The President of the Government, Pedro Sánchez, has promised —in a telephone conversation this Thursday— to Volodímir Zelenski that Spain will send more military material to Ukraine, in addition to continuing to train Ukrainian soldiers in national territory to fight in the war against Russia. 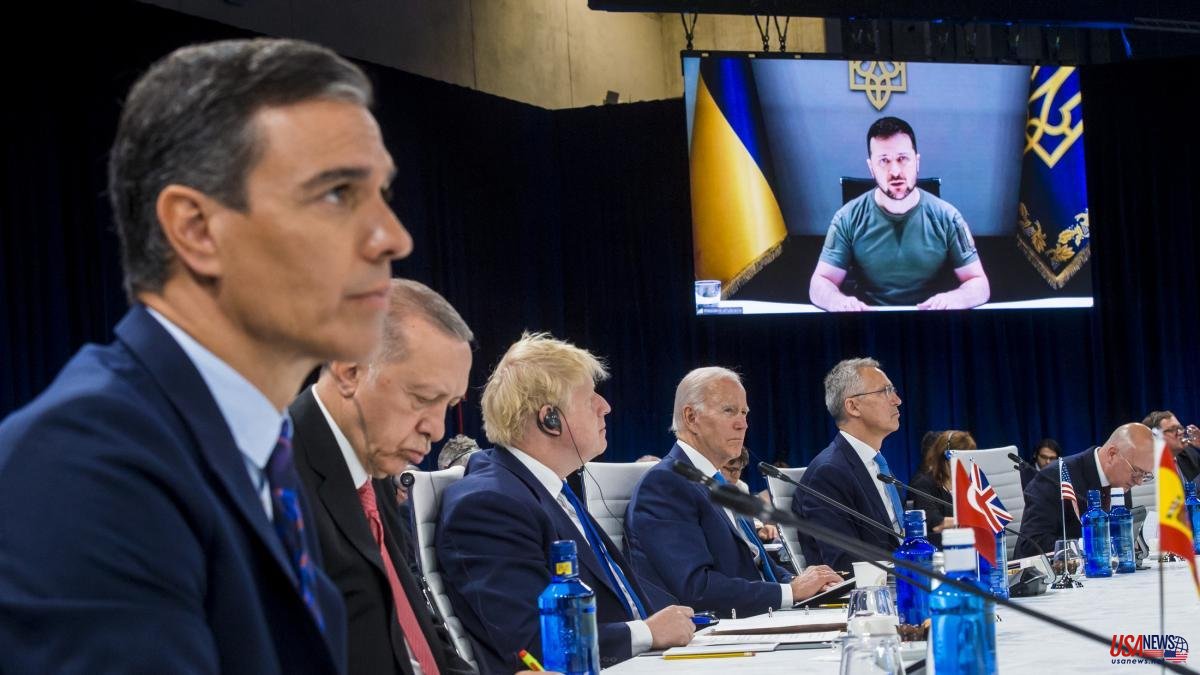 The President of the Government, Pedro Sánchez, has promised —in a telephone conversation this Thursday— to Volodímir Zelenski that Spain will send more military material to Ukraine, in addition to continuing to train Ukrainian soldiers in national territory to fight in the war against Russia. The call —which lasted about twenty minutes— is part of a round of talks that the President of Ukraine is holding with international leaders on the day that Vladimir Putin has ordered a 36-hour ceasefire.

The President of Ukraine has spoken with Joe Biden, Emmanuel Macron, Giorgia Meloni, Justin Trudeau and Narendra Modi. Also with Pedro Sánchez, who has conveyed to him the commitment that Spain continues to maintain with the Ukrainian people in different areas, two months after one year after the Russian invasion of Ukraine. The first, the sending of more military material, after the Ministry of Defense has donated artillery shells, grenade launchers or armored vehicles throughout 2022.

Support for Ukraine, as the central government had already announced, will continue to materialize with the training of soldiers and civilians in Spain. In Zaragoza, some twenty soldiers were trained in the anti-missile battery that the Government donated to Ukraine and for a couple of months dozens of civilians have been trained at the Training Coordination Center in Toledo. It is expected that this month of January 192 Ukrainian soldiers will arrive to be taught basic combat techniques.

Winter is hitting Ukraine hard and the Russian president knows that the cold has become another weapon of war to try to win the battle. When the Defense Minister, Margarita Robles, visited the besieged country, the authorities urged her to send electric current generators so that facilities such as hospitals or nursing homes would not be left without it. So far, 42 generators have been shipped. According to Moncloa, Sánchez has promised Zelenski to deliver 163 high-voltage equipment and 70 generator sets.

Regarding the exodus of Ukrainians who have been forced to leave their country since the conflict broke out in February last year, Spain has given temporary protection to 161,321 affected people, becoming the fifth country in the European Union in number of concessions. In addition, 36,838 minors have been enrolled in school and 74,733 Ukrainians have been registered in the National Health System.