“This government has had to face the consequences of a pandemic and a war. 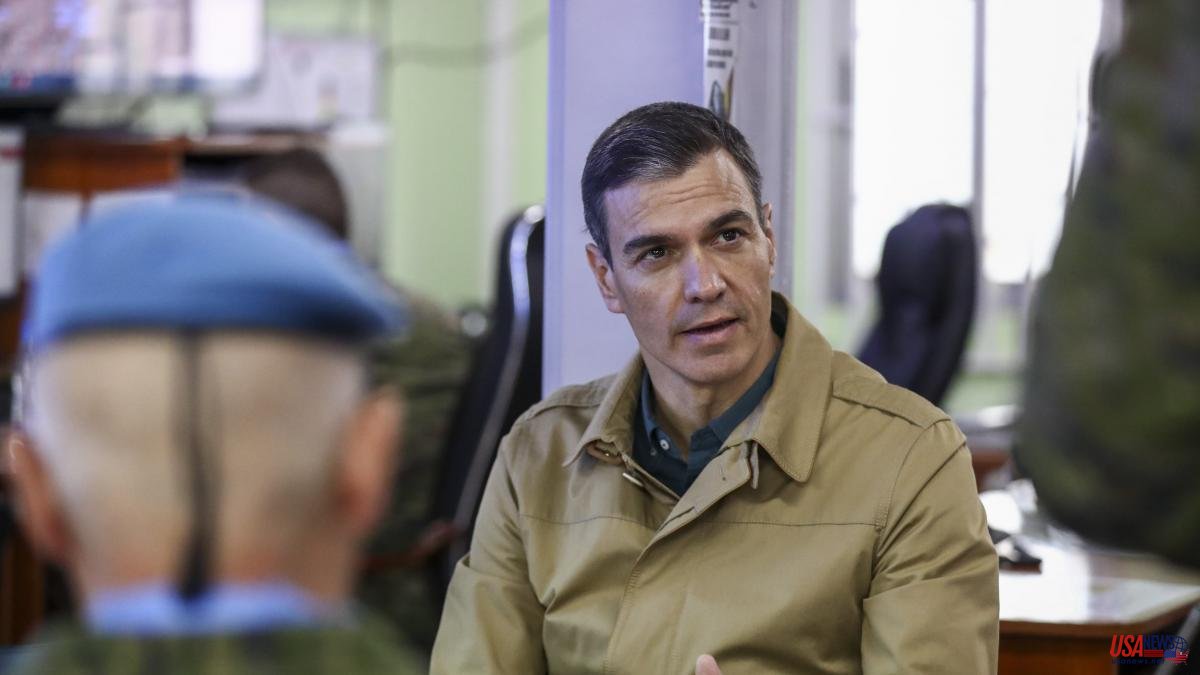 “This government has had to face the consequences of a pandemic and a war. And we have done so by deploying, in the most adverse conditions, the largest social shield in our history. If we have managed to protect families and companies and we have managed to move Spain forward with a gale against it, imagine we will achieve everything when the wind blows in our favour”. Pedro Sánchez says goodbye to the year, and welcomes a new eminently electoral course -with the appointment with the municipal and regional polls on May 28 and the general ones scheduled for December 2023- with a letter to the socialist militancy in which He defends his economic and social management, and contrasts his "progressive measures to protect ordinary people" with those that he could adopt "a hypothetical right-wing government with the ultra-right."

The PSOE leader highlights in the letter that the year that is about to end was marked by "the progressive and constant overcoming" of the coronavirus pandemic, as well as by "Putin's military aggression against Ukraine." “The consequences of this serious crisis are profound and have enormous global reach. The increase in the price of energy and an unprecedented inflation spiral are the most evident and hit the whole of Europe squarely. I am very aware of the difficulties that families, companies and the self-employed are going through in such a harsh scenario”, admits Sánchez. And, as President of the Government, he emphasizes that "I have given top priority to the objective of controlling inflation and alleviating its effects on the day-to-day life of the majority of society, also operating decisively at the European level, where Spain has defended the intervention of the energy market ”.

In this sense, the head of the Executive highlights that an "ambitious" crisis response plan has already mobilized measures worth 45,000 million euros. “A plan focused on three objectives: protect all citizens and the most exposed groups; reduce inflation; and continue growing to create stable and quality employment ”, he highlights. “Today, Spain is moving forward with a progressive coalition government approving progressive measures to protect ordinary people. Measures that are very different from those that a hypothetical right-wing government would adopt with the ultra-right”, highlights the PSOE leader.

“With all the prudence required, the results endorse our management. Today inflation stands at 6.8%, well below the European average. More than 20 million people contribute to Social Security and Spain grows and creates stable employment, dismantling the catastrophic predictions of a right wing incapable of articulating a coherent economic discourse ”, Sánchez emphasizes in his letter to the socialist militancy. However, he admits that "much remains to be done to continue reducing inflation that is still at high levels." And he recalls that last Tuesday the Council of Ministers approved a new package of measures "that will help to continue generating confidence, certainty and hope."

“It is one more sign that, unlike what happened a decade ago with the neoliberal response to the financial crisis, the bill for the crisis caused by the war in Ukraine will not fall on a middle and working class that this government places at the center of all its action”, says Sánchez. “A decade ago, the PP governments applied social cuts and imported financial bailouts from Europe. Today, with a progressive government, we are working to import solutions such as European funds and export others such as the so-called 'Iberian solution', which has managed to save Spaniards more than 4,000 million euros on energy bills”, he celebrates.

Sánchez thus warns that "Spain is advancing", and that it is doing so "despite the unjustifiable attitude of the right, which is outside the constitutional framework by persisting in an unacceptable blockade in the renewal of the institutions that only pursues one objective: to reverse by any means the rights and social conquests achieved in this legislature with the democratic reason of the votes”. “In the face of the irresponsible position of the main opposition party, the government will always respond calmly and firmly to guarantee that our Constitution is complied with in its entirety. With the most absolute conviction that democracy will always prevail ”, he guarantees.

"We do not forget where we come from or who we represent," Sánchez pointed out to the PSOE militancy. “We govern for the whole of society, but we are clear that our public policies are the only hope for a majority that is always relegated when others are the ones who exercise power”, he assures. And he thanks the militants for supporting "a social democratic project focused on improving people's lives and modernizing Spain with more social justice and territorial cohesion." “We will continue to advance in equality, rights and opportunities. Strengthening our welfare state with the certainty that there is no better bulwark from which to build a fairer, more prosperous and sustainable country”, she highlights.

And, given the imminent new electoral cycle, the PSOE leader warns that "some people wonder what the progressive government will do in an election year." “The answer is simple: the same as in the other years. This year we will raise the minimum wage, like last year and the year before. We will raise pensions, as in previous years. We will protect the purchasing power of families like the other years. In electoral years and those that are not, even and odd years, we will always govern for the majority, for the middle and working classes, for ordinary people”, Sánchez emphasizes.