Ravel's Bolero is like a moving train, an engine that propels the dancers until it leads them to a state of fatigue in which they have to check their strengths. 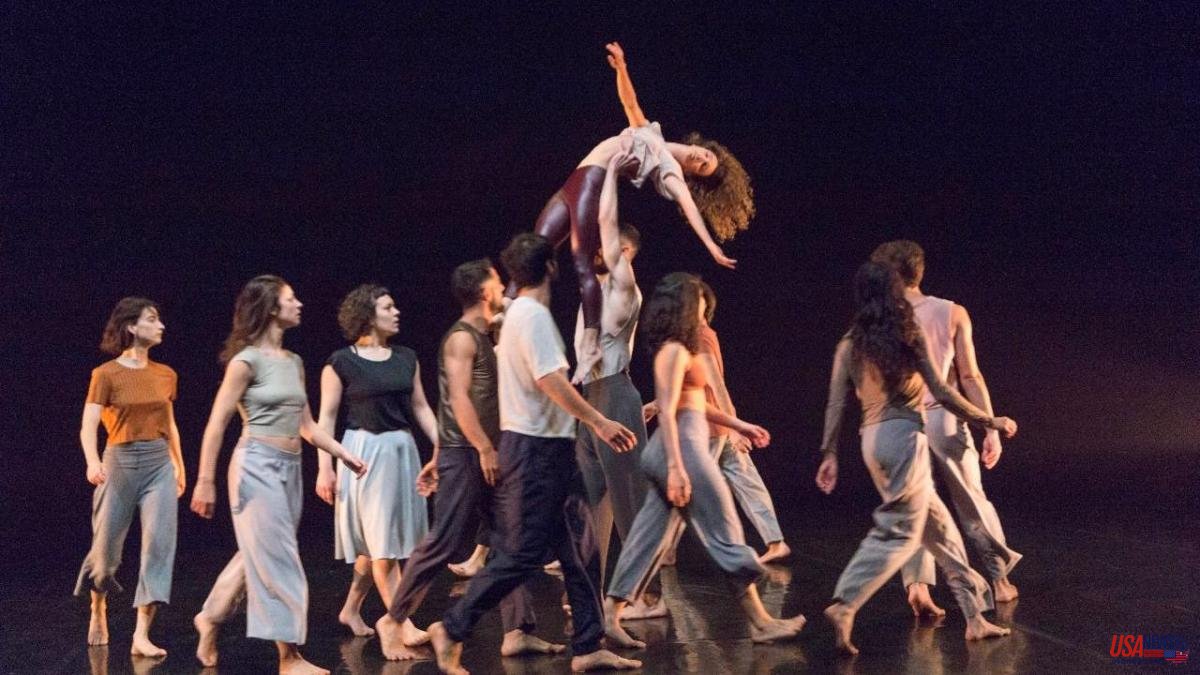 Ravel's Bolero is like a moving train, an engine that propels the dancers until it leads them to a state of fatigue in which they have to check their strengths. And that point is exactly what Jesús Rubio Gamo (Madrid, 1982), choreographer, dancer and writer -selected for two consecutive years (2017 and 2018) by the Aerowaves dance network among the twenty most outstanding young choreographers- wanted to investigate, when he delved into this famous score by the French composer.

The Mercat de les Flors opens the season today (until Saturday) rescuing the celebrated Gran Bolero that it co-produced with the Teatros del Canal and that, since it premiered three years ago and won the Max for the best dance show 2020, has not done more than reaping successes around the world. "I am interested in the pieces returning to the Mercat, especially when they have caused a stir and people are ready to welcome them back," says the director of the Barcelona dance house, Àngels Margarit.

The piece began as a duet with which Rubio rediscovered something he had lost: his love relationship with dance, already devoured by routine. “We came from the economic crisis and in Madrid everything was very neglected. In 2015 I tried Ravel's music in a rehearsal room, whose energy reminded me how fundamental music had been for me to decide that I wanted to dance”, explains the creator.

Shuffling the idea of ​​structure and how that of a choreography is carved in a way that "allows reaching places but hampers the possibility of reaching others", the large version of the duo ended up emerging: twelve dancers, six from the Community of Madrid and six from Barcelona who, three years after forming the same team... it's not that they dance, it's that they fly, as Margarit assures.

On the other hand, from tomorrow to Sunday Rubio premieres in Barcelona his solo The beautiful mystery that unites us, a work with which he was in residence at the Mercat and with which he somehow gives voice to the silent thoughts of a choreographer that make up part of the artisan part of his trade.

"The title came to me when I thought about people who say they don't understand dance," says the choreographer. Yes, the dance is a mystery, but it is beautiful. And in the same way that when I write there is a kind of state of mind in which I let words and ideas chain without the intention of going anywhere, with movement I feel the same. I am surprised at how some things are linked to others and the body is transformed, which is precisely the idea of ​​this season of Mercat, 'Qui balla muta'".

Regarding Bach's Chaconne, Rubio considers that both word and movement are those two mysterious flows "that summon things and speak to us about each one of us and also about what we are in the structure that unites us with others". Tomorrow and Saturday he himself will chain the dance of this solo in the Pina Bausch room with that of Gran Bolero in the MAC. Pieces in which there is a search for that transit that is dance.