Sifan Hassan falls off the 10,000 podium

The morning is warm in Eugene. 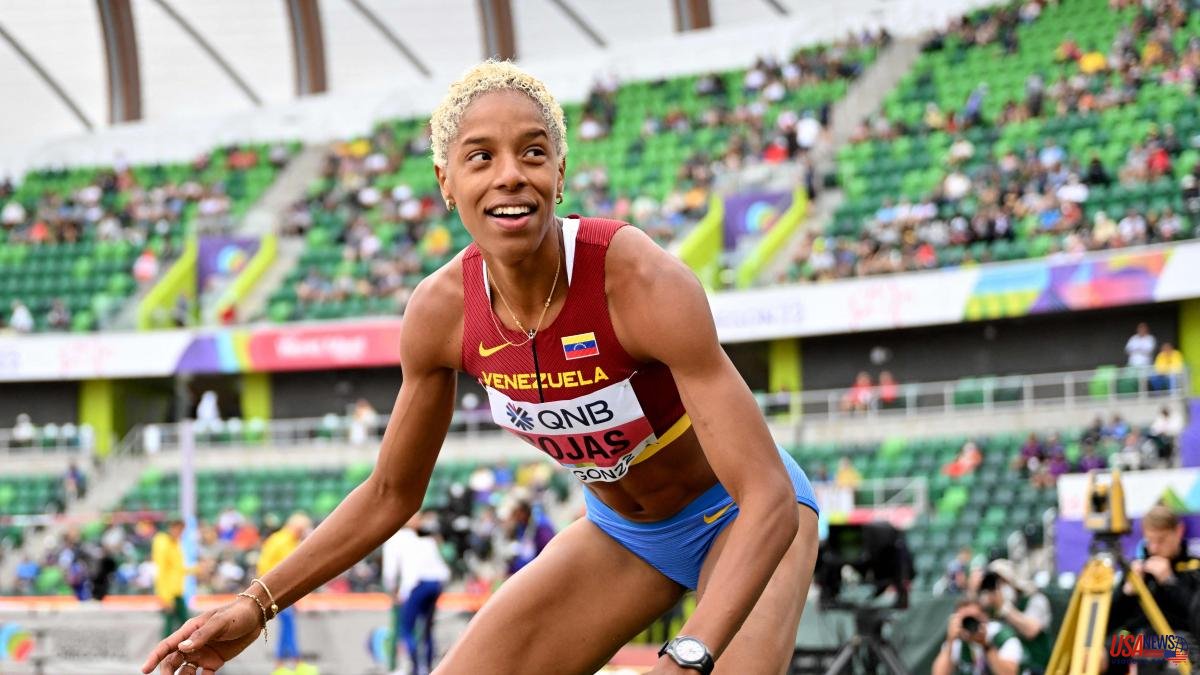 The morning is warm in Eugene. The sun does not appear, it has cooled off, the fog descends from the mountains and seems to envelop Hayward Field, extinguishing the light of its stars.

-It looks like an avatar -Xavier Gallego and Rocío Sotelo tell me. They are the parents of Sara Gallego and eventual teammates in the stadium.

Yulimar Rojas has very short hair, dyed blonde, and is eternal, with fine legs and a slow walk.

Its elasticity is electrical.

At the first attempt of the triple, the Venezuelan stays 30 centimeters from the board and even so, she goes up to 14.72m, well beyond the 14.40m that guaranteed her the pass.

Then he turns to his coach, Iván Pedroso, length legend, and shouts and his voice flies over Hayward Field, and immediately he picks up and leaves, a hello and goodbye that predicts a hypothetical world record, perhaps in the early morning final on Tuesday (3:20 a.m., Spanish time).

The new Spanish benchmark for high hurdles (in the absence of Orlando Ortega) starts in the third series of the 110m hurdles, where the American Daniel Roberts trips over the seventh obstacle. Sixth in the Tokyo 2020 Games, Asier Martínez wins the series in 13:36 and then, in the bowels of the stadium, he tells us:

-I see myself to do something important here. I see myself for a good brand. I could be in the final.

-You were a finalist in the Tokyo Games, do you feel the pressure now?

-Of course. Especially now that I've become a professional. I have a new sponsor who is helping me. But here is my coach, Françoise Beoringyan, who has come to Eugene and is like my sports father.

(the other Spaniard, Quique Llopis, also goes through to the semi-final, fifth in the 4th series, at 13:58)

The Norwegian deserves a separate paragraph.

His presence had been unknown until the last few days, as he was short on account of a hamstring injury in his right leg.

On the track, Warholm (26) is happy and excited.

He greets his coach after rehearsing a start.

Then it finally starts and we see the same powerful hurdler who runs multi-jumps and slides over the fences, a jet of energy that allows him to reach the last straight with a margin of five meters and ride the last two obstacles to sign 49.34, another to the semifinal.

We did not know anything about the multi-medallist from the bottom, world champion and Olympic champion of the 10,000 m. He had hardly competed (all that appears in the 2022 data is a solitary 5,000 in 15m13s4, just the 68th world mark of the year), he had hardly been seen in the training fields, nor in the Eugene woods, but here it was now: Sifan Hassan loomed in the 10,000 final.

He was distinguished by his tapered body, braids, and the orange uniform of the Netherlands.

He placed himself at the back and lap after lap, with pause and experience, a tarantula that poisons his opponents, he was gaining positions until he emerged in the fight for the podium, right on the last straight. What happened is that this time he had arrived in a hurry, three meters behind Letesenbet Gidey, the world record holder, who was going to find one more gear and was projected towards the title after a fascinating sprint between four (30m09s90), ahead of Hellen Obiri, Margaret Kipkemboi and Hassan, fourth in 30m10s56.