Should politicians pass an intelligence test?

One of the presentations this Sunday at the Hay Festival in Segovia has been dedicated to Meritocracy and elitism. 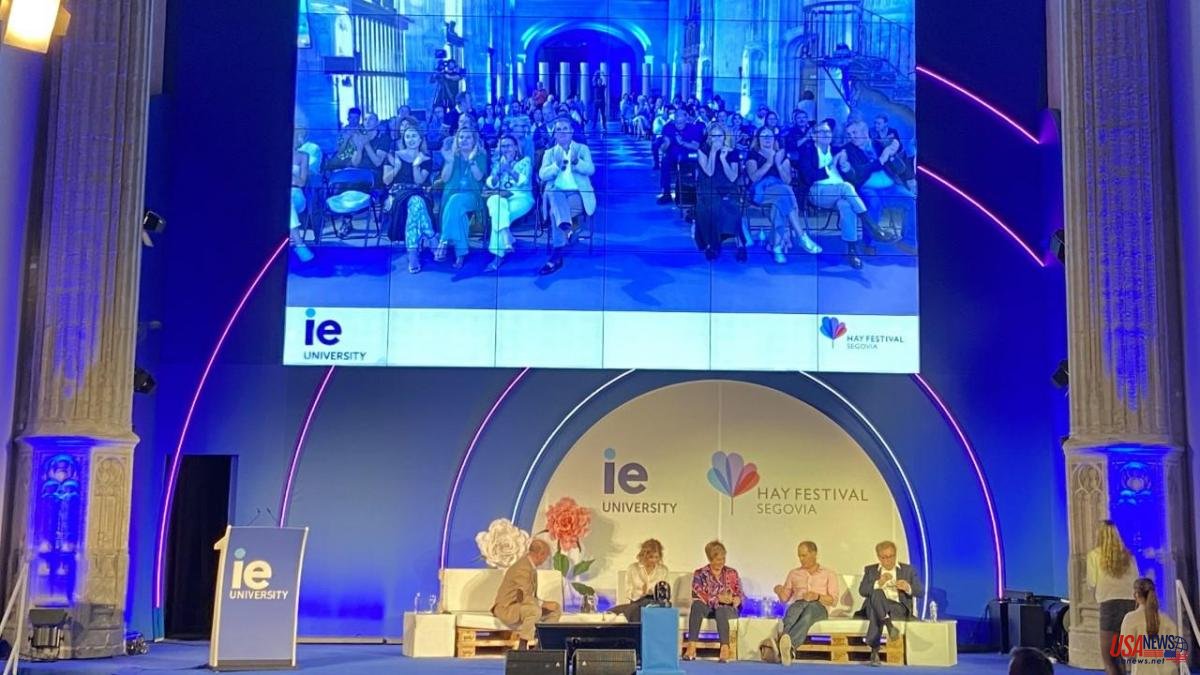 One of the presentations this Sunday at the Hay Festival in Segovia has been dedicated to Meritocracy and elitism. To how the social elevator works, to whom it reaches what: to govern us, for example. "I think we have a crisis of meritocracy," began Adrian Wooldridge, an essayist and columnist for Bloomberg, who advocates that the ruling classes be subjected to a stricter analysis of capabilities...

Wooldridge published in 2021 The Aristoracy of Talent, an analysis on the matter, and next to him was Simon Kuper, a journalist for the Financial Times who has just released Chums: How a Tiny Caste of Oxford Tories Took Over the UK (How a small caste of Oxford Conservatives took control of Britain); Kuper also wrote The Barcelona Complex, about Messi's Barça. But it is that in front (from a doctrinal point of view) they had two representatives of the "questioned" side: Hana Jalloul Muro, of a Lebanese father and who in 2020 and 2021 was secretary of state for migrations, and Celia Villalobos, former minister of the PP (who replaced Cayetana Álvarez de Toledo at the last minute).

"The best way to improve meritocracy is to gauge the achievements of people in their academic life and also the abilities that are not measured, with talent search programs, objective tests of abilities, IQ tests...", defended Wooldridge. “So should all of society vote or just the smartest?” she suggested.

“One problem with the current regimes is that it is a mixture of plutocracy and meritocracy. We have an elite of privileged people, highly educated, who buy educational advantages, go to the best universities and end up with better opportunities.”

This essayist recalled how in some countries the leaders of estates are chosen as the judicial powers: among themselves. He did not clarify whether he was thinking of the Spanish Constitutional Court or the General Council of the Judiciary, the former in crisis since this week and the latter four years ago. But he did raise whether the democratic system should have a kind of scale, based on the capacity of each one...

Villalobos, in any case, jumped into the rag, first to ask whether "for example journalists" (glubs) should also pass an intelligence test, and second to remind him that in Spain it is the political parties (democratically elected) who choose the governments judicial. Those who do NOT choose them, one might say.

“The problem – added popular politics – is that we are still in the Middle Ages, with a man who commands a lot with his slaves, because that is reproduced. What a friend calls GBTV continues to function: the Good People of All Life, and who are almost always unfortunates”.

Jalloul repeated several times the need to establish or improve or prioritize "equal opportunities", more than anything because "there are many things that intelligence tests do not discover, such as empathy, drive, attitude..."

Kuper explained that the English universities of Oxford and Camdridge, traditional creators of the British ruling classes (political, media and economic) are deliberately altering the origin of their students, partly for demographic reasons: their usual suppliers of students are aging, that is, they are less and less. “In Oxford and Cambridge it already happens that two-thirds of the students come from public schools. Meritocracy was actually pure plutocracy: only the most privileged had access.”

They have also talked about new trends and professions in the presentation “Of artists and robots”. The artist Monica Rikic has chatted with the computer scientist and programmer Nerea Luis Mingueza, spurred on by the journalist Miquel Molina, deputy director of La Vanguardia, who has issued a prior warning: "We will possibly come out of this talk with more questions than answers." The two experts have tried to chew some concepts that are incomprehensible to most, and have addressed ethical and artistic aspects of the use of new technologies.

For example: can you put the voice of a dead family member on Alexa? The question is not whether it is technically possible (obviously it is), but whether it is tolerable from an ethical or even domestic point of view. Don't we listen to music or read books or watch movies by dead artists? They have been raised. Rikic questions: "Who has the legitimacy to create ethics in a field that is absolutely immediate and above all universal?"

“There are no unique and true ways to face the moral dilemmas of technology”, says Nerea Luis, “in certain sectors there is talk of high-risk artificial intelligence. For example, what algorithm is applied to employment policies, and how does that create inequalities? The health sector is the most advanced, because apart from the algorithm there is the patient, the effect is in the first person”.