Serrat begins his farewell in Catalonia

“Thank you for coming to this party. 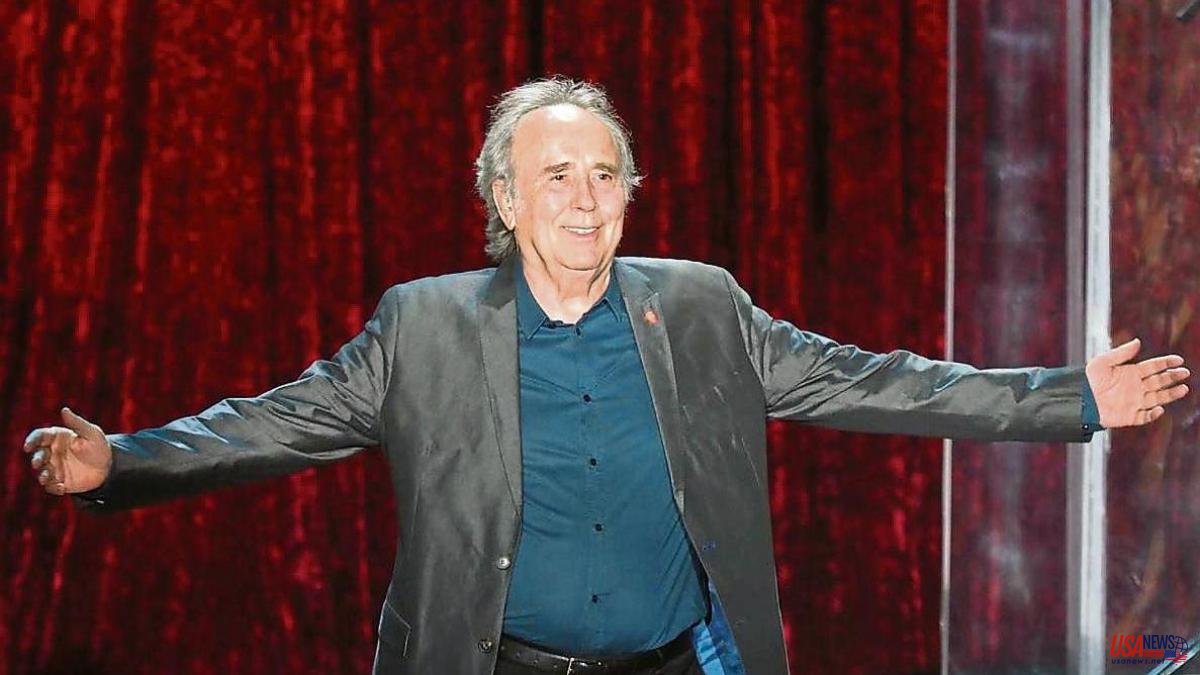 “Thank you for coming to this party. So I can thank them one by one for having accompanied me for so many years. But put aside the nostalgia, because if you think about it, from now on we only have the future. Words spoken by Joan Manuel Serrat last night as he passed through the Castell de Peralada Festival, the first stage in Catalonia of the marathon tour El vice de cantar, which began in April in New York. Farewell stage tour that will culminate at the end of the year in the singer-songwriter's native Barcelona. Which does not necessarily mean that he leaves the forum absolutely, since at the time of announcing his goodbye to the finery, he did not rule out continuing to make songs and record them.

Time will tell if the muses (and the desire) will continue to smile at Serrat in the near future. As is often said, nothing is more important than the here and now; and nothing is more relevant at this moment than the warm ovation with which the public gathered in the Alt Empordà (full capacity, 1,350 spectators) received our protagonist this Saturday night.

Serrat, 78 years old, had started his concert with Temps era temps, a celebrated song with an undoubted generational bias (“temps d'estraperlo i tramvies / farinetes per sopar”), although this is not the only interesting hook of the piece in question. And it is that being a reflection of a time and a country (or rather countries), Serrat's proposal goes beyond the time mark. In his case, the classic, more than a handy label, corresponds to an incontrovertible reality: that of finding ourselves before the best singer-songwriter of his time in the Spanish-speaking world.

It should be added that last night's concert was doubly special, since Serrat is the artist who has performed the most times at this festival in its 35-year history, sometimes in such striking formats as with the Orfeón Donostiarra, or also as a team with his compadre Joaquín Sabina. Yesterday, he appeared accompanied by an outstanding band of seven elements, among whom long-standing partners and friends such as Josep Mas Kitflus (keyboard) and Ricard Miralles (piano) stood out.

Going back to the sixties, Joan Manuel Serrat and his band immediately attacked Cançó de bressol, to then jump to the first song in Spanish of the night, El carrusel del Furo. Moment in which the singer-songwriter addressed the audience again: “I have to thank you. If it wasn't for you, I wouldn't be here tonight. But I must also thank the characters in my songs, which are neither true nor false. They are fantasies with a few drops of reality, or perhaps the other way around”, he revealed before tackling a dynamic Señora, followed by Seria fantàstic and the graceful Me’n vaig a peu.

At the time of writing this chronicle, the Israeli singer Noa, a surprise guest at the gala, had not yet appeared on the scene, who was to accompany him in Es capricious el hazard. The forecasts also pointed to Serrat going through several decades of his songbook offering a vision of his work in which, naturally, classics such as Mediterráneo and passages through the poetry of Miguel Hernández (Nanas de la onion, Para la libertad ) and Antonio Machado (Songs).

All of this, together with early testimonials such as Cançó de matinada or that ecological song avant la lettre that was Pare, and wonders of the caliber of I do nothing but think of you, Today can be a great day or Those little things, for to cite just a few examples of Serrat's populous repertoire on such a special night. And Paraules d'amor, of course, as the last encore of a recital lasting an estimated 150 minutes.