In an extensive article in Vogue magazine, Serena Williams reviews her long and successful career in tennis, reflects on the mark she has left on the racket sport and even hints at an upcoming retirement to focus on other aspects of her life, on all his family and especially his daughter, Olympia. 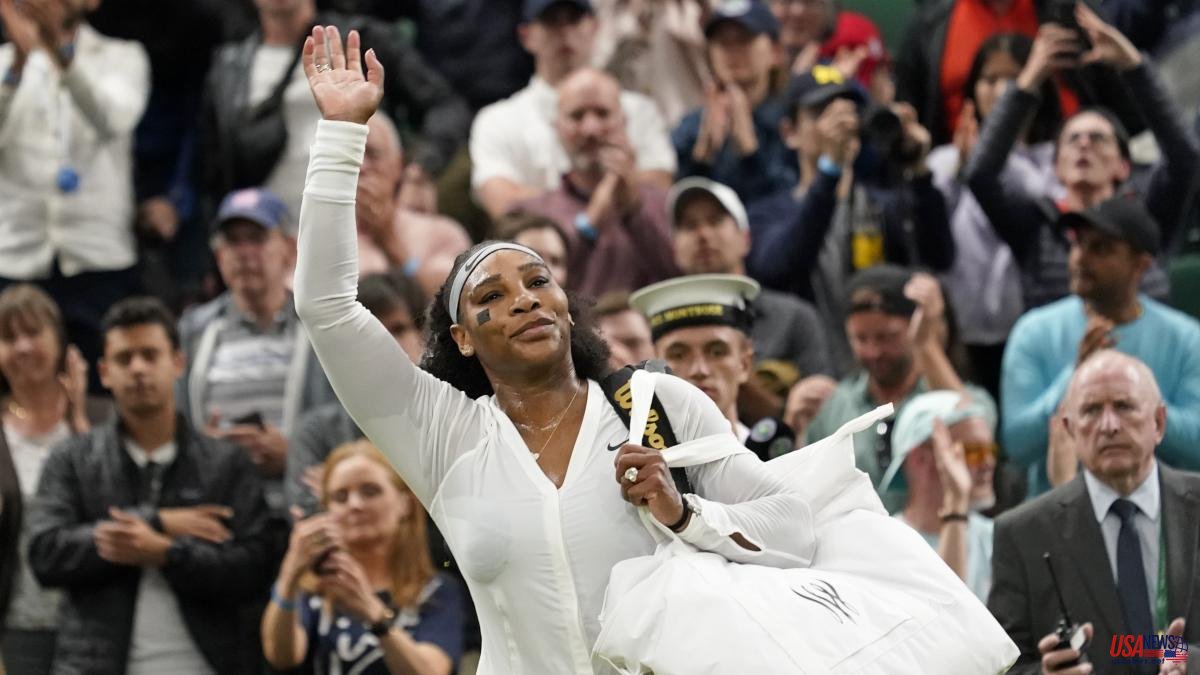 In an extensive article in Vogue magazine, Serena Williams reviews her long and successful career in tennis, reflects on the mark she has left on the racket sport and even hints at an upcoming retirement to focus on other aspects of her life, on all his family and especially his daughter, Olympia.

"I've never liked the word retirement. It doesn't seem like a modern word to me. I've been thinking about this as a transition, but I want to be sensitive about how I use that word, which means something very specific and important to a community of people. Maybe the The best word to describe what I'm doing is evolution. I'm here to tell you that I'm moving away from tennis, towards other things that are important to me," writes the winner of 23 Grand Slams, just one short of the long-awaited record of 24 achieved by Margaret Court.

This Monday, Williams, 40, beat the Spanish Nuria Parrizas Díaz in the first round of the Toronto Masters. It was her second match since her return to the courts at Wimbledon last June, when she lost her debut to France's Harmony Tan. "Unfortunately I wasn't ready to win Wimbledon this year. And I don't know if I'll be ready to win in New York. But I'm going to try. And the previous tournaments will be fun, "he explains about his options on the US tour and especially the US Open, according to some US media his last tournament before retiring.

"I know there's a fan fantasy that I could have matched Margaret that day in London, then maybe beat her record in New York, and then at the trophy ceremony say, 'See ya!' I get it. "It's a good fantasy. But I'm not looking for a final ceremonial moment on the track. I'm terrible at goodbyes, the worst thing in the world. But let them know I'm more grateful than words can express. They've taken me to so many victories and so many trophies. I'm going to miss that version of me, that girl who played tennis. And I'm going to miss you," concludes the text, considered by many to be the best tennis player in history.

Williams won her last Grand Slam in 2017, specifically the Australian Open when "she was two months pregnant". Since then she has been chasing with no luck the big number 24 that would put her on the same level as Margaret Court. She was close to her in both 2018 and 2019, when she reached the finals of the US Open and Wimbledon, but from then on she lowered her performance.

"There are people who say I'm not the GOAT (greatest of all time) because I didn't pass Court's record, which she set before the 'open era' that started in 1968," says Williams, a former world number one. , who is honest about that failed goal so far: "I would be lying if I said I don't want that record. Obviously I do. But day by day, I'm not really thinking about it. If I'm in a Slam final, then yes. Maybe I thought about it too much, and that didn't help."