Juicy investments on US soil, greater military and economic cooperation and the feeling that their alliance is reinforced after a few years in decline. 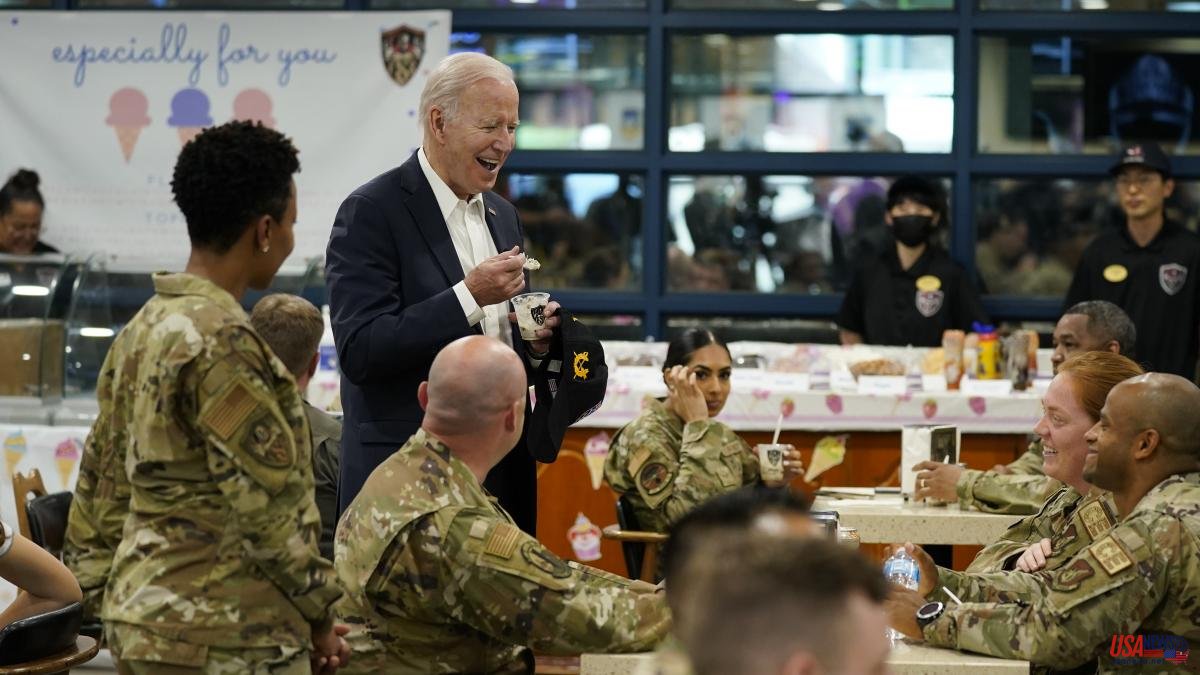 Juicy investments on US soil, greater military and economic cooperation and the feeling that their alliance is reinforced after a few years in decline. In general terms, that is the balance of the first visit of the president of the United States, Joe Biden, to South Korea since he arrived at the White House in January of last year. A trip that he continued this Sunday through Japan, the second and last stop on his Asian tour, where he will seek to expand the cooperation of his allies in the face of China's economic and military boom.

The tour, which began last Friday, brought together for the first time the seasoned American politician with the newly appointed president of South Korea, Yoon Suk Yeo, a former prosecutor with little political experience who narrowly won the recent elections. Among his main objectives was to restore relations between two old allies after the ups and downs that their relationship suffered during the government of his predecessors, the unpredictable Donald Trump and the progressive Moon Jae In.

In addition to establishing a relationship of trust, Biden has dedicated his days to deepening economic and commercial cooperation in strategic sectors such as chips or electric vehicles. The president visited a Samsung semiconductor plant on Friday, which plans to invest 17,000 million dollars to build a similar facility in Taylor, Texas. On Sunday, he met with officials at Hyundai, which plans to spend another $10 billion on an electric vehicle plant and self-driving software development in the United States.

But how could it be otherwise, North Korea and its growing aggressiveness - almost 20 ballistic tests so far this year - was the main protagonist of the bilateral meeting. During the meeting, the two promised to increase the volume of their joint military exercises and strengthen deterrence capacity on the Korean peninsula, which includes "a commitment to deploy strategic US military assets in a timely and coordinated manner as necessary," according to picked up the joint statement.

They also stated that Washington and Seoul are "prepared" to respond to any provocation from Pyongyang, including a nuclear or intercontinental ballistic missile test, which is believed to be imminent.

Still, they also left room for rapprochement. Biden reiterated his offer of health care - including vaccines - to North Korea, which is currently suffering from an outbreak that has already left more than 2.5 million possible infected in the country (Pyongyang has not responded to the offer). He also noted that he is willing to meet with Kim, as his predecessor did three times, although it would require certain preconditions. “It would depend on him being sincere and serious” in the negotiations, he added.

Biden concluded his stay in South Korea with a visit this Sunday to the Osan air base, about 70 kilometers south of Seoul. There he spoke with US and South Korean military personnel, whom he thanked for "his central role" in defending the peninsula, before heading to Japan.

In Tokyo, he will meet this Monday with the Japanese Prime Minister, Fumio Kishida, with whom he will stage his unity in the face of the increase in Chinese power in the region. During the day it is also planned to announce the creation of the Indo-Pacific Economic Framework (IPEF), a new initiative that was born with the aim of strengthening commercial ties between the US and its main partners in Asia. However, the fact that the framework does not include tariff advantages or other specific incentives to access the US market runs the risk of making it less attractive for emerging Asian economies, so its final scope is not at all clear.

The icing on the eastern journey will come on Tuesday with the meeting of the leaders of the informal Quad alliance (USA, India, Japan and Australia). As Biden's national security adviser, Jake Sullivan, said today, at the meeting they aspire to "send a clear message of deterrence" against "military aggression or unilateral changes to the status quo" in the Indo-Pacific.