School of Writing: survival and future

When life shakes us, we seek refuge. 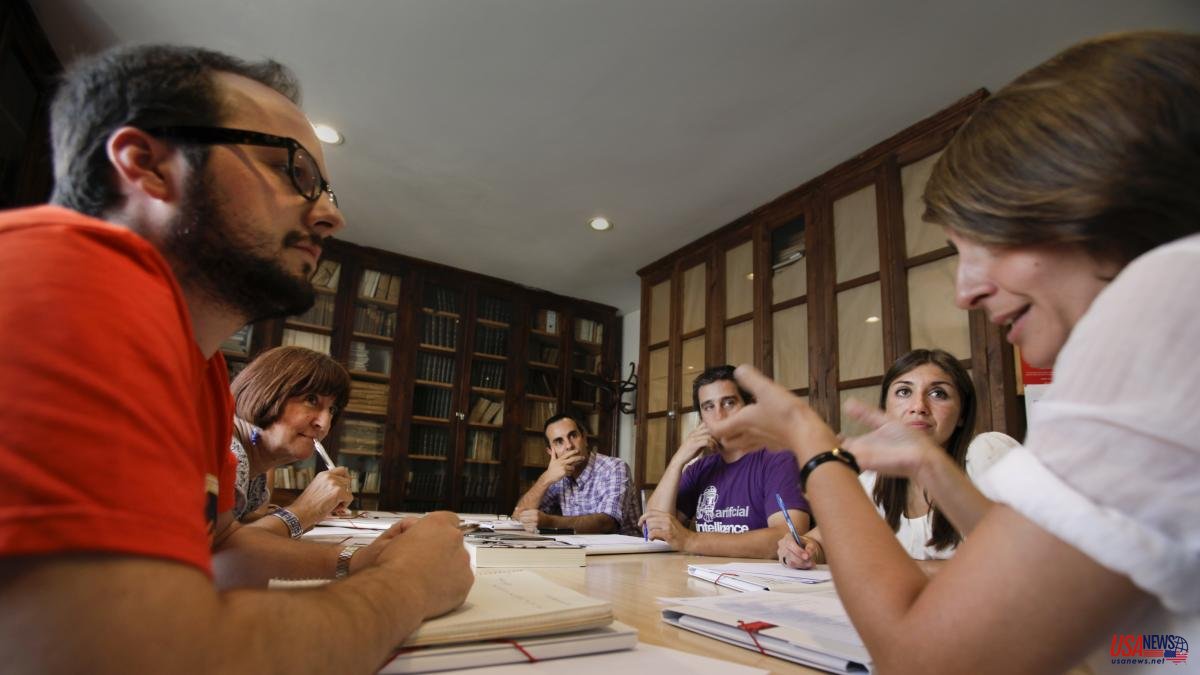 When life shakes us, we seek refuge. Only time helps us to rebuild ourselves. I had to live it. It was long and hard. Little by little I bet on life. In my search for the north, I made very different tests. Until I discovered the programs offered by the Escola d'Escriptura del Ateneu Barcelonès. There was the possibility of doing online courses on literature.

While confirming, once again, that literature is my particular salvation, I enrolled. I did a course on the Iliad taught by the professor and poet Mònica Miró Vinaixa. She helped me enter a magnificent world, located many centuries ago, but extrapolated to the doubts, emotions and contradictions that we have to live today. The Homeric universe saved me. Mònica's enthusiasm, passion and extraordinary cultural background were a therapeutic source.

Fifty-two people work at the Escola d'Escriptura. It is a company that has become an ambassador for creative writing in particular and culture in general. Every year there are more than two thousand registrations in his courses: people from all over the world enroll. Rosa Maria Prats, who worked on the Spanish translation of my latest novel, is also a teacher.

The Escola d'Escriptura is experiencing a conflict with the Ateneu Barcelonès. Currently, the workers of the Escola d'Escriptura strive for culture, but they come up against the immobility and mistreatment of the board of directors of the Ateneu. Their situation highlights the precariousness of the people who write, teach or exercise in any artistic exhibition.

The Ateneu has a magnificent building, an emblematic space and a history. But what is your present? What real impact do the activities you organize have? How many people and what age ranges does it move? Perhaps the Ateneu, in its solemnity and beauty, lives with its back to the world. Perhaps it demands too much of one of its economic and cultural assets, the Escola d'Escriptura.

Relations have always been strained. The Escola d'Escriptura is governed by a collegiate management. In 2006, when it became known that Pau Pérez, one of the directors, had revised the text of La catedral del mar, by Ildefonso Falcones, the number of enrollments doubled and a new full-time teaching staff was incorporated.

When the pandemic broke out in 2020, the Ateneu closed its doors. It does not offer any service or activity. The consequences are a great loss of partners and a crisis. At the same time, the Escola d'Escriptura is looking for formulas to continue classes. The number of virtual students is increasing a lot. The new Ateneu board, which enters in March 2021 and is chaired by Isona Passola, has a significant economic hole and wants to take action. It requires that, in addition to the face-to-face students, who have always paid the Ateneu membership fee, the virtual ones also contribute fifty percent of that fee, even if they never set foot in the Ateneu, nor do they ever use its facilities.

The Escola d'Escriptura has adapted to the present, thanks to the enormous effort of those who work there. The board of directors of the Ateneu intends to impose iron measures. Eternal combat: that of those who fight to make culture and that of those who hide in a false culture of appearances and shop windows.