Here are the top developments from Wednesday, as it draws to an end in Moscow and Kyiv. 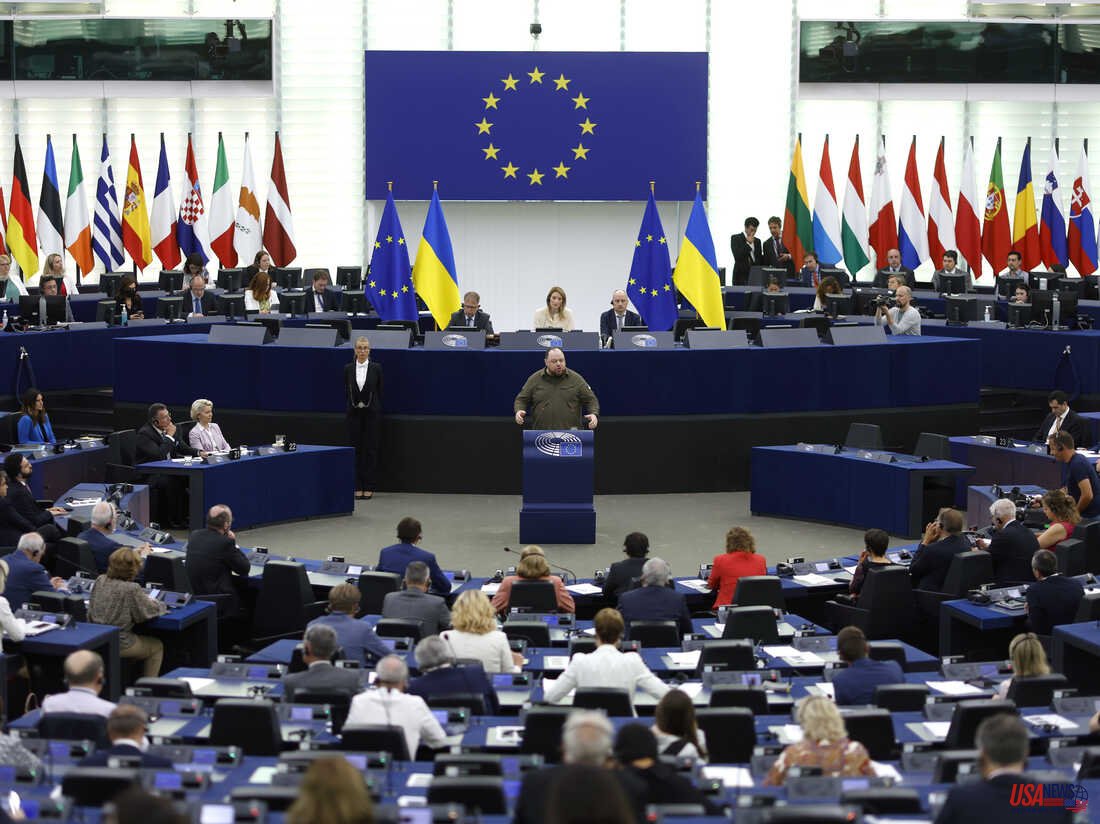 Here are the top developments from Wednesday, as it draws to an end in Moscow and Kyiv.

According to the Ukrainian Defense Ministry, Russia handed over the bodies of 210 Ukrainian soldiers who were killed in Mariupol. Many of the soldiers died protecting the Azovstal steel factory, the last remaining holdout in the southeastern town. After a long siege that lasted for weeks, Russia took control of Mariupol in May. It was the culmination of intense fighting against a Ukrainian regiment stationed at the steel plant. Russia claimed that more than 2,400 fighters had surrendered. The government of Ukraine stated that remains of Azovstal defenders who died in battle arrived in Kyiv after an exchange of war dead.

The speaker of Ukraine's parliament pleaded for European Union membership at European Parliament. Ruslan Stefanchuk warned lawmakers in a speech that any other signal would only encourage Russian President Vladimir Putin. EU leaders are expected later in the month to accept Ukraine's request for EU candidate status.

Ankara was the venue for talks between the Turkish and Russian foreign ministers. However, they failed to make progress toward shipping millions of tonnes of grain from Russia and remained stuck at Ukraine's Black Sea ports. Ukraine is a major exporter of wheat, which many countries in Africa and the Middle East depend on. However, Russia's invasion of Ukraine has prevented access to its ports. Turkey stated that Russia would agree to establish a safe corridor if the West accepted Moscow's request to lift sanctions. Ukraine did not participate in the negotiations and raised concerns about the proposed corridor. Security guarantees were needed. Russia also demanded Ukraine to remove all mines from Black Sea.

According to Volodymyr Zelenskyy, the Ukrainian President continued to defend parts in eastern Donbas from Russia's attack. He said that the areas hardest hit by fighting were the cities of Sievierodonetsk and Lysychansk. Russia's defense minister claimed that 97% of Luhansk is under Russian control. According to Zelenskyy and British defense intelligence, the Ukrainian forces are holding on. According to the United Kingdom's Defense Ministry, Ukraine had successfully counterattacked in the southwestern Kherson area and retaken a foothold at the Inhulets River's eastern bank.

These Russian couple didn't intend to marry. They were changed by the Ukraine war.

Russia continues to block a vital port in Ukraine, as fighting continues in Ukraine’s east.

The world is being changed by Russia's war on Ukraine: You can see its ripple effects all around the globe.

More daily recaps can be found here. You can find NPR's coverage of more details and context here. Subscribe to NPR's State of Ukraine podcast to receive updates throughout the day.