Russia sentences journalist to 22 years in prison for high treason

In a single day the Russian news community has received two heavy blows. 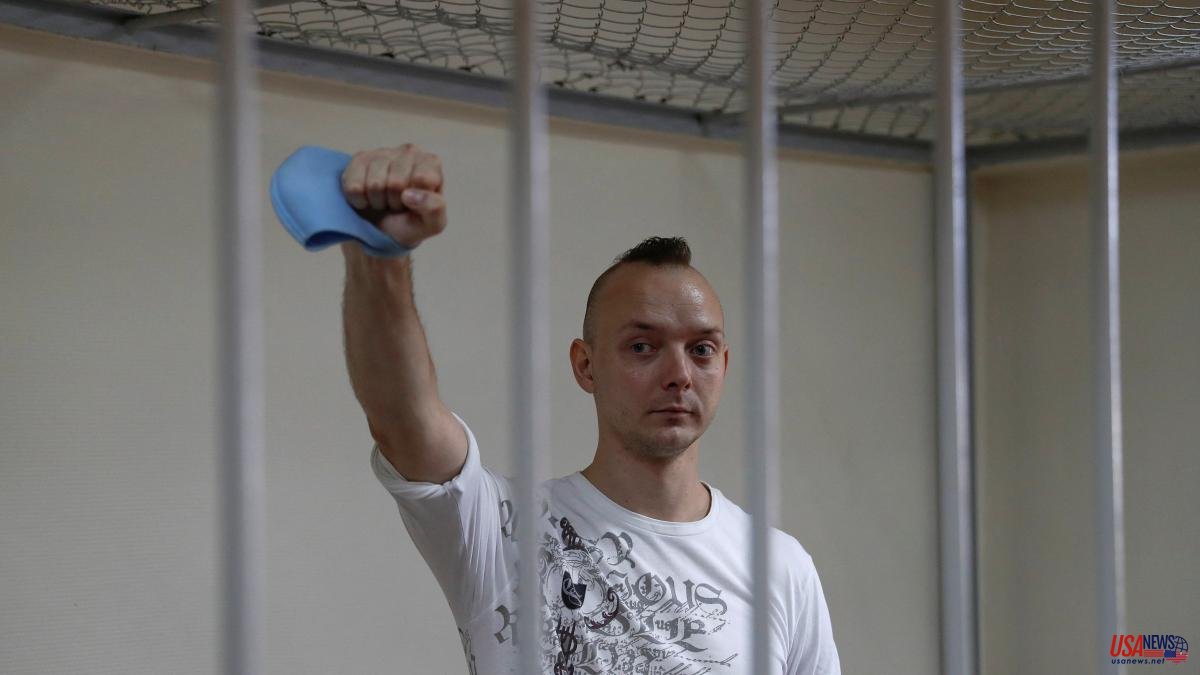 In a single day the Russian news community has received two heavy blows. A few hours after a court on Monday withdrew the publication license of Nóvaya Gazeta, one of the few independent media outlets left in Russia, another court has found a prominent investigative journalist, Iván Safrónov, guilty of high treason and He has been sentenced to 22 years in prison "in a high security penal colony".

Specialized in defense information, Safrónov worked for the Kommersant and Védomosti newspapers before being hired as an information policy adviser to the head of Roscosmos, the Russian space agency. He was in that employment situation when in July 2020 agents of the Federal Security Service (FSB) arrested him. Since then he has been in preventive detention in Moscow's Lefortovo prison. He is 32 years old.

The informer was charged with collecting secret military information and handing it over to spies in the Czech Republic.

Due to the treason accusations, all subsequent investigation and evidence were declared secret and the trial has been held behind closed doors. The first defense attorney, Iván Pávlov, revealed however that, according to the indictment, Safrónov would have been recruited by the Czech secret services in 2012 and would have transmitted secret information about military-technical collaboration between Russia and a North African country, and about the actions of the Russian army in the Middle East. Prosecutors also claimed that the final recipient of that information was the United States.

The indictment claims to have accumulated evidence of the illegal activities of the journalist, who between 2015 and 2019 collected classified information on Russia's military-technical cooperation with some former Soviet republics, countries in the Middle East, Africa and the Balkans.

Safronov, who has refused until the last moment to reach an agreement with the Prosecutor's Office and plead guilty, has always maintained that the accusations are "directly related to his journalistic work." His supporters also believe that his case is revenge for reporting on arms deals. His lawyers will appeal the sentence.

The Russian authorities maintain the opposite and assure that it has nothing to do with their professional activity.

But the BBC's Russian service reported that the whistleblower's surveillance began in 2019, after the scandal caused by an article published in Kommersant about the supply of military weapons to Egypt, including two dozen Su-35 fighters.

The trial began in March of this year, with secret sessions. When the verdict was read on Monday at the Moscow City Court, many attendees began to chant "Freedom, freedom" and burst into applause in support of the informer.

After the prosecution requested 24 years in prison, one of his lawyers, Yevgeny Smirnov, said that just during a break the prosecutor had offered the journalist to admit his guilt in exchange for a 12-year sentence. Ivan Safronov refused and continued to defend his innocence.

Several Russian independent media, including Meduza, Dozhd (TVRain), Nóvaya Gazeta Europe and The Moscow Times issued a statement before the hearing calling for Safronov's release. "The motive for the persecution of Safronov is not 'treason', which has not been proven, but his journalistic work," they said.

This is the first traditional case involving a Russian journalist since 2001, when reporter Grigori Paskó was sentenced to four years in prison for revealing various environmental violations committed by the Russian army.