Natural gas is once again flowing from Russia to Europe through the important Nord Stream 1 gas pipeline after a ten-day closure for maintenance that had set off alarms among European authorities. 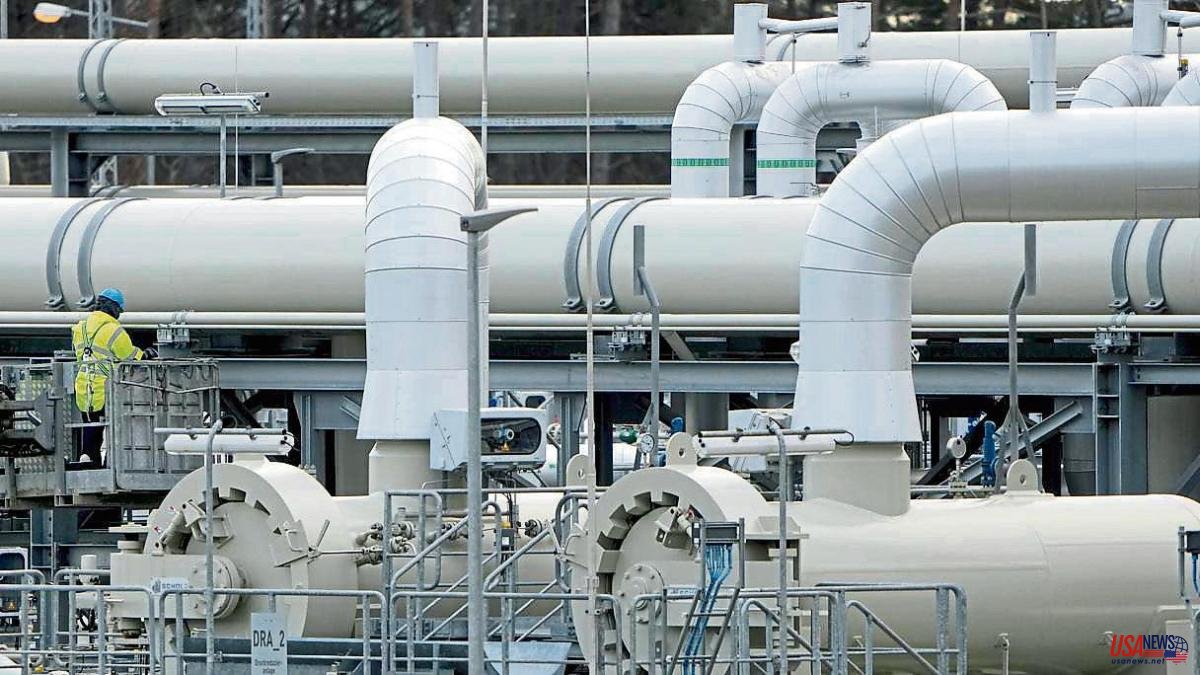 Natural gas is once again flowing from Russia to Europe through the important Nord Stream 1 gas pipeline after a ten-day closure for maintenance that had set off alarms among European authorities. What is unknown, for now, is to what extent Russia has opened the tap, and it is that it was expected to do so in quantities much lower than the total capacity of this gas pipeline that connects Russia with Germany.

The Nord Stream 1 had been stopped since July 11 for maintenance tasks. And amid rising tensions over Russia's war in Ukraine, German officials feared that the pipeline, the country's main source of Russian gas, which has accounted for about a third of Germany's gas supply, might never come back online. open.

But finally, the operator Nord Stream AG has reported this Thursday morning that the gas has already begun to flow after having "successfully" completed the maintenance work, although it has also warned that the flow will take some time to increase, according to the agency. of German news DPA. Deliveries are feared to fall well below the pipeline's full capacity. Given this, however, Nord Stream has maintained that it expects to distribute an amount of gas similar to that seen before maintenance.

The head of Germany's network regulator, Klaus Mueller, has confirmed for his part that Gazprom Russia has notified deliveries for this Thursday of around 30% of the pipeline's capacity.

In mid-June, the Russian state-owned Gazprom already reduced the flow to 40% of capacity. He cited alleged technical problems related to equipment that partner Siemens Energy sent to Canada for review and could not be returned due to sanctions imposed over the Russian invasion of Ukraine. Given this, the Canadian government authorized earlier this month the delivery of the turbine that feeds a compressor station at the Russian end of the gas pipeline.

For its part, the German Executive has rejected Gazprom's technical explanation for the gas reduction, repeatedly criticizing that it is a pretext for a political decision with the mission of sowing uncertainty and driving up energy prices even more. In this sense, from Berlin they assure that the turbine was a replacement that was only supposed to be installed in September and that everything possible is being done to deprive Russia of the pretext to reduce supplies.

Russian President Vladimir Putin stated this past Tuesday that Gazprom had not yet received the relevant documents for the return of the aforementioned turbine, a request that Gazprom insisted on Wednesday. In addition, Putin has already warned that Gazprom would shut down another turbine for repairs at the end of July, adding that if the one sent to Canada is not returned by then, the gas flow would decrease even more.

The president of the European Commission (EC), Ursula von der Leyen, responded on Wednesday that the turbine is "on the way" and that "there is no excuse not to deliver" gas.

Still, the EC has proposed that member countries cut their gas use by 15% in the coming months as the bloc prepares for a possible complete Russian cutoff of gas supplies. A plan to which the Spanish Government has already expressed its rejection.