The Russian Duma (Lower House) approved this Thursday in the third and final reading a law that totally prohibits "LGBT propaganda" in the media, the internet, advertising, literature and the cinema. 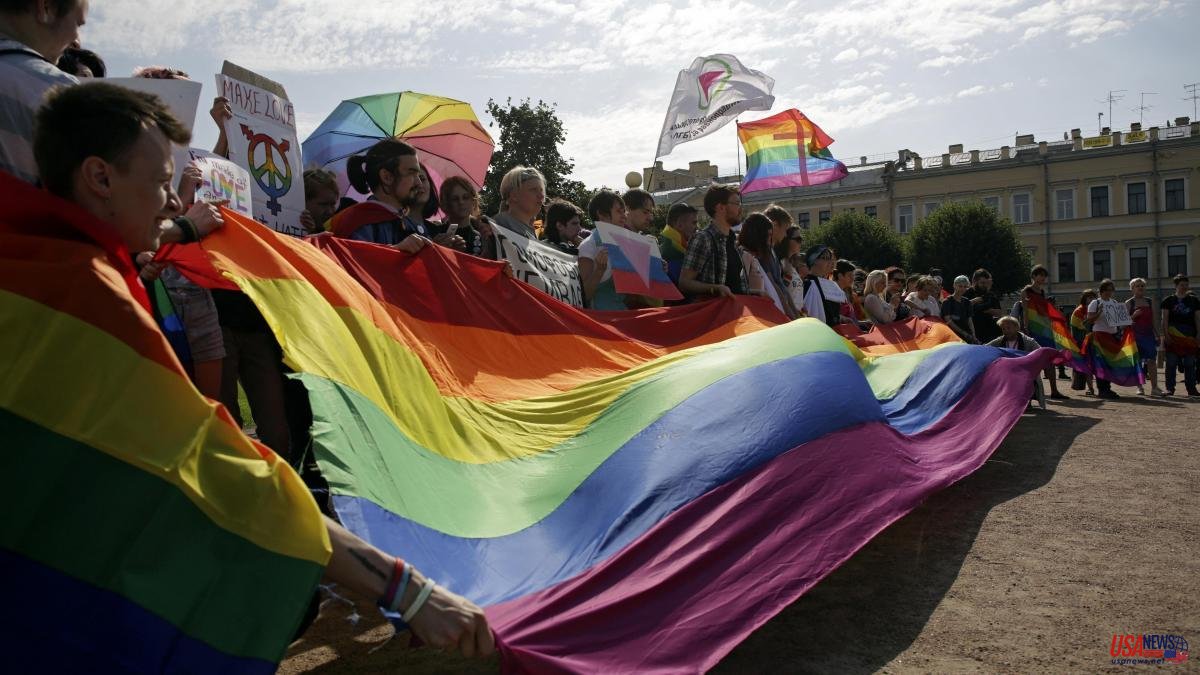 The Russian Duma (Lower House) approved this Thursday in the third and final reading a law that totally prohibits "LGBT propaganda" in the media, the internet, advertising, literature and the cinema. In the amendment process, which has lasted a month, the deputies have also added a ban on advertising pedophilia and sex change.

In a 2013 law, Russia outlawed homosexual propaganda directed at minors. The new regulation extends this prohibition to adults as well.

The reform of this rule occurs nine months after Russia's military intervention in Ukraine, and the consequent break between Moscow and Western countries.

Duma Chairman Vyacheslav Volodin stated that this law will help defend Russia's future from Western influence. "This decision allows us to defend our children from the darkness spread by the United States and European states. We have our traditions and our values," the top Russian legislator wrote on his Telegram channel.

The law, among other things, expands the requirements for advertising. This should not contain information that shows non-traditional sexual relations. Films that are understood to promote this type of relationship will not receive the rental certificate.

On Wednesday, during the second reading approval, the deputies refused to include video games in the ban on the recommendation of the Commission on Information Policy.

The deputy author of the project, Alexander Jinshtéin, pointed out last month that the total ban on the LGTB collective is not being considered, and that it would be nonsense. "Like it or not, it exists," he said. But he indicated that "the LGTB phenomenon is an element of hybrid warfare and in it we have to protect our values, our society and our children." He added that the goal of the new law "is to stop the propaganda." For this, "the sanctions are more than substantial."

When the law comes into force (after approval by the Federation Council or Senate and signature by President Vladimir Putin), any event deemed to be an attempt to promote homosexuality can be subject to heavy fines.

For violating the prohibition of propaganda, the highest penalty can reach 400,000 rubles (6,320 euros) for individuals and 5 million rubles (79,000 euros) if the offender is an entity or institution. In addition, foreigners would face 15 days of arrest and subsequent expulsion from the country.

Disseminating information among minors that may encourage them to change their sex will be punished with up to 200,000 rubles (3,160 euros), in the case of individual offenders; up to 4 million (63,200 euros) if they are entities.