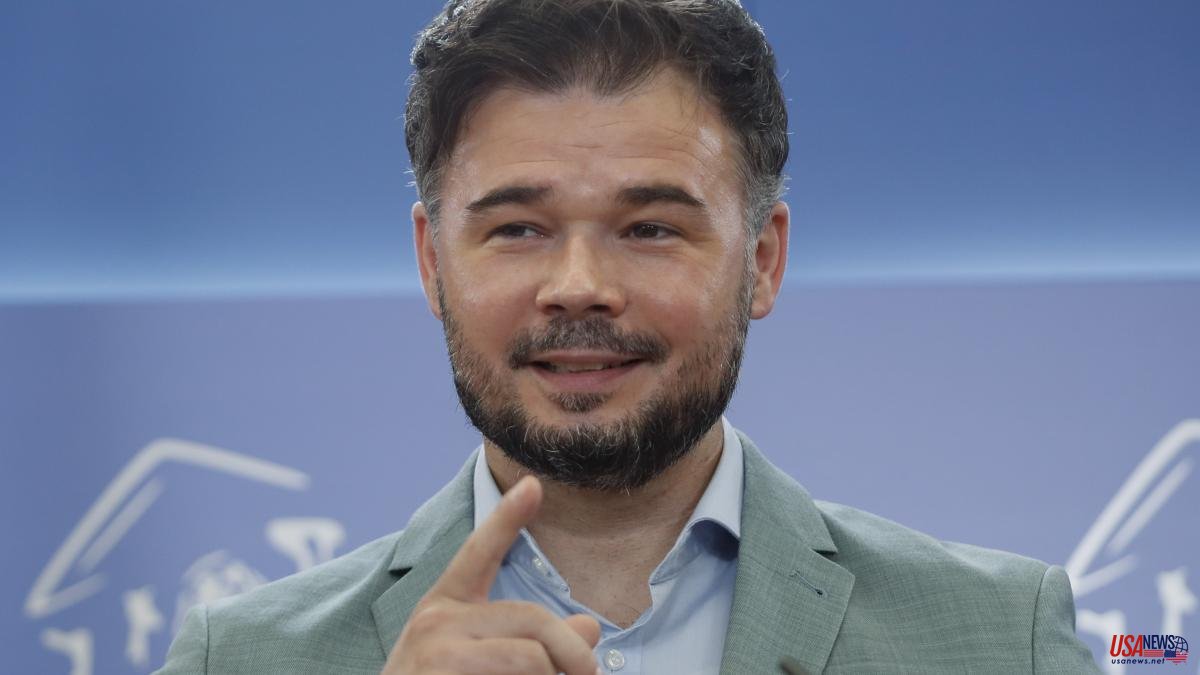 A handful of Catalans will attend tomorrow in Jaén the reappearance of José Tomás, the idol of Barcelona, ​​where he is prohibited from acting because he is an artist and a stoic, thanks to the healthy habit of ignoring any sentence of the Constitutional Court and the consequent right of a minority to witness a show to which if you want to go and if not, then you don't go.

To compensate –forbidding bullfighting, the only bridge dynamited in ten years of fireworks–, the independence movement delights us with the tasks of Gabriel Rufián, a noisy court matador, gimmicky and box office winner whose performances leave no one indifferent, especially when he heads for the bullpen door, he sinks his knees into the sand and hits a long change to the ex-convergents, who take very badly that deception of the set and of not being able to embitonate the teacher or the three.

If the Catalans of the south went to the bullfights in the Catalonia of the north –July fair in Ceret, without going any further–, they would understand Rufián's bullfighting better and they would not throw tantrums with the matador, whom they cheered so much, cheered and took out on shoulders in his beginnings as a novillero in Las Cortes, also known as the arena of the Carrera de San Jerónimo.

That photocopier, those insults to Madrid, that bullfighting that seemed Catalan and turned out to be Spanish!

Rufián has now called Puigdemont a moron and tomorrow he will call Paquito el Chocolatier a moron, Bertín Osborne a streetlamp hugger or a spoiler for TV3's weather man because his thing is flashes, in silver coins or frogs, although no one can blame him for being scared, On the contrary: he promised to sacrifice himself for Catalonia in Madrid for a few months and return home, one more, but he is still there, at the top of the ladder.

They censor José Tomás in Barcelona and create a salon bullfighter in Madrid. Master music!