Ribera rules out problems with the gas supply from Algeria

The unilateral suspension by Algeria of the friendship treaty with Spain will not affect gas supply. 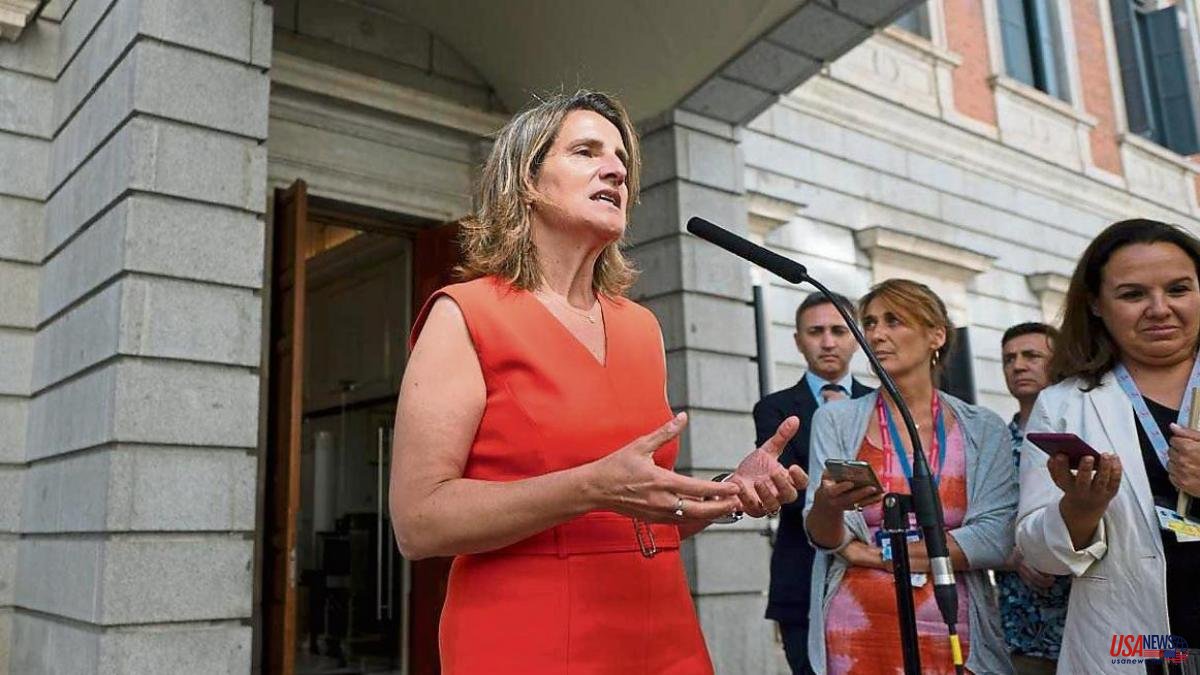 The unilateral suspension by Algeria of the friendship treaty with Spain will not affect gas supply. This was stated yesterday by the Vice President and Minister for the Ecological Transition, Teresa Ribera, since the supply of gas from the African country to Spain is subject to contractual relations between private companies that cannot be undone just like that. Ribera insisted that the agreements are long-term and mandatory.

In the case of the contract between the company Sonatrach, whose shareholder is the Algerian State, and Naturgy, the term is ten years in terms of amounts. In other words, the supply agreement does not expire until 2032. It is also a contract under take or pay conditions, which obliges the buyer to acquire the gas or pay for it in the same way if he renounces it. According to industry sources, there is no sign of fear for supply. Regarding the price, the contractual conditions are different: this is regulated by an agreement between the parties every three years given its volatility. Naturgy began to renegotiate the price contract for the 2022-2024 period in November 2021.

"The contracts have been undergoing a complicated price review process between Sonatrach and the Spanish buyers for months, but nothing makes us think that this could be broken unilaterally by a decision by the Algerian government," the minister stressed. Diplomatic relations, she continued, cannot condition already signed supply contracts. And if these are breached, the problem should be resolved through "arbitration or court," she said.

Algeria is, at the moment, the second gas supplier to Spain behind the United States, although its weight has been decreasing in recent times. Algerian natural gas imports fell by 35% in April compared to the same month of the previous year, as reflected in data published yesterday by the Strategic Reserves of Petroleum Products Corporation. According to this, imports from Algeria in April accounted for 23.4% of the total. The United States appears as the main supplier, with 30.85% of the total and an increase in April of 118.6% compared to the same month of 2021. Russia accounts for 8% of the total natural gas imports arriving in Spain.

Leaving gas aside, trade relations between Spain and Algeria are limited, although they may have an immediate negative impact on specific sectors whose products are banned in that country. 90.7% of Spanish imports to Algeria are concentrated in fuels, oils and minerals and reached 1,623.9 million euros between January and March 2022. The set of Spanish imports to Algeria (which also include chemical products, fertilizers, oilseeds, industrial plants, glass and manufactures) amounted to 1,789.6 million and represent 1.7% of the total. For its part, Spain exported goods to Algeria for 472.9 million euros in the first quarter, 0.5% of the total.

In employers and companies with commercial relations with Algeria, uncertainty is spreading due to the repercussions of the suspension of the friendship treaty with Spain. The Association of Banks and Financial Establishments of Algeria has announced that it is freezing banking operations related to foreign trade of Spanish products and services, which would prevent Spanish exporting companies from collecting payments.