The Reus City Council and multiple social entities reject the expulsion from Spain of the activist Mohammed Said Badaoui, for which the Board of spokespersons -except those of the PP and Cs- has signed a statement of support, according to the consistory. 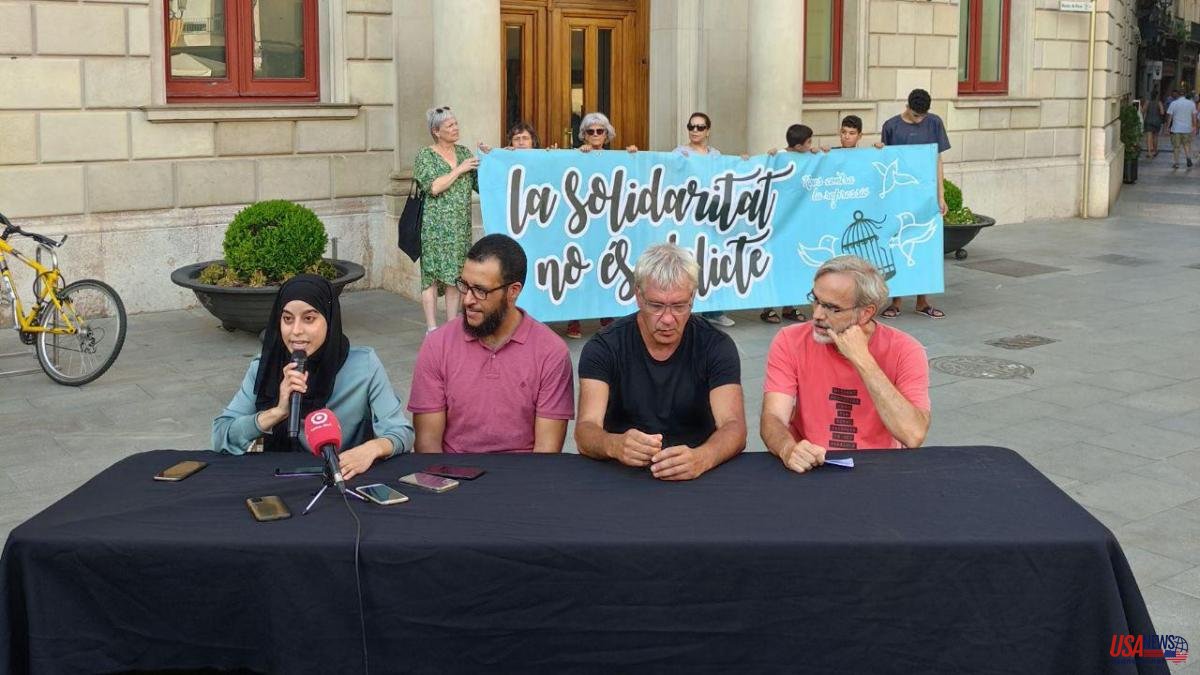 The Reus City Council and multiple social entities reject the expulsion from Spain of the activist Mohammed Said Badaoui, for which the Board of spokespersons -except those of the PP and Cs- has signed a statement of support, according to the consistory.

The spokespersons of the municipal groups of Junts por Reus, ERC, PSC, CUP, Ara Reus and a non-attached councilor have expressed their support for the resident of the city Mohammed Said Badaoui, who has received an expulsion file from the country when considering the police Spanish woman who has become radicalized and who has interfered in state politics.

Badaoui "is a person who has always worked side by side with the entities and the City Council of our city to guarantee the rights of its neighbors," the statement highlights. Likewise, she states that she has always been involved in activities and dynamics of the municipality and has contributed to an important function of social cohesion and exchange with the North African and Muslim community of Reus. "From solidarity with him, his family and his friends, we ask the Ministry of the Interior to take into account that roots before resolving the expulsion procedure," the statement settles.

Badaui chairs the Association for the Defense of the Rights of the Muslim Community (Adedcom) and is a significant activist in the city in favor of Human Rights and dialogue. The president of Adedcom, 40 years old, has been living in Catalonia for 30 years, with valid residence and work permits.

Two years ago, he applied for Spanish nationality and was denied, although he appealed the resolution. Now, "they want to expel him" with "an express administrative route without any legal guarantee", according to the entity Unity against fascism and racism.

Yesterday afternoon, citizens of Reus gathered in the Plaza del Mercadal to support the activist, who questions that a measure of these characteristics and "without evidence" can be carried out without going through the judicial process.

Speaking to ACN, Badaoui explained yesterday that he began applying for Spanish nationality two years ago and that this June they replied that they had denied it because "they said he was a radicalized person." She then initiated a legal proceeding for which she filed a dispute with the Madrid Prosecutor's Office, also to "ask for explanations for unfair accusations." According to the activist's complaint, the magistrate gave the police twenty days to provide documentation and evidence so that he could defend himself. "Instead of doing this they have appeared with an administrative expulsion and they want to kick me out of the country," he lamented.

For all this he feels helpless and surprised: "people who know me know that I work for equality and multiculturalism. We want a better city and that everyone has their rights regardless of their religious beliefs," he added.

The expulsion notification arrived this Friday and gave him 48 calendar hours to present allegations, to the same police by email. "It's done in bad faith so I can't defend myself well, on a Friday in August when everyone is on vacation," he said. Badaoui criticized that the file does not go through the court. "If I have committed a crime, that they present evidence and that I can defend myself. This cannot be decided from an office. We ask for a fair trial," he demanded.

Adedcom made a statement questioning the procedure by which it wants to expel its president and stressed that it is an entity whose "main objective is to defend the rights of the Muslim community against any violation or injustice." Badaoui was a spokesperson for a mosque in the city and is also a member of Reus Refugi, the Reus Housing Union and the Unit Against Fascism and Racism.