Friday's death of the daughter of a journalist who was killed earlier in the week in Tamaulipas, northern Mexico, from injuries sustained in the attack that claimed her father's life, occurred Friday. 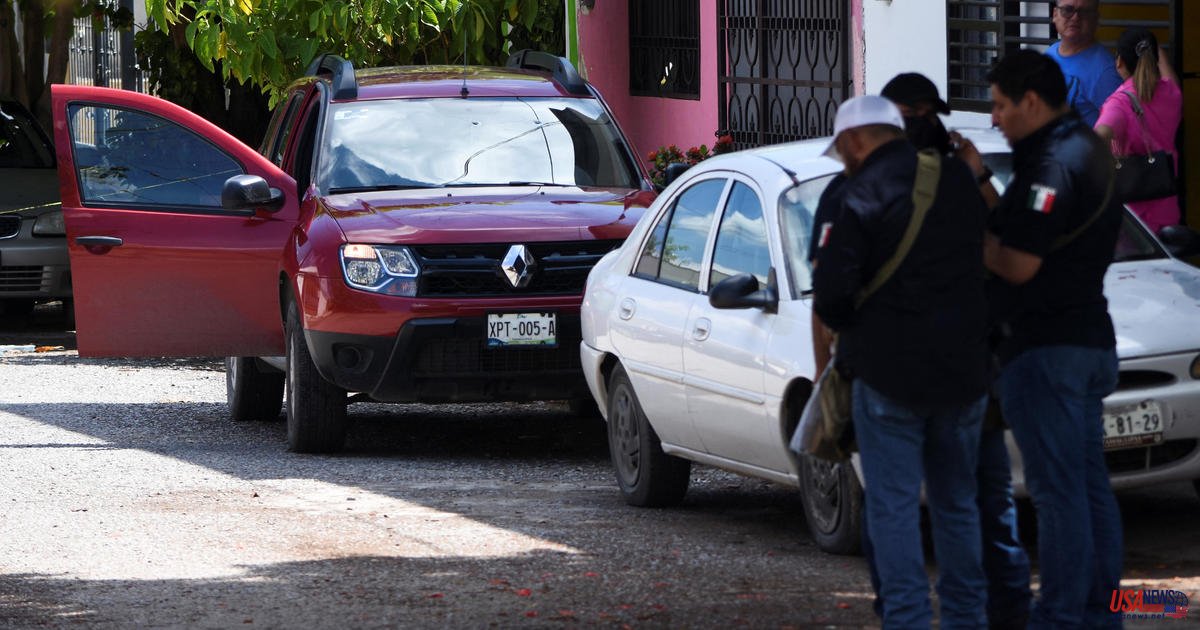 Friday's death of the daughter of a journalist who was killed earlier in the week in Tamaulipas, northern Mexico, from injuries sustained in the attack that claimed her father's life, occurred Friday.

Antonio de la Cruz was shot by a motorcyclist outside his house. Cinthya de Cruz Martinez, his 23-year-old daughter, was also in the vehicle when he was shot.

Expreso, the newspaper De la Cruz was employed by, reported Friday that the daughter died from her injuries at Ciudad Victoria's hospital. According to the newspaper, she had sustained a head injury from a bullet.

Friday also saw the western governor of Jalisco announcing that the director of the university radio station in Puerto Vallarta was also stabbed in an attempt to robbery.

Gov. Enrique Alfaro stated that Susanna Carreno was stable after having surgery.

Andres Manuel Lopez Obrador, President of Mexico, announced Thursday that federal prosecutors had taken over the investigation into the murder of de la Cruz. This was a crime against freedom to expression.

According to one of the reporters' colleagues, De la Cruz was once asked by state officials to remove some of his tweets.

Carlos Manuel Juarez, a fellow reporter, said that Antonio had tweeted criticisms of the state government and the government. "He even said to me that they had asked him to remove some of his critical tweets."

De la Cruz (47) was a reporter at the Expreso local newspaper for nearly three decades.

Miguel Dominguez, Expreso's director said that "this is clearly an attack upon freedom of expression."

Nearly all of Tamaulipas’ recent governors were accused of corruption. These allegations range from money laundering to aiding drug cartels.

Over the years, Expreso has been targeted. A car bomb was set off in front of the newspaper's building in 2012, when drug cartel violence was at its worst. A cooler with a human head in it was left at the newspaper in 2018, along with a warning to not report on violence within the city.

Two colleagues from a news website were killed in Veracruz, a state on the Gulf coast. Veracruz State Prosecutor's Office stated that it was investigating the deaths of Yessenia Mollinedo Fali and Sheila Johana Garcia Olivera. They were the director and reporter of El Veraz in Cosoleacaque.

Juan Carlos Muniz was a reporter for Testigo Minero, an online news site that covers crime in Zacatecas. He was shot and killed by gunmen early March.

Jorge Camero was the director of an online news website and was a municipal worker in Sonora's northern state until recently. He was shot to death in February.

Lourdes Maldonado, a reporter, was shot to death in her Tijuana car on January 23. Maldonado Lopez, a reporter from Mexico, said she feared for her own life at a news conference in 2019.

Jose Luis Gamboa, a reporter from Veracruz, was shot to death on January 10.

Margarito Martinez, a crime photographer, was shot to death outside Margarito's Tijuana residence on Jan. 17. Guillermo Arias is a photographer whose photos chronicle death and life in Tijuana's streets for many years.

He was still adamant about the difficult experience of reporting on the murder of his journalist friend.

Arias stated that her father's daughter visited and asked me to not photograph his body.