The unknown dimension of New York. 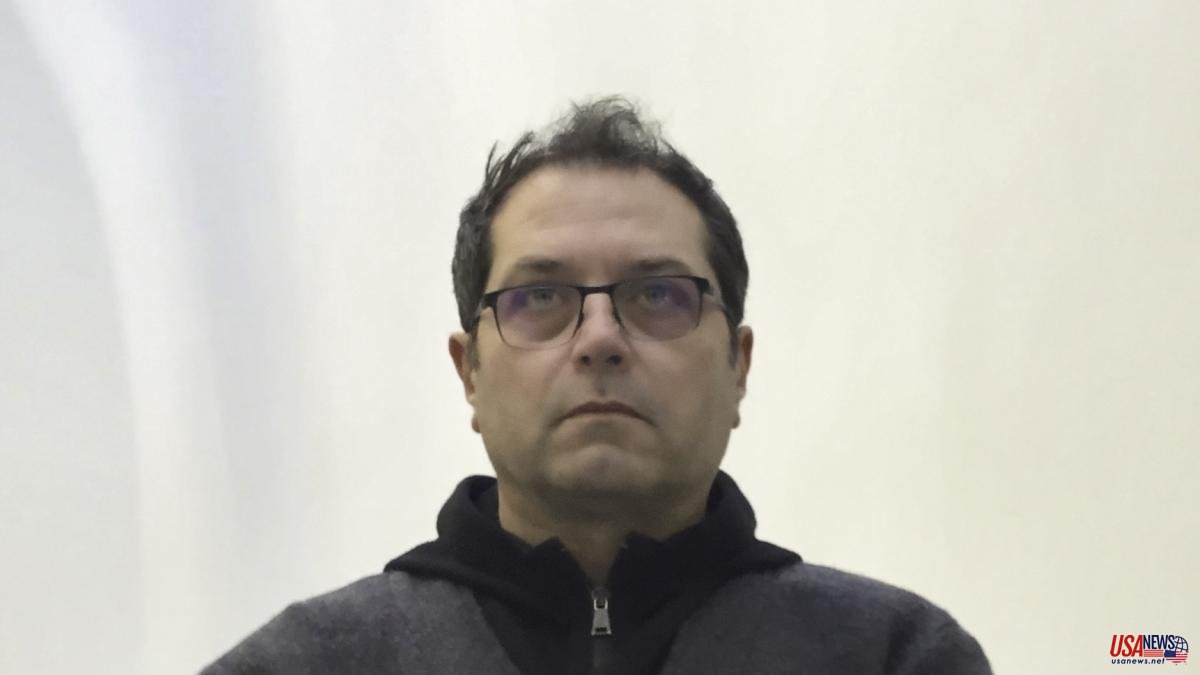 The unknown dimension of New York. That is what the writer Reinaldo Laddaga brings us in “Atlas del eclipse” (Galaxia Gutenberg), a hypnotic narrative essay, travel book or non-fiction novel, which takes place during one hundred days of 2020. As if it were a curious wanderer , the author is dedicated to touring a city that will never be the same again.

Reinaldo Laddaga's book corresponds to the author's intimate diary, what he felt, in the course of those hundred days that intervened between the night of February 2020 when the writer contracted the coronavirus until the beginning of June, "when the city was reached by the anti-racist tidal wave caused by the murder of George Floyd.”

Laddaga took to systematically walking through the ghostly metropolis. Its old parks, jails, asylums, cemeteries and sanatoriums. He saw the new refrigerated trucks that housed the corpses of the pandemic... and tried ayahuasca.

The story is a great parenthesis, between 2020, when you contract covid, until the uproar over the murder of George Floyd.

I wrote this because I needed it, with no publication horizon. I don't drive: walking was the excuse to write.

When you closed it, what had changed in you?

Everything, but especially my relationship in the city. After living there for thirty years, I realized that I did not know New York. I think it happens to most of us who inhabit it. Because in NY you find the myth everywhere. And the city does not let you escape from it!

How did he escape the legend?

I started walking the myth of NY, the fable, and then some shortcuts - looking at it as an archipelago, as a delta, as an area - took me to other corners. There is an interesting thing that the very famous and infamous urban planner Robert Moses said: “novelists don't know NY, only fragments; there is no genuine novel. I think so, "The Great Gatsby", for example.

Discover sinister, sometimes ghostly places. What is the Disaster Morgue?

For three months I walked fanatically and, I think in April, a point of gravitation for me was this: an islet, on the northern edge of NY. It cannot be reached without a prison permit from the person who administers it. There is one of the grossest horrors on the planet: a: a million dead.

You call it "The island of bones"

Yes, it is an island saturated with skeletons, a cemetery that was founded in the 19th century. Continue to today. The last batch came with the AIDS crisis, poor people with the disease. And now there are deaths from coronavirus. It seemed like a ghostly place, I thought that was where the world ended.

Of all the experiences that he tells, there is an overflowing one where they administer ayahuasca. Does that experience get us out of Shadow combat or a scam?

Not only did I not get rid of anything but I caught the virus there! A friend told me about a couple (not doctors, who knows what) that offered an alternative experience to "enter your own ghosts" in a mansion that had belonged to Sean Connery. Well, they administered all kinds of hallucinogenic plants to me and that had no effect on me...

He tells it with a lot of humor.

I thought it was necessary, in this book, and I hope it is not taken as an act of cynicism. The atmosphere in New Age and the experience was not ideal, it was disastrous above all for them, who were annoyed with my little effect.

The reading of Edgar Allan Poe or Borges appears cyclically, accompanying him in the text.

I was obsessed during the pandemic. Allan Poe is the great writer of the space between life and death (ideal for that moment of mine), he is the great writer “of the pause”. He was my neighbor! Like me, he was a foreigner in the city, and also a literary model of the book. From Poe we know the horror stories but not the chronicles, the comic stories, that heterogeneous corpus. A model for me because I wanted the book to be all that: comedy, horror, journalism, history...

She also gives her place to Frances Scott Fitzgerald

I think that The Great Gatsby is the great book of New York, it unites the aristocratic pole and Harlem. And in the center is the “valley of ashes”, the burning. That was also the center of the pandemic.

If you put music on it, what would you choose as the background for reading the book?

I think, it comes out like this... without any justification, "Highway 61 Revisited" by Bob Dylan

The photos taken on his wandering journey are in black and white. He started taking them obsessively.

Yes, because this book came looking for me, not the other way around. I started walking and went out with my iPhone, taking photos, first slowly and then frantically.

In case the world ends, which is what we believed

Yeah, and now I don't know how to stop! I am assailed, when I do them, a kind of Warholian attack

“When I think about those weeks of the pandemic, I have the feeling that we were all children,” he concludes.

Because in some places misgovernment was installed. Many young people left their jobs, unsatisfying, and have resolved to live with less security, less money, but more freedom. And that, curiously, has strengthened the union collective. Many people have left New York...

Now that we have grown up we already know that anything can happen in this world. Has the pandemic taken away our innocence?

I don't know, there were so many things before that it seemed that they were going to take away our innocence and they didn't take it away from us…but what happened is that the world had fallen. Proud New Yorkers, owners of the world, people with the certainty that the world was trustworthy, we met. suddenly helpless. We were children again.

Has an Argentine writer living in New York finally discovered why so many people voted for Trump in the US?

In NY there is only one place where that character won: a tip of a peninsula, a neighborhood of Irish and Italians. But, with respect to the US, we could say that there is an electorate of the old white working class that feels threatened by the present and by what they consider to be the progressive urban elite. Those voters found Trump's vehicle. His voter was town people, decentralized, rural. Racism is not everything.

What is the next thing we will read by Reinaldo Laddaga?

This book has become the second part of "The Men of Russia", I think I'm going to a trilogy... I don't know if I should say it because it's excessively arrogant, but... I'm going to have to complete it with "Paradise". And paradise, of course, will be in California. Walking around California is nonsense, absolutely no one walks there.