A Real Madrid of circumstances, without Benzema, Modric or Valverde, goes to Germany tonight to get against Leipzig the point it lacks to be the first in the group. 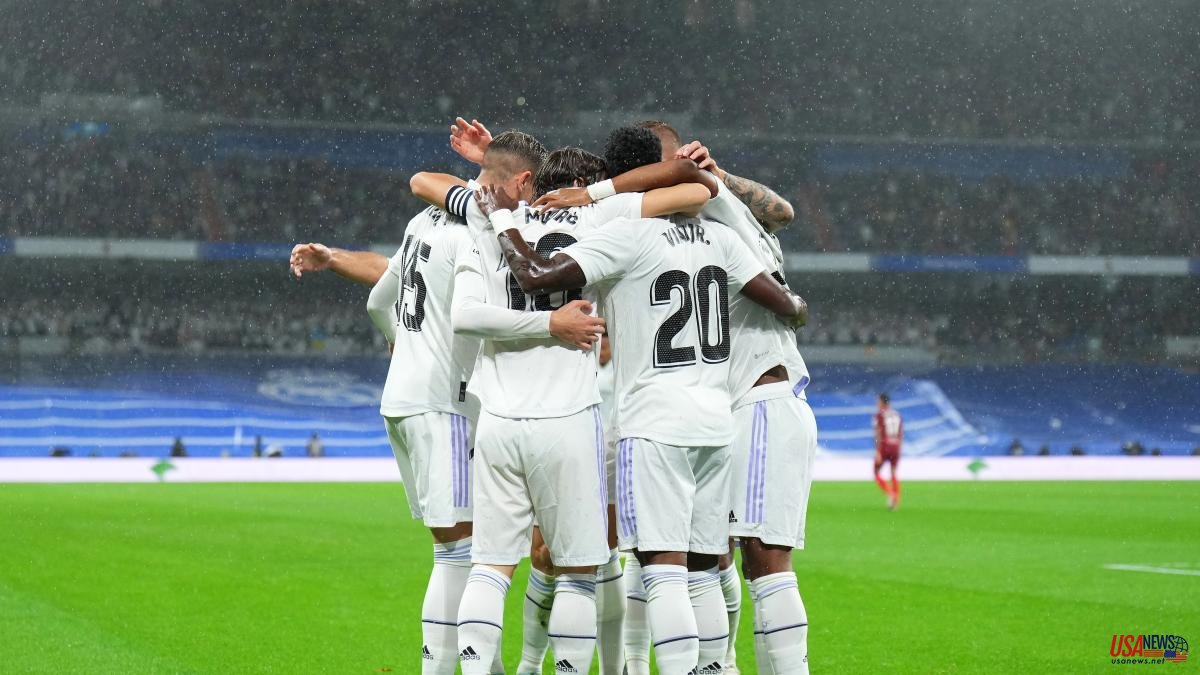 A Real Madrid of circumstances, without Benzema, Modric or Valverde, goes to Germany tonight to get against Leipzig the point it lacks to be the first in the group. The classification for the second round is already assured since the previous day. If they lose tonight, it would also be enough for the Whites to beat Celtic at the Bernabeu on the last day.

Despite the casualties, Real Madrid arrives at the meeting after a very good run. He has played 16 games so far this season and has won all but two draws, against Osasuna, at the Bernabeu, in the League, and Shakhtar, in Warsaw, in the Champions League.

Everything indicates that today will be the occasion for unusual players, such as Lucas Vázquez, Nacho, Rüdiger, Camavinga or Asensio. In his press conference yesterday, Ancelotti only confirmed one headline, Vinícius, "because I don't see him as tired," he said. Courtois will also play because after six games absent due to injury, he reappeared against Sevilla and needs continuity.

Ancelotti lives happy times and feels optimistic. So far everything works out. In his press conference yesterday he complained about the excess of games: "It's been a very intense few months. In my opinion, we played too much, but we're holding up well," he said. That's why he doesn't want to take risks with those who have stayed in Madrid: "I'd rather lose a match than a month."

The Italian coach does not seem to be worried about injuries: "Injuries exist in the world of football. If someone tells me they are afraid, they should stay at home on the sofa watching a series or a movie, there are many good ones," he said with sarcastically: "For now everyone wants to train," he stressed.

Leipzig comes into the match after drawing 3-3 in the Bundesliga against Augsburg in a match in which they needed a comeback, which began with less than 20 minutes remaining, after being 3-0 down on the scoreboard.

Leipzig's situation has improved with important players coming back from injuries such as Timo Werner, Dani Olmo and Christopher Nkunku. The Spaniard already had a few minutes against Augsburg and faces the match eager to show that he can earn a place on Luis Enrique's list for the World Cup.

Nkunku, who played 31 minutes against Augsburg and scored a free-kick, points to the great offensive asset of Marco Rose's team, which suffers the loss of the starting goalkeeper, Hungarian Peter Gulacsi, defender Lukas Klostermann and midfielder Konrad Laimer . Leipzig needs victory yes or yes. At the Bernabeu he played a good first half but ended up defeated (2-0).