Real Madrid and Liverpool will play their third final of the highest European competition tonight (9pm) at the Stade de France, something unprecedented in the history of the Champions League, the repeat of the 2018 kyiv final, a match that the 'red's propose as the great opportunity for the dream revenge. 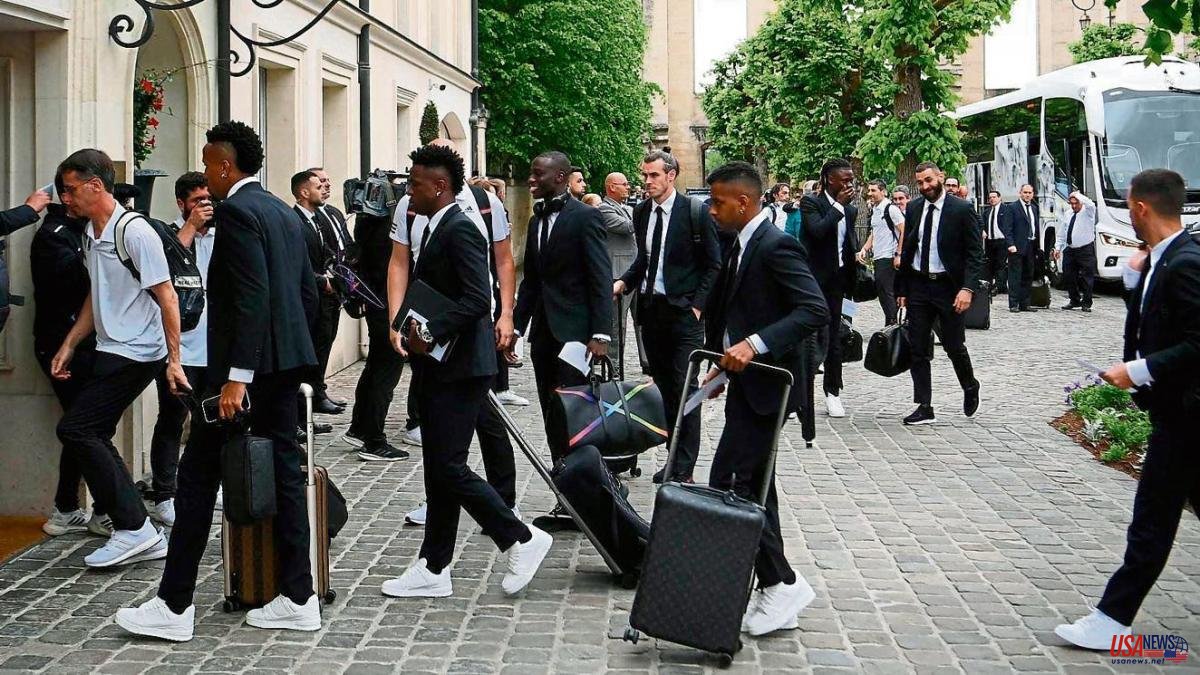 Real Madrid and Liverpool will play their third final of the highest European competition tonight (9pm) at the Stade de France, something unprecedented in the history of the Champions League, the repeat of the 2018 kyiv final, a match that the 'red's propose as the great opportunity for the dream revenge. For the whites, the appointment comes in a way that not even the most staunch Madridistas could dream of, after a year that was presented as a transition and in which they ended up winning the League with four games to go and appearing in the final in Paris after three comebacks against PSG, Chelsea and Manchester City little short of implausible.

These victories have given this Madrid an air of invincibility, but in recent days the morale boost has gone down with the pumpkins that Florentino Pérez has given Kylian Mbappé, a signing that seemed tied and that compromises the project on which he intended to build the team into the next decade.

So great has been the slap in the face that its emotional effect on Ancelotti's team remains to be seen. For the optimists who always see the glass as half full, Mbappé's snub is one more incentive for this group of veterans who have already won four Champions Leagues and want to give something like their last hurray.

At the head of these comes Karim Benzema, who has completed a prodigious season, the best in the club, and wants this final to catapult him definitively towards the Ballon d'Or. It is also the opportunity for young talents, such as Vinícius, to establish themselves , Rodrygo or Valverde, or Courtois, who has never won a Champions League and lost one with Atlético in Lisbon having the whites as rivals: "Now I'm on the good side of history," he said ironically.

The paradox of this Madrid is that it arrives at the appointment with the entire squad but with hardly any of the two players who earn the most: Eden Hazard and Gareth Bale.

If there is a kind of contained confidence in Madrid, Liverpool believes that now they are not going to the final as a victim, which happened four years ago. Jürgen Klopp, his charismatic German coach, did not say it yesterday, but it is clear from his words that he thinks that if Liverpool reaches his level, it will be unattainable for Madrid. The English come from losing the Premier on the last day against Manchester City, but they bring the conviction that the English league surpasses the Spanish in intensity and that the best possible Liverpool is better than the best possible Madrid.

At Anfield, the lost final in kyiv still stings, and a lot, for them defeat due not to strictly sporting values ​​but to a succession of strange phenomena: Salah's intentional injury by Sergio Ramos; the tremendous mistakes of the goalkeeper Karius, or the Chilean by Bale, the best goal of the Welshman's career.

Liverpool has arrived in Paris with several players between cottons: Thiago Alcántara and Fabinho the most doubtful, but everything indicates that they could be tomorrow of the game.

Klopp is one of the few 'reds' who don't want to talk about revenge. The German, very much from the Pep Guardiola school, likes to heap praise on his rival and dress in sheepskin: “If we have to talk about favorites based on experience, it would be Madrid. A book could be written with everything they have done this season, but let no one think that Liverpool are here by chance. We deserve it and if we give our highest level we are a very difficult team to win”.

An open grave game like Real Madrid's at the Etihad is not expected. The finals are usually decided by the small details. Only English dominance in the streets is clear. For every supporter in the Stade de France there will be two others who have come to Paris without a ticket. The final is served.