Rafael Grossi, a negotiator against the nuclear threat

If anyone in the world today has a hot potato – very hot – in his hands, it is Rafael Mariano Grossi, the director general of the International Atomic Energy Agency (IAEA). 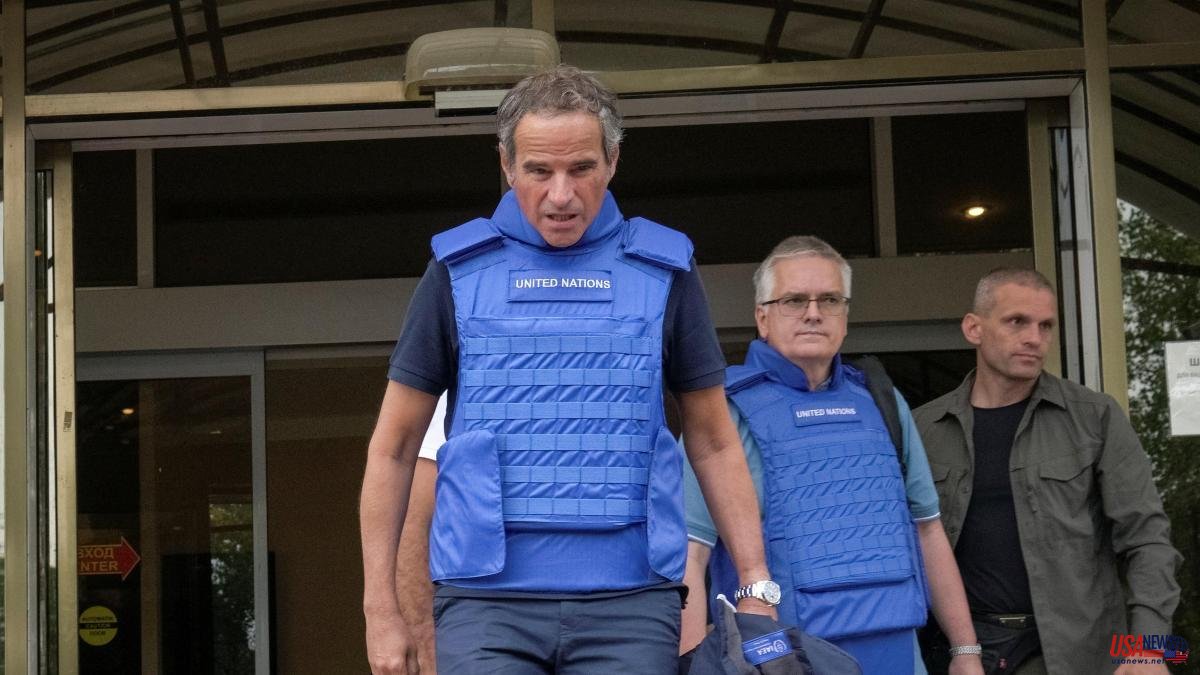 If anyone in the world today has a hot potato – very hot – in his hands, it is Rafael Mariano Grossi, the director general of the International Atomic Energy Agency (IAEA). If the work of the agency linked to the United Nations is enormous in itself - supervising all nuclear programs and generating plants in all countries that use atomic energy - the conditions in which the Ukrainian plant in Zaporizhia, the largest in Europe, finds itself , in the middle of the war front, impose a major challenge. There is the danger of a disaster even worse than that of Chernobyl, in the same Ukraine in 1986. And Rafael Grossi tries to prevent it.

On September 1, after a long wait, Rafael Grossi was finally able to visit the plant with thirteen of his experts. The “military activity” in the environment – ​​those were his words to describe what was happening – was almost worse than on other days. And this week it has gotten worse again. At the plant, Grossi saw "the main thing he had to see", he left two inspectors there permanently and barely 24 hours later he offered a press conference at the Vienna airport, without waiting to reach the IAEA headquarters.

Grossi, who speaks six languages, demonstrated his enormous communicative capacity and was particularly didactic, helping himself with a colored panel to explain "the seven essential pillars" for plant safety. He was almost reassuring, considering the seriousness of the situation. That rush to explain, added to the publicity given to the mission, with a photo of Grossi and his inspectors formed like a sports team, could be seen as a certain desire for personal protagonism.

Nothing is further from reality, according to those who know him well. Grossi opted for this kind of photo to highlight the IAEA's mission and the fact that it was a whole team that traveled to the Ukrainian plant. You had to "put a face on it." Thus, in Vienna he stated: “Now it is no longer a question of ‘A says this and B says the opposite’ because the IAEA is there”. It was an allusion to Ukraine's and Russia's mutual accusations of attacking the plant, which has been occupied by Russian forces since last March. The IAEA's visibility was important; They had not made things easy for him. Western journalists who followed the convoy of inspectors were forced to turn around, and the Ukrainian president Zelensky later criticized Grossi for not having demanded that the Russians demilitarize the plant, knowing full well what the limits were with which he was working. The IAEA report, presented on the 6th, calls for the creation of a security zone around the plant.

The director general of the atomic agency is described by several people consulted as a born, serene and patient negotiator, capable of generating trust in complicated situations, a good team manager and owner of an energy that drags those who work with him because he has very clear his objectives.

Born in Buenos Aires 61 years ago, Grossi is a career diplomat who received training in nuclear technology, which eventually led him to the issue of weapons. His mentor, diplomat Roberto García Moritán – an expert on nuclear and disarmament issues – took him with him when he occupied the Argentine embassy in Geneva, where Grossi was employed on the Chemical Weapons Convention and the Nuclear Test Ban Treaty. . Since 2002 he worked in two different periods at the IAEA and, when his director died in 2019, the Japanese, Yukiya Amano, succeeded him, being by then the ambassador of Argentina in Austria.

The recent failure of the nuclear Non-Proliferation Treaty review conference has further complicated the bulky IAEA dossier, which right now seems to be dominated by Ukraine but also includes Iran and North Korea, countries Grossi He has traveled several times. Next Monday, Grossi faces the meeting of the IAEA board of governors, made up of 35 countries, and before which Poland - a firm ally of Ukraine - and Canada - with a significant population of Ukrainian origin - will present a resolution proposal pressuring the Russia. This may generate more mistrust in Moscow regarding Grossi's management, who by the way is said to offer a very suitable diplomatic profile to succeed António Guterres as Secretary General of the UN in two years, when due to rotation considerations the position could fall into a Latin American.