It takes four years to wait and it is one of the most eagerly awaited moments in the world of football and sport in general: the start of a World Cup. 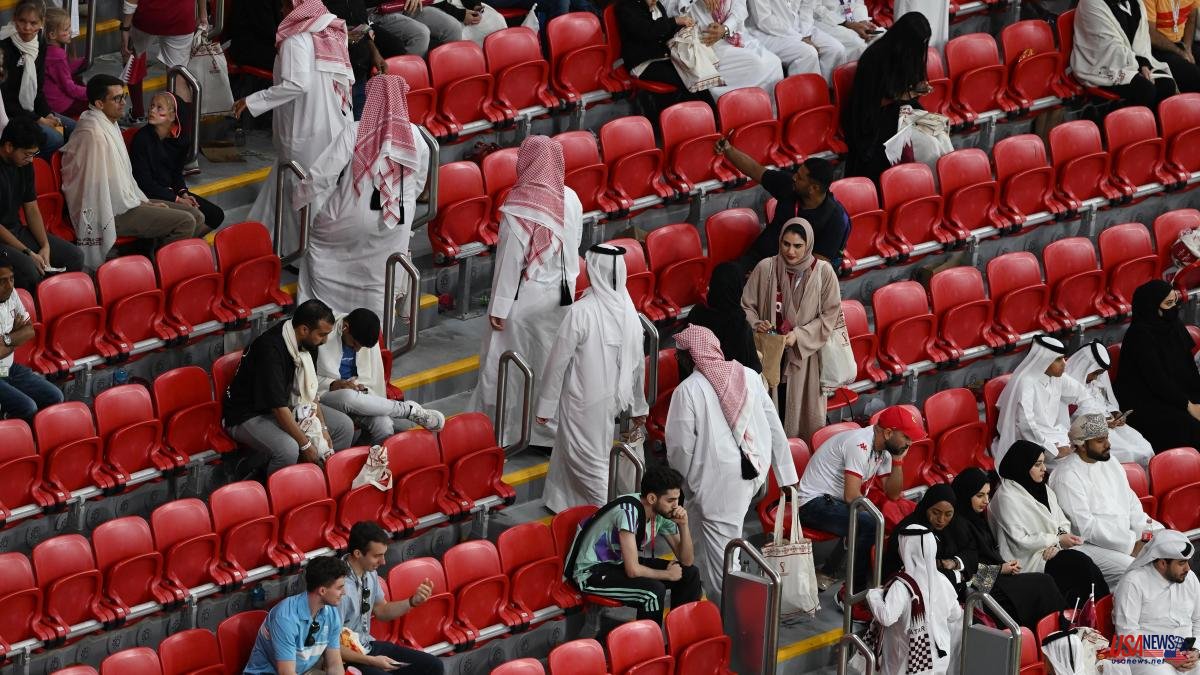 It takes four years to wait and it is one of the most eagerly awaited moments in the world of football and sport in general: the start of a World Cup. All the spotlights pointed to Qatar this Sunday, the expectation was maximum. And yet, minutes later, the local fans themselves expressed their deep disappointment, leaving an unusual image, with the semi-empty stands during the second part of the opening match.

The match contributed, with Ecuador far superior to the Qatari team (0-2), which never gave the impression of jeopardizing the South American victory. So much so that, from the break and throughout the second part, the until then full stands of the Al Bait stadium in Al Jor, with a capacity for 60,000 spectators, emptied without brake until it ended almost deserted.

Floods of local fans left their seats with the game still in play and while the hundreds of Ecuadorian supporters, many of them grouped behind a goal, celebrated the clear dominance of the visitors while shouting against the ban on selling alcohol in the vicinity of the stadiums.

And that the tickets for the opening game were not especially cheap. Between 303 and 621 euros for the general public, a price, yes, which dropped to 55 euros for residents of Qatar.

In any case, it is not the first controversy by fans at the World Cup in Qatar. Days ago, there was already a mixture of jokes and outrage over the appearance of sponsored supporters of various teams on the streets of Doha. The most controversial World Cup in recent years seems that it will not stop being so even if the ball is already rolling.