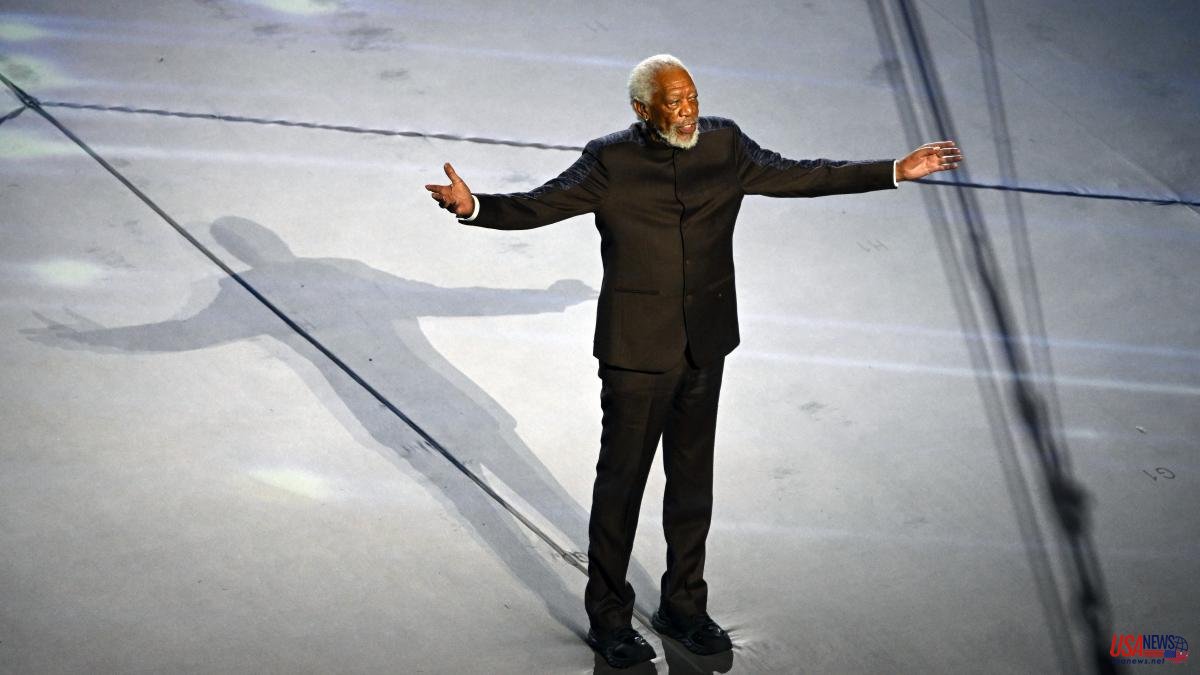 Union. Respect. Inclusion. Qatar opened its arms and invited the world to put its differences aside with a World Cup opening ceremony packed with messages. The tournament began this Sunday preceded by a most beautiful and academic act, but also very demanding. Morgan Freeman was the surprise guest and became the common thread of the festivities with a recognizable voice on five continents.

It all happened at the Al Bait stadium, the first to open its doors for the World Cup. A perfect setting, which represents the Bedouin tents both outside and inside, lined with Arabic patterned fabrics. The arrival was not so nice for the fans, many of whom did not arrive in time for the ceremony due to the huge traffic jam that took place yesterday in the vicinity of the stadium. There was a lot of desire for the World Cup, there was no doubt about that.

The stadium turned off its lights one hour and twenty before the start of the game and the stands, dyed Ecuadorian yellow for one goal, and Qatari white for the rest, turned on their mobile phones ready to experience a unique moment.

The voice of Morgan Freeman started everything, with three camels on the grass and two bridges of light representing unity presiding over the dances. From the beginning, the messages of dialogue and inclusion to solve the differences between the peoples were very present. All the criticism that Qatar has received since its election as the surprising venue for the World Cup was answered with an opening exercise, always under the terms of Qatari culture. “With tolerance and respect we can make a great home for everyone,” Freeman proclaimed as he walked around the Al Bait pitch, packed with male and female dancers.

In the background, after a musical start with a strong Arabic tone, great international hits began to play, including Shakira's Waka Waka, the official anthem of the World Cup in South Africa. Some chords with her touch of morbidity after the refusal of the Colombian singer to participate in the ceremony for the situation of human rights in the emirate.

Another of the most impressive moments of the show was the conversation between Freeman himself and Ghanim Al Muftah, a businessman who suffers from caudal regression syndrome, which prevents the growth of the lower extremities, who stretched out his arms in another sign of fight against discrimination.

Images of the origins of football in Qatar, dating back to the 1940s, when employees of the Oil Company staged matches in the desert, were also broadcast through Al Bait's video scoreboards. The picture was impressive, since not a single building was seen on the horizon. Nothing to do with what happens now.

The mascots of all the World Cups held so far also had their moment of glory, parading across the grass while supporting chants were sounding for the 32 qualified teams, including "I am Spanish" that was especially celebrated by Naranjito, who turns 40 this year. .

Acclaimed before the start of the ceremony each time he appeared on the video scoreboards, which was not infrequent, the Emir of Qatar, Tamim Bin Hamad Al-Tahni, brought the events to a close with a formal speech delivered in Arabic, although an international wink was reserved in English. “From Qatar, from the Arab world, I welcome everyone to the 2022 World Cup. How beautiful it is that people can put aside what divides them to celebrate their diversity and what unites them at the same time. Welcome and good luck to all”, wished the Emir. The bridges were laid. The World Cup started. It was football time.