The second meeting between Vladimir Putin and Recep Tayyip Erdogan, yesterday in the Russian resort city of Sochi, on the Black Sea, lasted four hours. 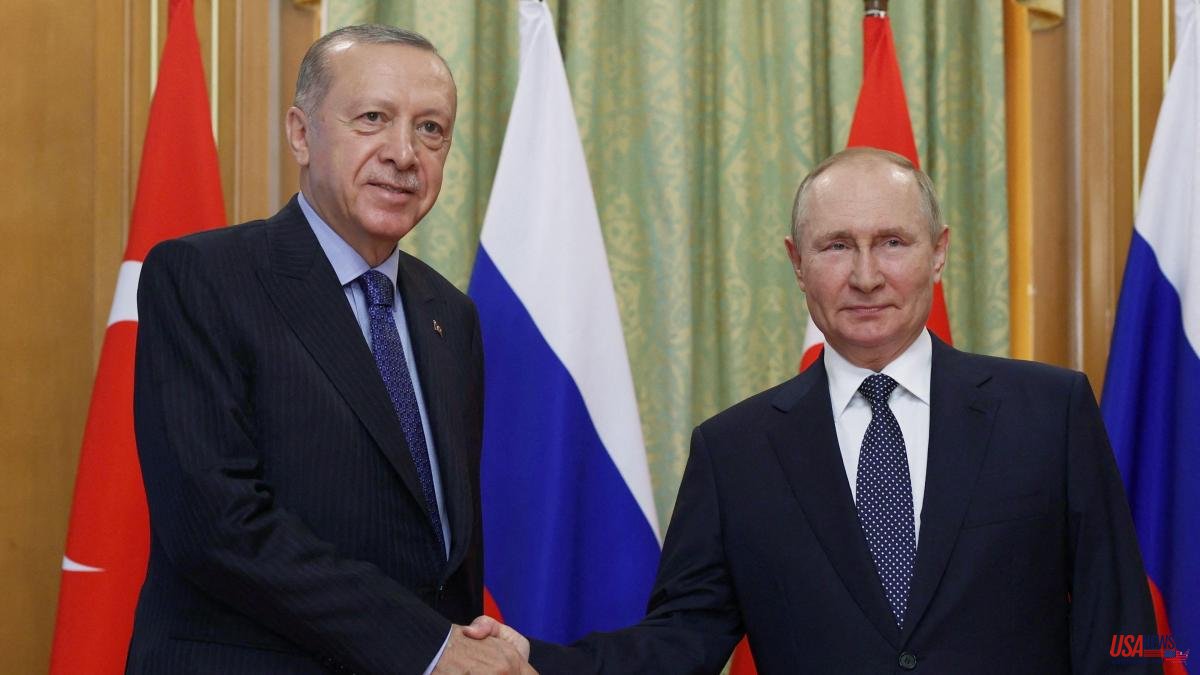 The second meeting between Vladimir Putin and Recep Tayyip Erdogan, yesterday in the Russian resort city of Sochi, on the Black Sea, lasted four hours. Previous announcements affirmed the good harmony between the Turkish and Russian presidents. Their previous encounter dates from just 17 days ago. It was in Tehran, where the transit of merchant ships loaded with grain from the Ukrainian ports controlled by the Kyiv government was agreed. Turkey, which mediated between Russia and Ukraine together with the United Nations, presented the agreement as a success, which has allowed up to four ships to set sail so far.

Ukraine was not, however, the central point of yesterday's talks. Erdogan wants to expand his control over northern Syria and evict the Kurdistan People's Protection Units (YPG), which for Turkey are nothing more than the appendix of the Kurdistan Workers' Party (PKK) in the martyred neighboring country.

Erdogan, indicates the Turkish press, had previously indicated that the presence of the YPG in the provinces of TelRifat and Manbij will be the target of a potential offensive, for which he requested the support of both Russia and Iran, both allies of the regime. Damascus. Putin gave the expected approval of him, although no details were disclosed in this regard beyond that "they will coordinate efforts" in the fight against "terrorist organizations". Erdogan went to Sochi accompanied by the head of Turkish intelligence, Hakan Fidan.

Russian Deputy Prime Minister Alexander Novak unveiled another important aspect of Russian-Turkish relations. An agreement by which Turkey will begin to pay in rubles a part of the Russian gas it receives. “Part of the supplies will be paid for in rubles; that is a new stage that opens up new possibilities”, affirmed Novak. Russia annually supplies 26 billion cubic meters of gas to Turkey.

The Russian president commented that "European partners should be grateful to Turkey because it guarantees the smooth transit of our gas to the European market." Putin was referring to the Turkish Stream gas pipeline, which, he noted, "unlike all other routes of our hydrocarbon supplies, works correctly, dynamically, without failure." Putin, with this allusion to the problems with the Nord Stream, concluded that the Turkish route "has become one of the main arteries for the supply of Russian gas to Europe."