Russian President Vladimir Putin visited Tehran on Tuesday in his first trip outside the former Soviet space since sending the Russian army to Ukraine in February. 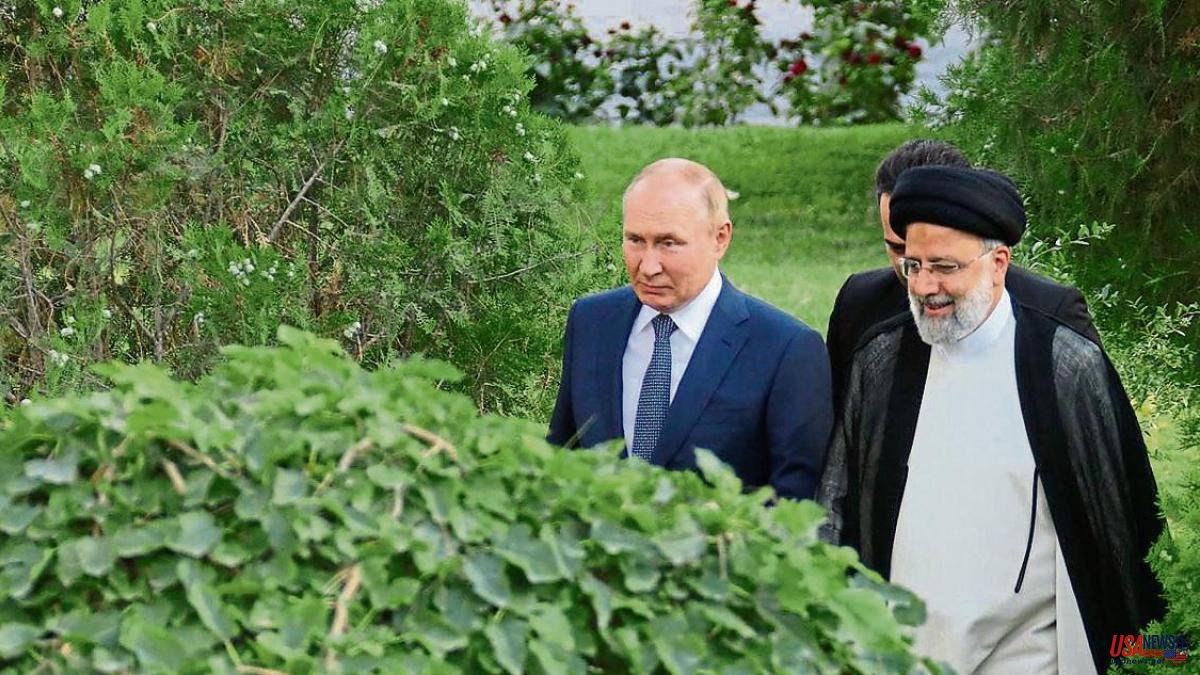 Russian President Vladimir Putin visited Tehran on Tuesday in his first trip outside the former Soviet space since sending the Russian army to Ukraine in February. The reason was the summit of the so-called Astana peace process for Syria between the presidents of Russia, Iran and Turkey.

The meeting took place at a time when Turkey is threatening to launch an offensive in northern Syria against US-backed Kurdish militias to create a security strip along its border. But Iran and Russia are opposed. Iranian Supreme Leader Ali Khamenei said during a meeting with Turkish President Recep Tayyip Erdogan that "any military attack in the north of that country will harm Turkey, Syria and the entire region, will benefit terrorists and will not achieve the expected political action of the Syrian Government”.

But the situation in Syria is overshadowed by the Ukrainian crisis. The visit to Tehran serves the Kremlin to show that Western sanctions have failed to isolate Russia. And for Iran, which is also the target of Western sanctions, it is an opportunity to strengthen its strategic relationship with Russia. Thanks to the cooperation of Moscow and Tehran, Ebrahim Raisi said after meeting with Putin, the joint fight against terrorism, the situation in the region and in Syria has become more secure. Furthermore, Moscow and Tehran can boast of “record figures in terms of trade growth”.

Trade between the two countries increased by 81.4% (to $4.1 billion) in 2021, according to the Kremlin press service. From January to June 2022 there has been another 38% increase.

It is precisely in Iran that the US believes that Russia can find support for its military campaign in Ukraine. Jake Sullivan, national security adviser to the Joe Biden administration, said last week that Tehran intends to supply Russia with "hundreds" of drones, some capable of carrying weapons. Iranian Foreign Minister Hussein Amir Abdolahian denied this on Friday, during a telephone conversation with his Ukrainian counterpart, Dimitro Kuleba.

Yuri Ushakov, an adviser to Putin, told RIA Nóvosti that the Russian leader did not discuss this matter with either Iranian President Ebrahim Raisi or Supreme Leader Ali Khamenei.

A Russian delegation has visited an airfield in Kashan, in central Iran, at least twice in the past month to examine drones that could be equipped with weapons, Sullivan said. Based on the satellite images provided by the US presidency, according to The New York Times, Moscow would be interested in the Iranian Shahed-191 and Shahed-129 drones.

Ukraine has its own fleet of drones. But it has also used hundreds provided by the US and other NATO countries, such as the Turkish-made Bayraktar.

The Russian fleet of these devices is also not small. The Iranian drones would serve to make up for the losses suffered.

In addition to the rapprochement between Russia and Iran, the bilateral meeting between Putin and Erdogan was highly anticipated. Rivals in the conflict in Syria, Moscow and Ankara have been able to find common interests. Despite being a member of NATO, Turkey has not imposed sanctions on Russia and Erdogan encourages his role as a mediator in Ukraine. The two leaders spoke yesterday about the mechanisms for creating safe sea corridors for the export of grain from Ukrainian ports. “With your mediation we have made progress, but it is true that there are still unresolved issues,” Putin told Erdogan.

Last week, delegations from Russia, Turkey, Ukraine and the UN made significant progress in a meeting in Istanbul. The Russian Defense Ministry said on Friday that there may be a deal soon. Turkey's Defense Minister Hulusi Akar said on Monday that a new meeting this week "is likely".