Putin promotes his ally Kadyrov to the rank of colonel general

Despite having been highly critical of the military strategy in Ukraine and leaving the high command of the army to their knees, the head of Chechnya, Ramzan Kadyrov, is a staunch and loyal ally of Russian President Vladimir Putin. 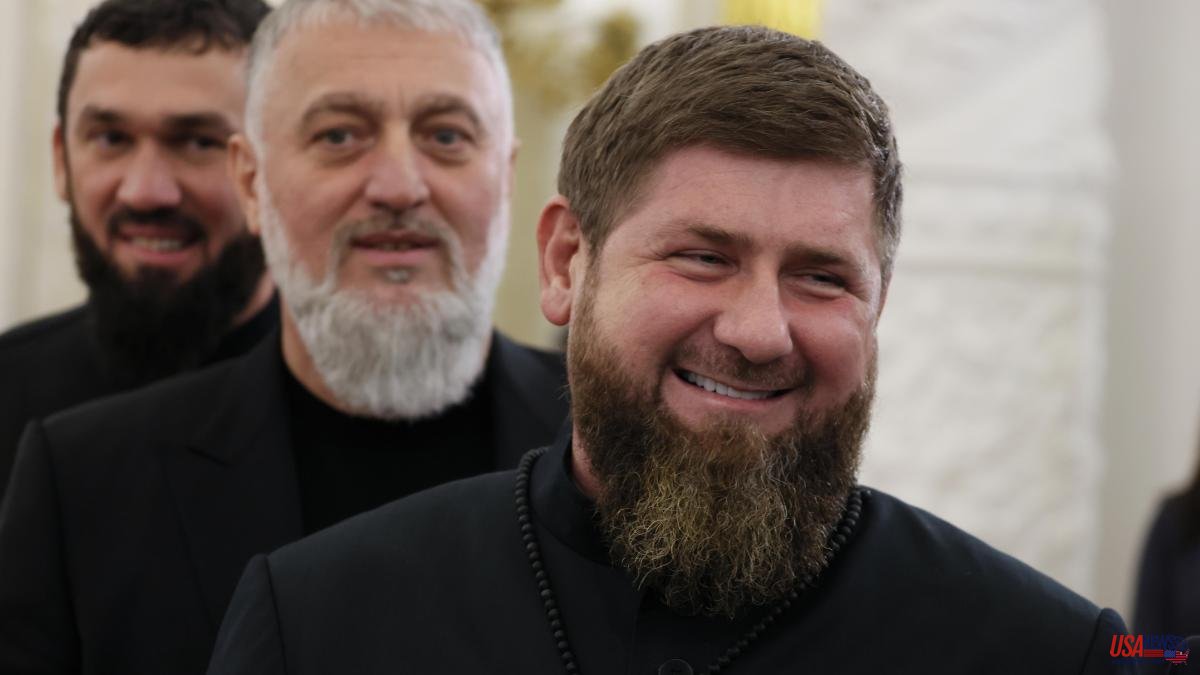 Despite having been highly critical of the military strategy in Ukraine and leaving the high command of the army to their knees, the head of Chechnya, Ramzan Kadyrov, is a staunch and loyal ally of Russian President Vladimir Putin. This promoted him this Wednesday to the rank of colonel-general of the Russian National Guard, coinciding with his birthday.

It was Kadyrov himself, who has reached the age of 46, who announced the promotion. He is the second awarded by the head of the Kremlin in six months. Last spring he was awarded lieutenant general.

And he did it through one of his favorite means of communication, his Telegram channel. "The President of Russia has given me the rank of Colonel General. Vladimir Vladimirovich has briefed me personally and congratulated me," Kadyrov wrote. The controversial leader of Chechnya has served in the National Guard since 2020.

Kadyrov, who has sent Chechen brigades to fight in the Russian military campaign in Ukraine, considered it "a great honor" to become a general of the Armed Forces. "I am enormously grateful to our commander-in-chief for highly appreciating my services," he noted. And he promised not to break that trust.

Colonel General (in Russian, "general-polkóvnik") is a military rank that is not used in the Spanish army. In Russia it is a rank higher than lieutenant general and lower than general of the Army.

Kadyrov receives this promotion days after calling for Russia to use nuclear weapons in Ukraine. Faced with the success of the Ukrainian army's counteroffensive, which forced the Russians to withdraw from Liman, Kadyrov called on Saturday for Russia to use its deadliest arsenal in Ukraine. And he criticized General Alexander Lapin, commander of the Central Military District and in charge of the defense of that area of ​​Donbas. "In my view, more radical measures must be taken to the point of declaring martial law in the border territories and employing low-power nuclear weapons," the Chechen leader said.

On Monday, the Kremlin called for calm. His spokesman, Dimitri Peskov, said that in this aspect the country's leadership prefers to be guided by "balanced and objective assessments" and not make decisions with "emotionality."

Peskov was asked by journalists about Kadyrov's promotion. But he replied that he could not comment on it, since he had not yet seen the document.

At these words, Kadyrov reacted with some indignation and sarcasm. He said that Peskov has "an immature scale of values" and "something has to be done about this." "We are carrying out with all our forces, day and night, the special operation with all members of the security forces and volunteers. I could give encouragement in some way or find a way to make a more delicate comment, and not with his 'I have not seen the decree', he said, addressing the spokesman.

Ramzan Kadyrov is the longest-serving regional head of an administrative division in Russia. He has led Chechnya, in the Caucasus, since 2007, three years after his father, Akhmat Kadyrov, also president of Chechnya, was killed in an attack. In addition to the title of Colonel General of the Russian National Guard, he has also been distinguished with other honors, such as the Hero of the Russian Federation, which is the highest granted in the country; or the Order of Alexander Nevski, among others.