The former president of the Generalitat Jordi Pujol has started motor and language rehabilitation, according to the Hospital de Sant Pau in Barcelona where he was treated on Monday for an ischemic stroke that had affected his speech. 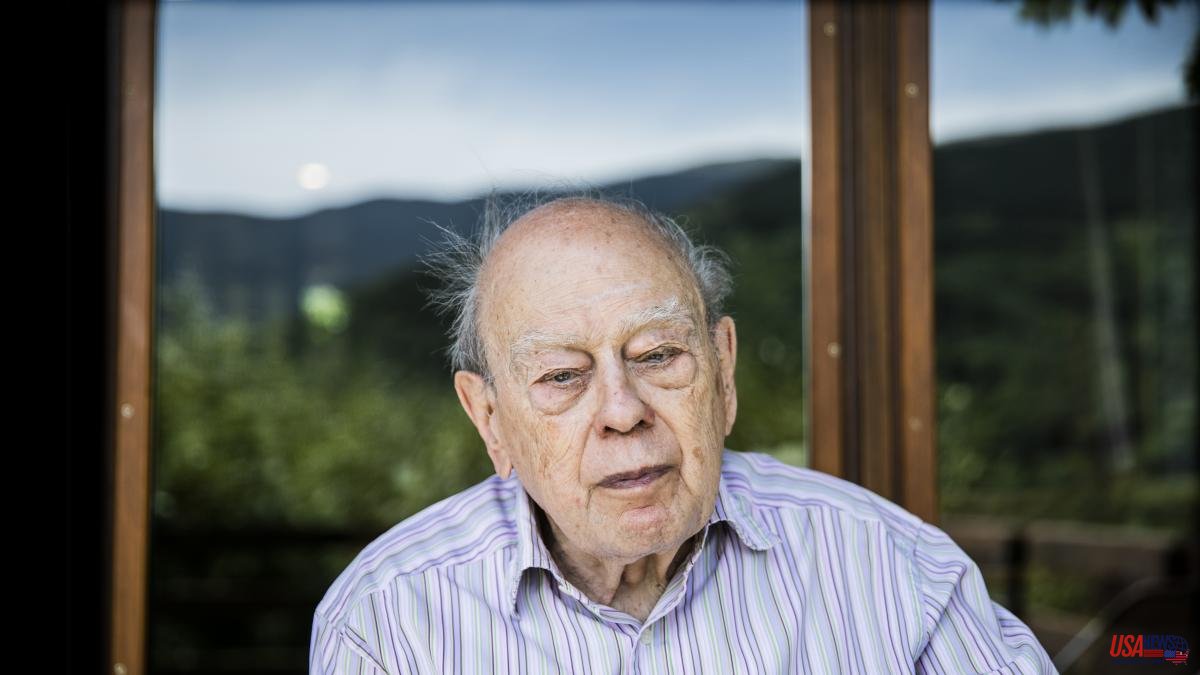 The former president of the Generalitat Jordi Pujol has started motor and language rehabilitation, according to the Hospital de Sant Pau in Barcelona where he was treated on Monday for an ischemic stroke that had affected his speech. Pujol, who is still admitted to the hospital's stroke unit, will be discharged in the coming days, since no complications have been detected so far.

On the fifth day since his hospital admission, the evolution of his neurological status is "favourable", adds the hospital, which yesterday reported that it had detected a brain injury. However, in this Friday's statement this injury is not mentioned. Specifically, the hospital said yesterday that the brain MRI performed on Wednesday confirmed a lesion in the left temporal region of the brain. In this regard, the head of neurology at the Hospital, Albert Lleó, who treats the president, yesterday considered it "premature" to say whether he would leave sequels.

President Pujol was admitted at 5:00 p.m. on Monday to the Hospital Emergency Service from Barcelona Hospital for the evaluation and treatment of a stroke. The symptoms began at 11:00 on the same day with a language disorder, for which he was transferred to Barcelona Hospital where the existence of an ischemic stroke was confirmed, that is, a stroke due to lack of cerebral blood flow. In agreement with the medical team from the other hospital and the family, it was decided to transfer him to Hospital de Sant Pau to assess potential treatments.

Upon arrival, in accordance with hospital stroke protocol, a cranial CT scan was performed, which detected the presence of an obstruction of an intracranial segment of the left middle cerebral artery. After evaluating the case in a multidisciplinary manner, and given that the symptoms persisted and we were within the first 8 hours from their onset, in agreement with the family, it was decided to perform endovascular treatment. A mechanical thrombectomy was performed through femoral catheterization.

The procedure confirmed an acute obstruction of the left middle cerebral artery and the thrombus was removed by aspiration. The procedure achieved recanalization of the vessel and a good flow of the obstructed artery was observed.