The central government terminates the process. 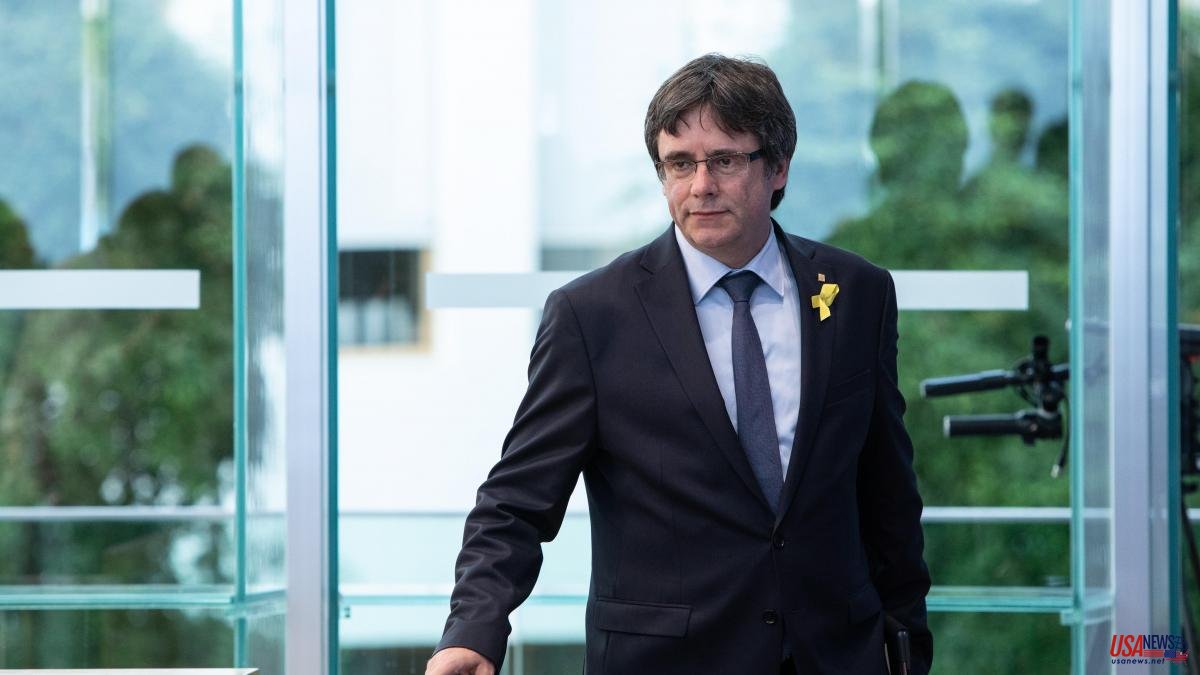 The central government terminates the process. As proof of this, the Executive of Pedro Sánchez will hold a Spain-France summit at the highest level in Barcelona on January 19, in which a Treaty of Friendship and Enhanced Cooperation will be signed between the two countries. Taking advantage of this circumstance, the former president of the Generalitat, Carles Puigdemont, has called this Friday for the mobilization of the independence movement in a unitary way in the Catalan capital, to counter these statements and "defend the country against some deluded gravediggers."

"They have worked to demobilize and break unity, which have been two great tools to defend Catalonia against a state that discriminates against us and harms us for being Catalan," lamented the now MEP and one of the leaders of Junts per Catalunya. , although he no longer plays any role in the organic leadership of the party. It is a message that also includes veiled reproaches to Esquerra Republicana.

On behalf of the Government of the Generalitat, it is not yet known what role it will have or if it will have any in that meeting in which the President of the French Republic, Emmanuel Macron, as well as several of his ministers and members of the Government of Spain, will be present, They have also replied to those statements that conclude the process. The Minister of the Presidency, Laura Vilagrà, warned Sánchez that without a self-determination referendum the Catalan political conflict "will not end", for which she has suggested that Moncloa still has "many homework" pending with the independence movement.

In fact, in the Government they assure that even if there were no staging of the agreements in the field of dejudicialization, the negotiation will continue. In an interview with Efe, the number two of the Generalitat and direct interlocutor with Moncloa in the dialogue highlights the progress made at the negotiating table, but makes it clear that Esquerra's objective is now to address the referendum folder. "The independence process has not died," says Vilagrà in response to Sánchez. “There were two folders: the first, that of dejudicialization, which for us still has a long way to go. And then that of self-determination, so that in Catalonia we can decide our political future”, adds the minister.

In Palau, moreover, they have already warned that once the budget folder is closed they want to work on a clarity agreement to detail the conditions of a referendum. It is the roadmap that President Pere Aragonès marked out in the general policy debate, although the resolution in this regard did not go ahead in the votes. “We know that it is complex and that the road will not be easy, but we are absolutely convinced that it is the line to end the political conflict. Without the vote of the citizens of Catalonia, the political conflict will not end”, points out the head of the Presidency.

According to Vilagrà, President Pedro Sánchez "would be making a mistake if he thought that just by having opened the line of de-judicialization" with the pardons and the reform of the Penal Code "the conflict has ended". "On the contrary, the conflict is still in force. Simply looking the other way will not end. That folder, sooner rather than later, they have to open it ”, he adds.

Asked if ERC will support Sánchez in a future investiture if he does not accept those demands that are now being raised, the leader has opined that her party should see "what this legislature gives of itself" and, then, "assess the success of this way and what results have been obtained”.