Police give more details of the plan followed to assassinate Abe

The Japanese prosecutor's office began investigating this Sunday the detainee for the deadly attack against former Japanese Prime Minister Shinzo Abe, identified as Tetsuya Yamagami, and suspected of planning and executing his murder. 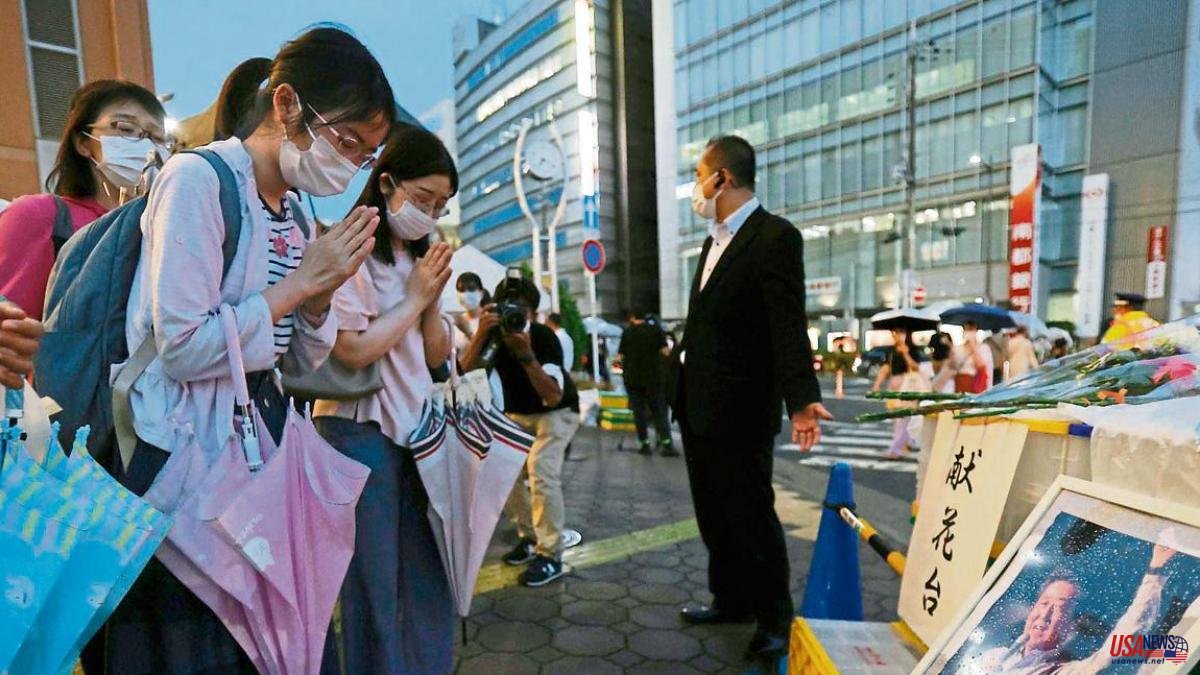 The Japanese prosecutor's office began investigating this Sunday the detainee for the deadly attack against former Japanese Prime Minister Shinzo Abe, identified as Tetsuya Yamagami, and suspected of planning and executing his murder.

Yamagami was arrested moments after allegedly shooting Abe during an electoral act in the streets of Nara (western Japan), at the same scene and while the Japanese politician lay wounded on the ground before receiving medical attention.

The alleged assailant, 41, a former Japan Self-Defense Forces (Army) worker, has confessed that he planned to kill Abe for his alleged ties to a religious organization that he hated for causing problems for his family, according to leaks. from the authorities to the local media.

Yamagami would have previously belonged to that organization, whose name has not transpired, and his mother made a large donation of money to it, according to these reports, which also suggest that the suspect would have contemplated attacking a leader of that group before choosing target Abe.

Although his motivations remain unclear, evidence collected by the authorities suggests that the suspect had been planning his attack on the influential Japanese politician for some time.

Police found at his home in Nara various homemade weapons similar to the kind of shotgun with which he shot Abe, as well as explosives, with which they believe Yamagami was trying to make a bomb.

The suspect had studied the program of electoral events in which Abe participated, and considered trying to attack him at a rally held last Thursday in the city of Okayama (west) although he ruled out doing so because the event was held in an auditorium and with Access controls.

Supposedly Yamagami opted to wait until Friday because Abe's rally that day was in the middle of the street of the city where he himself had his address and in front of a train station.

The alleged assailant arrived at the scene more than an hour in advance, and after Abe began his speech, he slowly approached from behind and opened fire twice after pulling his homemade weapon from a bag.

The Nara Regional Police, which was in charge of the event's security device together with a special team from the Tokyo Metropolitan Area Corps, has admitted that there were "problems" in its deployment that allowed the fatal attack to take place.

Abe was taken to a hospital in Nara with injuries to his chest and neck that caused him to go into cardiorespiratory arrest, and he died about five and a half hours after the incident from bleeding caused by injuries to his arteries and heart. , according to medical services.