The Bolivian Prosecutor's Office confirmed this Wednesday that the arrest of the governor of Santa Cruz and opposition leader, Luis Fernando Camacho, is due to the "coup d'état I" case, a judicial process for the political crisis of 2019 that resulted in the resignation of Evo Morales to the Presidency of the country. 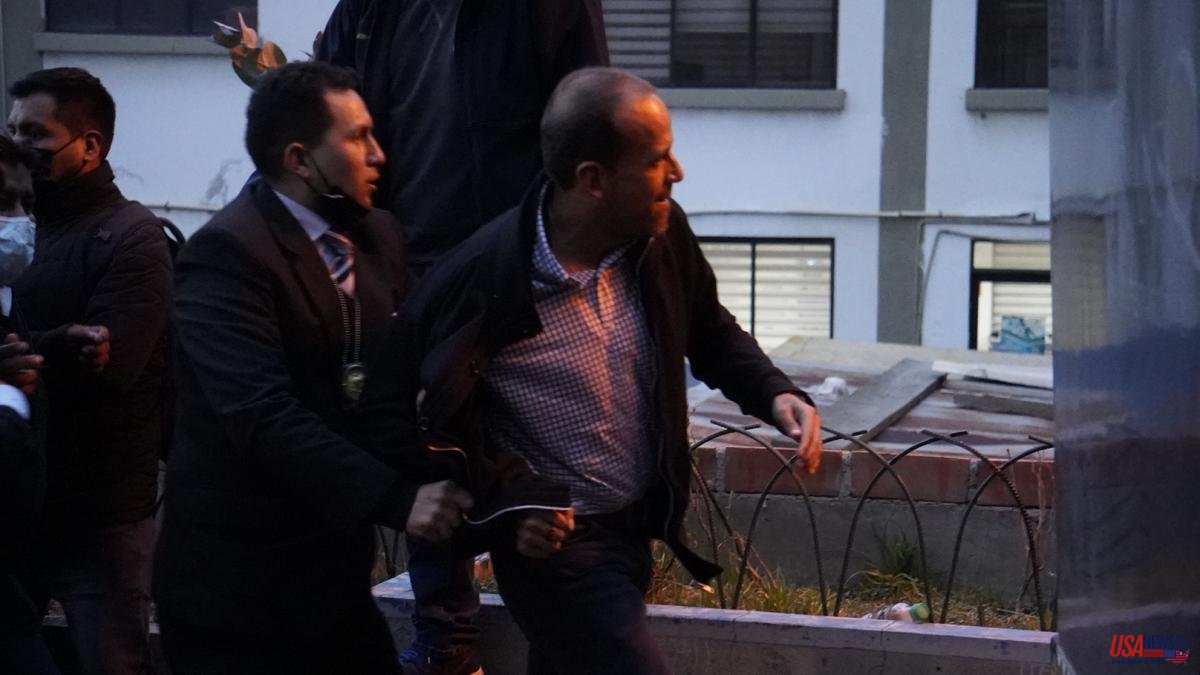 The Bolivian Prosecutor's Office confirmed this Wednesday that the arrest of the governor of Santa Cruz and opposition leader, Luis Fernando Camacho, is due to the "coup d'état I" case, a judicial process for the political crisis of 2019 that resulted in the resignation of Evo Morales to the Presidency of the country.

The Prosecutor's Office explained that Camacho's arrest "is not about a kidnapping or political persecution" but rather responds to an "arrest warrant" that was issued in October of this year by a judge in La Paz.

He also mentioned that Camacho "has full knowledge of said process since its inception", when the former deputy of the ruling Movement for Socialism (MAS) Lidia Patty filed a complaint for terrorism in November 2020.

The "coup d'état I" case consists of the denunciation of terrorism due to the 2019 crisis that occurred after the failed presidential elections, which were described as fraudulent and that led to the resignation of Morales, who denounced a "coup d'état" in his against.

Despite the fact that Camacho was the main defendant in that case that began two years ago, it was not until this day that the Police carried out the arrest and his transfer to the city of La Paz, seat of the Executive and Parliament.

Due to this process, in March 2021 the former interim president Jeanine Áñez and two of her former ministers were arrested, although in the case of the former transitional head of state another case was followed, "coup d'état II", for which He sentenced her to 10 years in prison on charges of illegally placing herself in the line of presidential succession.

The lawyer of the former legislator of the MAS Víctor Nina told EFE that as the accusing party about three weeks ago he presented "a compliance action to force the Public Ministry to summon and apprehend" the defendant and that before that this entity "did not have any another way" than to do it.

The arrest that was to be carried out long before ran into a "judicial vacation" and that is why it was carried out now so that in the following days a hearing will be held in which "six months of detention" will be requested, the jurist specified.

Nina also indicated that against Camacho there are "photographs and testimonial statements" that "demonstrate" his responsibility for the crime of terrorism and interruption of the "constitutional order", in addition, that there is "risk of flight and obstruction" of the investigation.

For his part, the Minister of Government (Interior), Eduardo del Castillo, reported that Camacho's health is "stable" and denied "all information about alleged injuries that would have been caused" to the governor of Santa Cruz during his detention.

"We inform the Bolivian people that, after the apprehension of Luis Fernando Camacho, we have instructed that the corresponding medical evaluation be carried out, respecting constitutional rights and human rights as we do with any person deprived of liberty," Del Castillo wrote on his networks. along with a photograph of the governor.

At the end of the afternoon, Camacho, who was apprehended by police agents after noon before arriving at his home in Santa Cruz, was transferred to La Paz and remains at the offices of the Special Force to Fight Crime (FELCC). ) of that city.