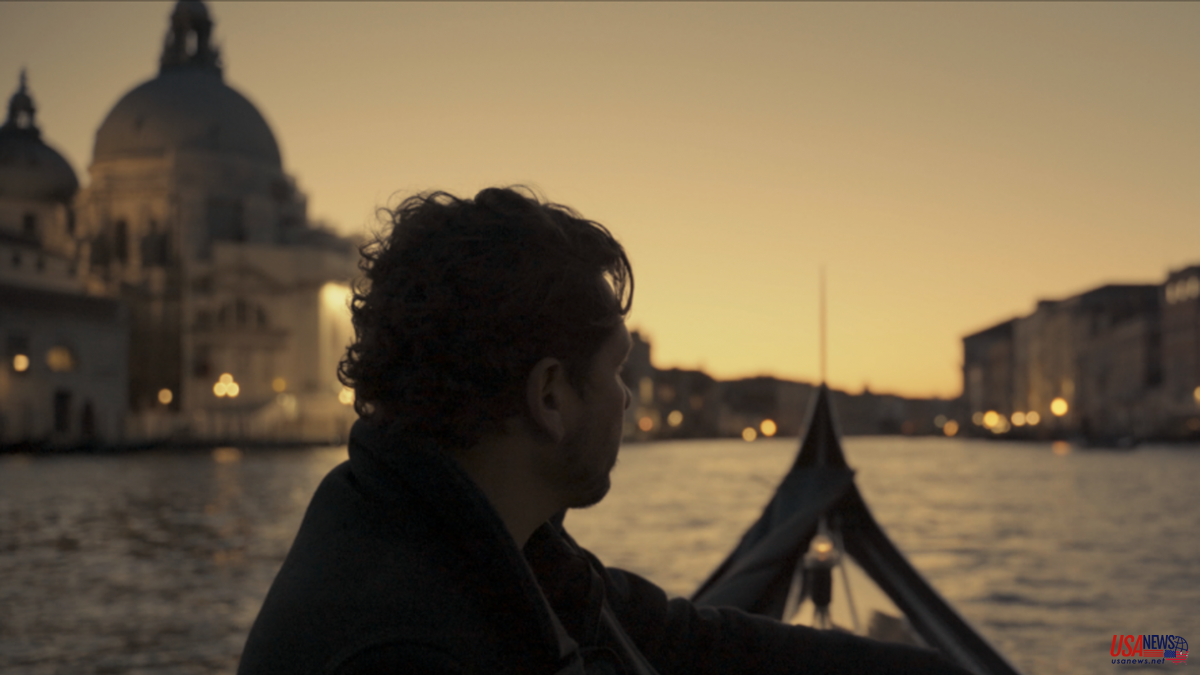 Miró, Picasso, Klein, Modigliani, Tàpies, Matisse... there was no painter who could resist him. Oswald Aulestia copied the works of the most renowned artists of the 20th century, sold them as genuine, and made a great fortune that he squandered at night, on cars and other luxuries. Aulestia from Barcelona has been a genius of deception, the greatest art forger in history, wanted by the FBI and Interpol, extradited to the United States, his life is a movie life that Kike Maíllo has now brought to the cinema.

The documentary El falsador, which will hit Spanish screens in September, will premiere tomorrow at the Atlàntida Film Fest in Palma de Mallorca in a luxury screening that will be attended by Queen Letizia and French actress Isabelle Huppert. Maíllo tells in this interview with La Vanguardia the details of the shooting, which he had a life of his own.

What attracted you to the character of Aulestia and how did you find him?

I was looking for material for a fiction film with the idea of ​​the rogue as a background, of the contemporary pirate, of the trickster who lives on the margins of society, and I came across an article about Oswald, who was wanted. I contacted his entourage and he appeared through Facebook. The character was so powerful that I rejected the idea of ​​making a fiction film, since it could be incredible, and I opted for the documentary.

Did Aulestia learn the forgery trade from her father?

His father, Salvador Aulestia, was a painter and sculptor and, although he was not extraordinary, he lived from his art. Oswald learned to paint from his father. Very young, he went to Venice. He explained in artistic circles that his wife was Miró's lover and that he sometimes gave her his drawings as gifts. Oswald began to forge Miró and to sell the copies well, because in the sector they believed his story. Later, his father got a million dollar contract with a gallery owner in Italy. Father and son painted about 30 paintings a month, they were originals by Salvador Aulestia drawn by four hands. They made a lot of money, but the business collapsed when Salvador ran away with the gallery owner's wife. Oswald began to misrepresent to his father that it was what he knew how to do.

After those beginnings, he gave himself up to the counterfeiting business and was persecuted by justice, but he was not convicted, did he feel unpunished?

I always lived in fear. He had twice flouted jail and been rounded up by helicopters and a group of armed police officers who entered his house unexpectedly. But he did not think that he would end up in jail, because there were no complaints: people who have a copied Miró do not want to accept that it is false.

And yet during the filming of the documentary, Oswald was arrested and extradited to the United States...

Yes. Operation Picture was underway. It had started in 2006 when some individuals reported that the works they had bought by post were of low quality. They weren't all from Oswald, who somehow ate the brown. He spent a year in the American jail. He accepted the charges and after the trial he was released and returned to Barcelona.

How much money did Oswald make from the forged art?

Hundreds of millions of pesetas. He got rich, but it is very difficult to calculate it, because he worked with an international band. The gallery owners commissioned the work and then certified it, which is the most important thing, because it is the seal of authenticity that allows a painting to sell well. He also went bankrupt a lot of times, because he lived high, spent what he had and what he didn't have and rubbed shoulders with stars like Sylvester Stallone or Ricky Martin.