Penelope Cruz: "As a child I entertained my grandmother's friends imitating Raffaela Carra"

It shines on the red carpet and at close range. 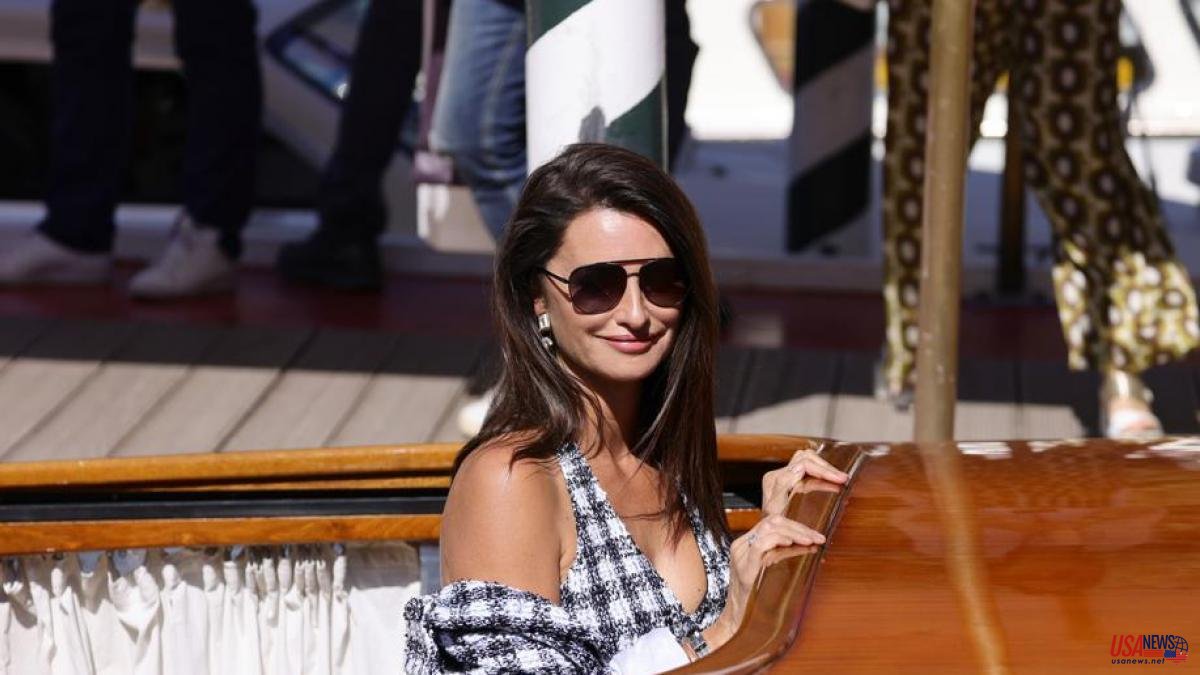 It shines on the red carpet and at close range. And it's not surprising, because things are going great for Penélope Cruz. She has just landed in Venice, which "is like my home, because I came for the first time at 18 years old with Jamón, Jamón", where she is presenting two films: In the margins , directed by Juan Diego Botto of which the actress is also the producer , and L'immensita , by the Italian Emanuele Crialese, who competes in the official section.

L'immensita has left its mark on this Mostra for various reasons. One is the interpretation of Cruz, as a mother of three children who is the victim of mistreatment by her husband. Another is that the film, which is very autobiographical, has served Crialese to make public that she was born a girl, but that she always felt, acted and considered herself a man.

The Italian director, winner of this competition in 2011 for Terraferma, moves in L'immensit to the Rome of his childhood where the young Adriana asks her family to call her Andrea and insists that she is a boy. Andrea has two siblings, a boy and a girl, and a father who mistreats her mother, Cruz, who despite the situation tries to entertain her children with dances, songs and games.

“The fact that the film deals with gender violence made me decide to accept the role. I am aware that films do not change the world, but they do serve to invite reflection on important issues like this”, says the actress, who last year won the Coppa Volpi for best female performance for his work on Pedro Almodóvar's Parallel Mothers.

Despite the fact that the protagonist's childhood is marked by her father's aggressiveness and by feelings regarding her gender, L'immensita is not a sad film, but rather a nostalgic one, because Andrea manages to be happy thanks to her pranks and her overwhelming imagination. "Television in those days was a real show, 24 hours a day, and Andrea uses her creativity to introduce her mother to that world of black and white television," says the director.

And this is how Cruz becomes Raffaela Carra to sing and dance Rumore or Patty Pravo to sing the Italian version of Love Story. Penelope hasn't had a hard time getting into the shoes of these artists: "When I was little, my grandmother would take me to the park to dance to Raffaela's songs and thus entertain her friends," she says.

Nor has it been difficult for her to get into the shoes of a mother, because "since my children were born, who are now 11 and 9 years old, my priorities have changed. My children come first, that's why I try to shoot in Madrid and not do more than one film a year, although now these two jobs have accumulated, which were delayed due to covid.”

The actress shares Crialese's approach that the childhood of yesteryear, when there were no mobile phones or social networks, was a little better, because “before, children were bored and that forced them to develop their imagination. I went to class, I learned what I had to learn and then I disconnected and let my imagination run wild, ”recalls the actress.

And he insists that “it is doubtful that the new technologies are better for mental health and happiness, just read the interviews with the great technological gurus, they all confess that their children have been restricted from using mobile phones and networks social”, he concludes.