The Pilsen game will not remain in the history of Barça etched on fire. 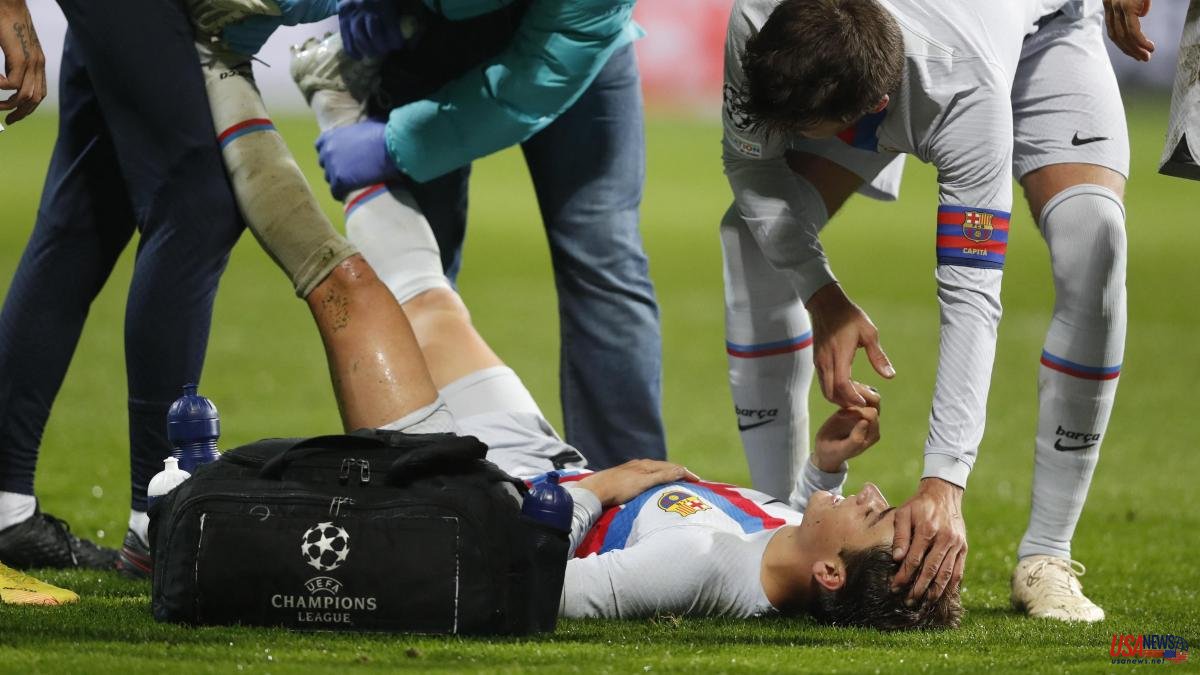 The Pilsen game will not remain in the history of Barça etched on fire. A sad procedure that only served to enter the 2.8 million euros that were distributed for the victory and to dose minutes. But in his personal album the match against Viktoria does occupy a preferential place from now on, framed and underlined. For Pablo Torre it is to date the game of his life. In his fourth spell as a Barcelona player, his first as a starter, he did not go unnoticed, for better or for worse. For the good because he started from the start and because he scored a goal with a hard shot with the left. For the bad because he committed a penalty and because he couldn't celebrate as much of it as he suffered cramps at the time of the shot, which is why he was substituted.

A continuous chiaroscuro that is a faithful reflection of his first months as a Barcelona player. At 19 years of age, his arrival at the Blaugrana is not proving to be easy at all. Signed for 5 million to Racing after a call from Xavi Hernández, who convinced him instantly, he has been left in no man's land. He does not play with the subsidiary, a team with which he has only played one game, nor has he hardly enjoyed chances with the elders. Until yesterday he had only participated 90 minutes under the orders of Rafa Márquez in the First RFEF and 30, in three short periods, under the baton of Xavi. A meager background for a classic midfielder at Barça, relatively short and with good ball control. He needs ball and rhythm and during the game he was often seen to be shy, as if he didn't want to take risks. But when he did he made a couple of dangerous losses. On the other hand, he did play it right by throwing a tunnel at N'Diayé that stopped him with a tremendous blow to the face. Everything happened to the Cantabrian. Later he had the misfortune to take a penalty without discussion.

Errors, penalties, shyness... It seemed that his debut in the eleven would leave him with bad feelings. Until Raphinha saw his unchecking in depth and Soto de la Marina did not think about it. He stepped on the area and released a left foot that kissed the net forcefully. “I saw a space and Raphinha put a great ball on me. He made it easy for me”, he pointed out after the game. It was time to celebrate and get rid of the thorn but he remained nailed to the grass without being able to rejoice. The companions came to congratulate him but he couldn't even get up. "My twins went up." Muscle fatigue had gotten to him. They came to treat him in case it was just a simple cramp but Xavi preferred to replace him and the footballer left on a stretcher.

Yes, Pilsen for Barça will mean nothing more than the end of its sad history in this Champions League. But Torre hopes it's the beginning of him. His first start and his first goal have been here. Who knows if it will not have to be remembered many times.