Overture and cabotage of the Andalusian enigma

Discussing whether it is better to return to the past or eternalize the present, as Sir Winston Churchill wrote, is a dedicated way of losing the future. 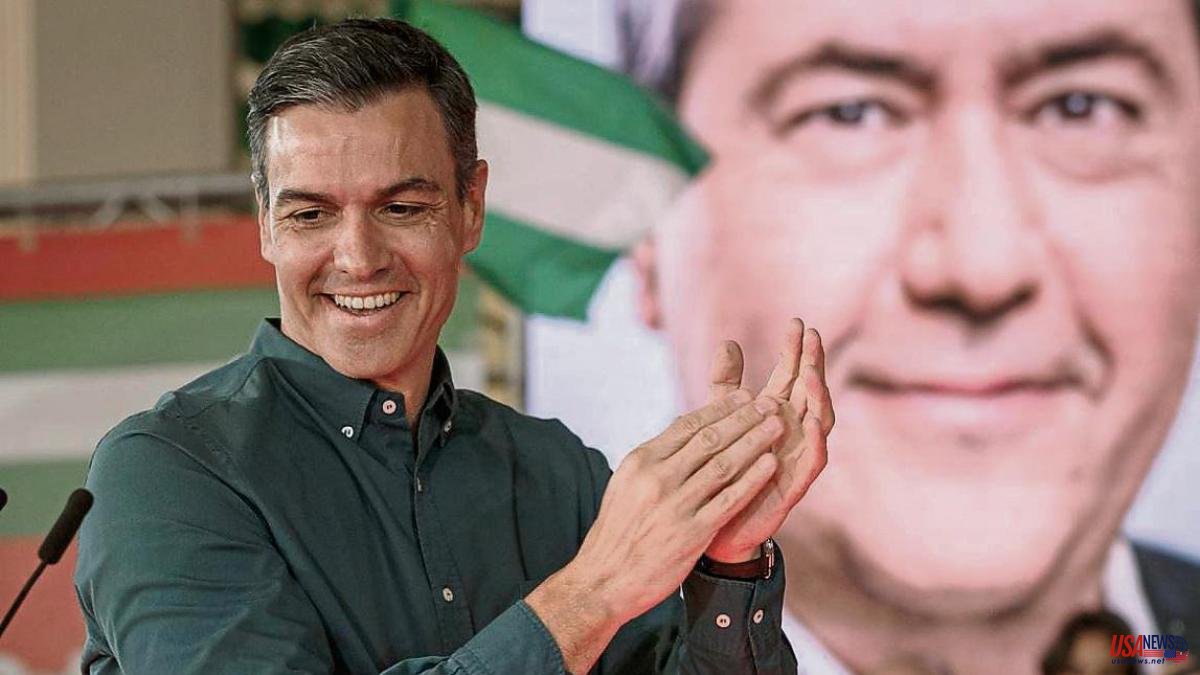 Discussing whether it is better to return to the past or eternalize the present, as Sir Winston Churchill wrote, is a dedicated way of losing the future. The electoral campaign will start in five days in Andalusia without it being clear what the future will be in the great autonomy of the south and with the unusual question of whether the politicians who are waging this race in search of regional power -six candidacies have weapons before of 19-J – will be able, after the polls, to articulate a new stable and lasting parliamentary majority. The specter of chronic instability hangs over the early elections. The repetition of the elections is not ruled out.

Moreno Bonilla (PP) predicts it if he does not get the deputies he needs to govern alone. It will happen automatically if after two months he is not sworn in as president. Nor is a significant rise of Vox implausible, as many polls predict.

The capital factor of the electoral launch, according to public opinion studies, is the growing citizen discontent with the direction of the economy, the rise in prices and the management of the ruling classes. The opposition between great ideological shores –right and left– no longer rules as before. It influences around the Andalusian enigma, but its limits are blurred: the PP fights for part of the progressive vote, Vox claims to defend "a real change" in Andalusia, the socialists aspire to return to being what they were (in San Telmo) and the multiple lefts, devout daughters of the Old Testament, continue their civil wars. The general panorama, from the start, has a lot of paint in sfumato.

More than 6.6 million people have the right to vote in Andalusia. But, if we make an analogy with other previous elections, it is possible that only a little more than half will vote, since the advance does not coincide with a general election. In the previous occasions in which the polls were opened only for green ballots –1990 and 1992– the participation was 55% and 66% respectively. The possible drop in voters at the gates of a summer that has advanced in the calendar harms almost everyone: the Socialists, because it will be very difficult for them to mobilize their disenchanted; to the left, because they concur in conflicting candidacies; and the PP because the possible capture of outside votes is potentially lower.

Vox, which is already in cities with between 20,000 and 50,000 inhabitants, could benefit from this decreasing participation, given that its electorate grows with polarization and the punishment vote. Another uncertain factor is the new voters: 302,446 will vote for the first time. The ultramontanes, according to sociologists, are seducing this social group aided by a generational change that renders the ancestral story of autonomy meaningless, although all the candidates –except Olona, ​​who is in favor of abolishing self-government– continue to be anchored in the rhetoric of a diluted imaginary, to different degrees, in a mostly lukewarm Andalusianism.

The candidatures of Por Andalucía and Adelante Andalucía will wage their family dispute until Judgment Day. IU has vetoed Teresa Rodríguez, former leader of Podemos, in the two electoral debates arranged on TVE and Canal Sur.

The PP and Vox dispute the Quirinale at first blood. The Andalusian crossroads does not, however, necessarily have to repeat the existing situation in the Community of Madrid or in Castilla-León. In the first case, because if Moreno Bonilla does not obtain a majority – even if he outnumbers the leftists – he will have no choice but to agree with Vox to be reinvested; in the second, because Andalusia, whose size and population is similar to Portugal, in addition to being the bridge between Europe and Africa, seats 61 deputies in Congress. His sociology is much more complex.

Ideological archetypes, on the other hand, are no longer categorical. Voter bags are like latticework: they are porous. The transfer of votes can lead to unusual scenarios.

Moreno Bonilla poses 19-J as a plebiscite against Pedro Sánchez, while endorsing PSOE flags such as gender policies and autonomy. The gatopardismo of the president of the Board has the socialists out of place, trapped between the erosion of their most recent past and the wear and tear of the present. The question is whether this moderation tactic will be enough to overcome the psychological ceiling of the electoral third, the support quota that could free him from governing alongside Vox.

Neither Cs, nor Adelante Andalucía, nor Por Andalucía, which would be willing to abstain from a possible investiture of the PP leader, come out to win, even though their candidates say otherwise. Their options range between not disappearing (Juan Marín and Teresa Rodríguez) or being satellites of the PSOE. For Cs there is no song, no swan.

The Socialists contemplate their decline: they have ceased to be the hegemonic party to become a club of mayors. Sánchez has gone down three times to the south – his ministers, dozens of him – without straightening the course of Juan Espadas, who sees Andalusia as if it were the Extremadura of Fernández Vara.

Vox, thanks to the victimization due to the fake registration of its candidate in Salobreña, promises to enter San Telmo "with a broom and a sword." The metals of 19-J begin to sound this Friday, June 3.