Osasuna signed the third victory of the season to settle in the first positions at the expense of Rayo Vallecano thanks to both Rubén García in extremis after a great play by Abde that broke the tie that both teams had left until that moment. 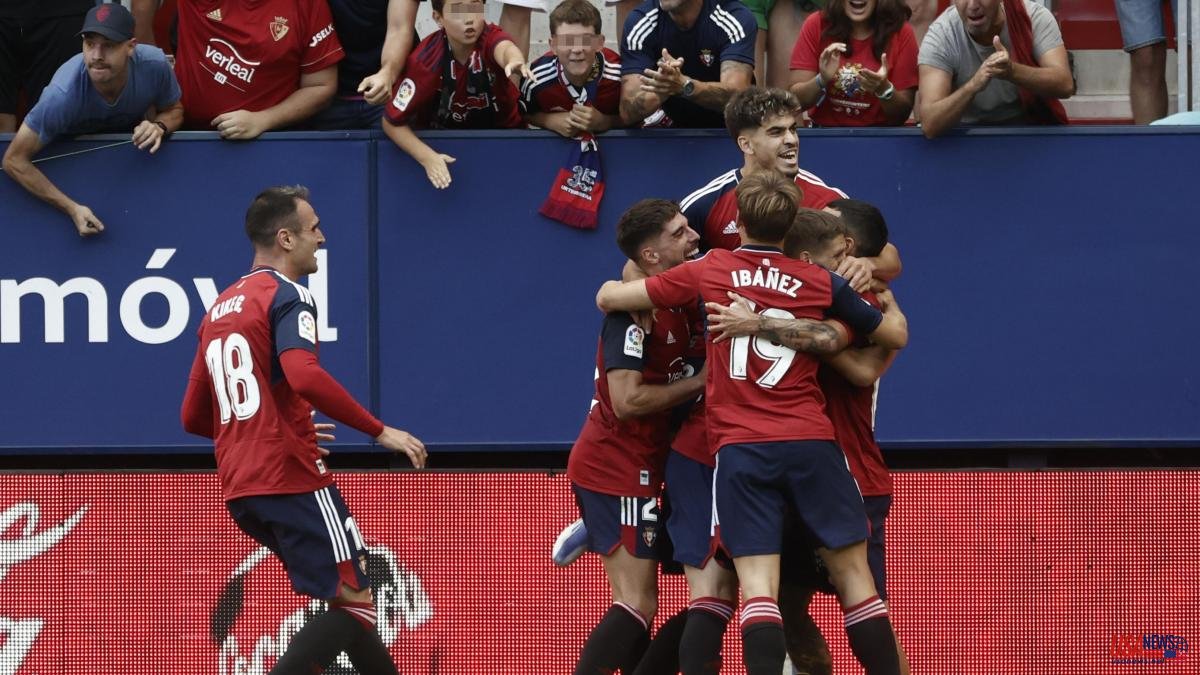 Osasuna signed the third victory of the season to settle in the first positions at the expense of Rayo Vallecano thanks to both Rubén García in extremis after a great play by Abde that broke the tie that both teams had left until that moment.

Osasuna's winning inertia at home invited them to watch a daring game by the rojillos to show their fans that this year they want to become strong in El Sadar. To do this, Arrasate repeated with ten of the eleven players who started against Betis, thus showing his confidence in a solid block that, for now, has shown few cracks.

Rayo requested a penalty on Camello after a blow from Torró to his face, but neither Muñiz Ruiz nor the VAR considered it punishable. Osasuna's start was overwhelming, very vertical, regularly reaching Dimitrievski's goal. Aimar had a very clear chance, but the academy player did not manage to hook his shot well in the mouth of the goal.

The control was local with an Aimar that every time he asked for the ball he rubbed the lamp to invent a pass that no one imagined. The problem was on the roof of the Lightning. They could not maintain possession and when it came to circulating it was terribly difficult for them to clearly reach the opposite area.

Ten minutes from the end of the first part, the Rayo began to fuel very slowly. Salvi dropped to the ground during a counterattack, feeling a puncture that prevented him from continuing during the second half. Osasuna was in the game and he just needed more success near the finish line.

A fortuitous action as soon as the clash resumed precipitated Darko's exit by Torró. The Osasuna midfielder was unable to recover and led to the entry of the Serb.

The referee did see a penalty on Álvaro, but the reality was that it was completely different after reviewing the VAR. The Rayista stepped on Nacho Vidal, thus canceling the shot and warning the visiting player.

Darko was the man who won the baseline after a deep pass from Juan Cruz that ended in a goal. He put a center to the near post, where Aimar was. The midfielder made a hip turn to put the ball to the long post, an action with rhythm that was finished with great mastery by the youth squad. The 'Pajaro' is sweet and right now it is indisputable for Arrasate. The team dances under his wand.

Rayo wanted to play again, but that was not where they managed to get oil. Lejeune equalized after taking the free kick himself from the corner of the area. Neither Budimir and Sergio Herrera intercepted the pitch. There were 15 minutes left and the excitement was mounting.

Osasuna's changes did not have the effect that Arrasate expected. Abde, who in his first option was unsuccessful, kept trying. The Moroccan made a move that was little less than Maradonian in the 90s, dribbling, stepping on the ball futsal-style and putting in a low center so that Rubén García made the 19,000 rojillos that gathered explode.

Finally, Osasuna won again to remain undefeated in their stadium and reach fourth position with 9 points one week after visiting Almería in Andalusia.

Referee: Muñiz Ruiz (Galician Committee), assisted by Blanco Rodríguez and Hernández Ramos. The Galician referee showed a yellow card to Unai García and Juan Cruz on behalf of Osasuna. To Álvaro and Ciss on behalf of Rayo.

Incidents: Match corresponding to the fourth day of LaLiga Santander played at the El Sadar stadium before 18,745 spectators. The kick-off was given by Asier Martínez, the Navarrese athlete who won the gold medal in the 110 meter hurdle during the European held in Munich.

Check here all the results and classification of the Santander League