'Olga', the agony in exile of a Ukrainian gymnast

Olga is a 15-year-old Ukrainian professional gymnast obsessed with being the best. 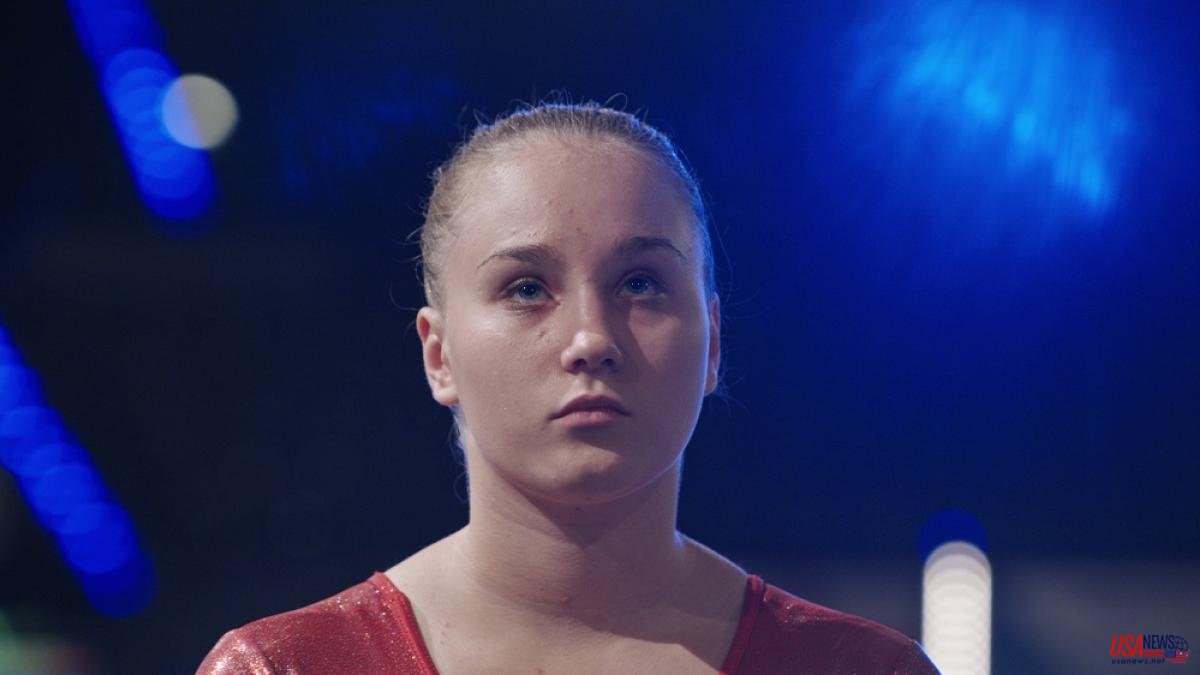 Olga is a 15-year-old Ukrainian professional gymnast obsessed with being the best. At the Olympic center in kyiv, she shares training and confidences with her best friend, Sasha. Her mother is also obsessed with her work, that of denouncing President Yanukovych's corruption at all costs. But her principles almost cost her life and Olga must leave the country to go into exile in Switzerland, the land of her deceased father, where she will start a new life observing from the distance of the internet and phone calls the sudden changes that will shake Ukraine during the uprisings. Euromaidan in 2013, triggered by the dissolution by the Ukrainian government of the trade agreement with the EU.

Swiss-based French director Elie Grappe makes his feature film debut with a powerful story of overcoming love and commitment in a context that is more relevant than ever after the Russian invasion of Ukraine last February. Grappe, who has previously directed several shorts, co-directed a documentary in 2015 about an orchestra and there he met a Ukrainian violinist who had landed in Switzerland just before Euromaidan. "I was moved by her confusion while she was talking to me outside the shooting of the revolution and the impact that the images had on her," explains the director to La Vanguardia, who was clear that in the words of that young woman there was a story to tell. "I wanted to reflect the pressure she was under due to being isolated from the events taking place in her country. The difficulty of reconciling her personal aspirations with the history that is unfolding in her country; confronting her personal problems with the collectives. And to I had to do a lot of research on Ukraine," he confesses.

Olga, which is also the title of the film, shows the incredible concentration of the gymnast and the passion and effort that the teenager puts into joining the Swiss national team and competing in the Olympic Games, facing an unknown language and teammates who they look at her as if she were a robot, in addition to a trainer who demands that she not train alone and who thinks she speaks Russian. Olga is aware that her mother is in danger and gets angry with her if she doesn't pick up the phone. They are two warriors in a constant and committed fight.

The mother from Ukraine in the protests and the daughter in the distance, always aware of what is happening in her native country, with that anxiety she feels not being able to do anything. Grappe says that he never thought another war would break out while they were shooting the film, "although this year's invasion is another step of the war that took place in 2014 with the invasion of Crimea. I hope that Olga puts the audience in context in a certain way. those previous historical events and not make what is happening fall into oblivion," he says.

Like the drama of exile that Olga has to live through and that millions of compatriots have been suffering since the beginning of the conflict. "You can't compare what the film shows with what the Ukrainians are going through now, but I hope it manages to convey to the viewer the feeling of being in exile, which means a revolution, even if it is through the images that Olga sees on mobile" and that Grappe uses using documentary and YouTube archive material. "The relationship between those images and her life as a gymnast makes her in limbo, somewhere in between those two worlds. And it's something that constantly ties the film together," she adds.

The director's camera observes the events, getting closer to the protagonist, achieving a psychological portrait of what commitment taken to the extreme means, without overly dramatizing the facts. The high physical and emotional price that Olga must pay, brilliantly embodied by gymnast Anastasia Budiashkina in her first acting role. Her serious rictus remains firm throughout the footage, always in tension, not allowing herself a moment to relax. Unbeatable, tireless.

"I met her when she was competing in the junior team in Bern in 2016. She was so focused on what she was doing and had such intensity that it seemed ideal for the character. She has managed to fill the space reflecting all her reactions and emotions, even improvising at times her phrases when she spoke Ukrainian. She is very brave, she has enriched Olga and I am very proud of her work because it has been really difficult. I think that after making this film she is more professional than many other actresses", she admits about this young woman who works in a circus in Kharkiv, teaches acrobatics to children and has no interest in getting back in front of the camera.

After this intense debut that arrives on the billboard this Friday, Grappe plans to carry out a thriller, a project that cannot go much further because it is still in the development phase.