No buses, no supermarkets: this is how Argentina will be paralyzed during the World Cup final

Four years ago, a video of Jero Freixas and his partner Jose went viral on social networks in which they parodied the importance that Argentines attached to the World Cup. 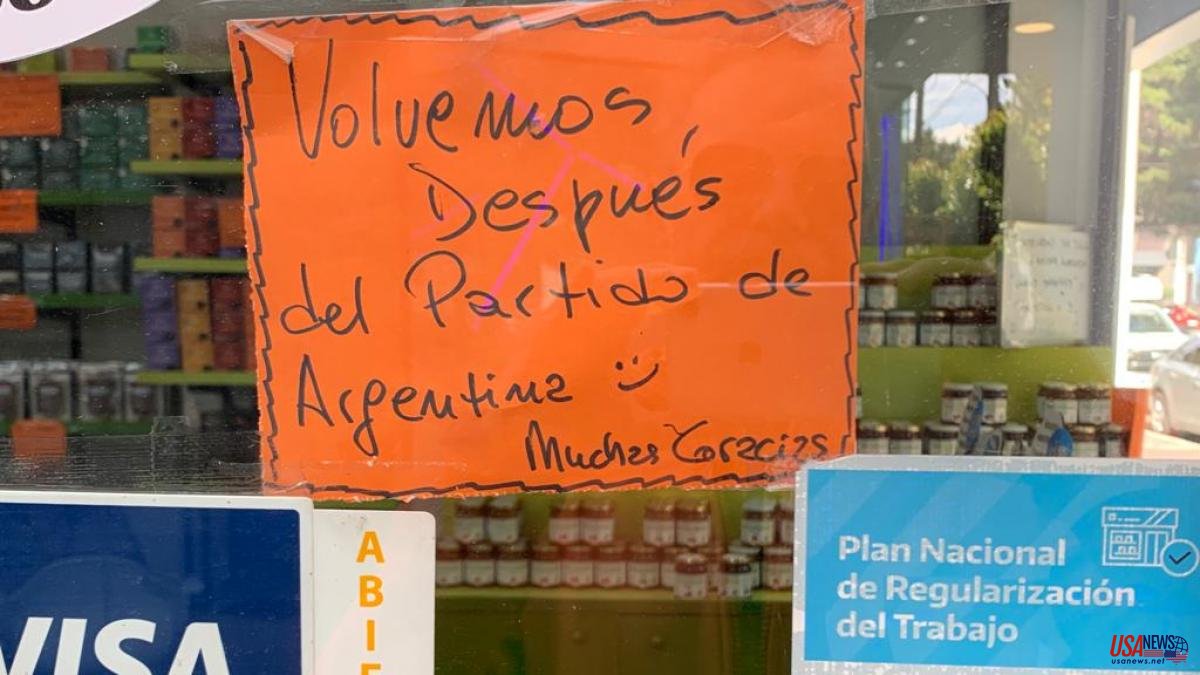 Four years ago, a video of Jero Freixas and his partner Jose went viral on social networks in which they parodied the importance that Argentines attached to the World Cup. But that distortion of reality might not be so far from what happens at the moment of truth. Because this Sunday, while Argentina tries to win the third title of world champions against France, a large number of cities will be completely paralyzed.

If an Argentine goes out into the street during the two hours in which the World Cup final is being played, they may find themselves completely alone, in an image similar to that offered by the pandemic. The fact that the game is played on a Sunday helps most of the country's workers and students to be at home and can watch the game. But in the service sector there are a number of people who will be working. For this reason, as an exceptional measure, many provinces of the country such as Mendoza, Bahía Blanca, Santa Fe and towns such as Bariloche, Salta, Neuquén, Cipolletti, Bahía Blanca and Villa La Angostura have decided to suspend bus activity during the final and subsequent hours.

If that person who had decided to go against the majority and go out tries to go shopping taking advantage of the fact that the country is paralyzed, they could find that it is not open. In various locations in the country, merchant associations have advocated for a premature closure, in this case to avoid an incident.

Both measures seek, on the one hand, that the greatest number of Argentines possible can enjoy the final. But they also want to avoid damage after the game, whatever the end result. Subsequently, in the semifinal that Argentina played against Croatia, there were incidents that have warned about what could happen on Sunday. People on top of the buses in Bariloche, incidents in supermarkets in Salta and other towns have called for prudence.

These measures are added to those already taken in schools so that children could watch the matches of their national team, making schedules more flexible on match day.

Another of the great unknowns that millions of Argentines have right now is what will happen on Monday in the event of a victory for Argentina. The last time the albiceleste won the World Cup, in 1986, it was declared a national holiday. That could be the decision of the Argentine government in this case.