New Delhi is erased from the empire 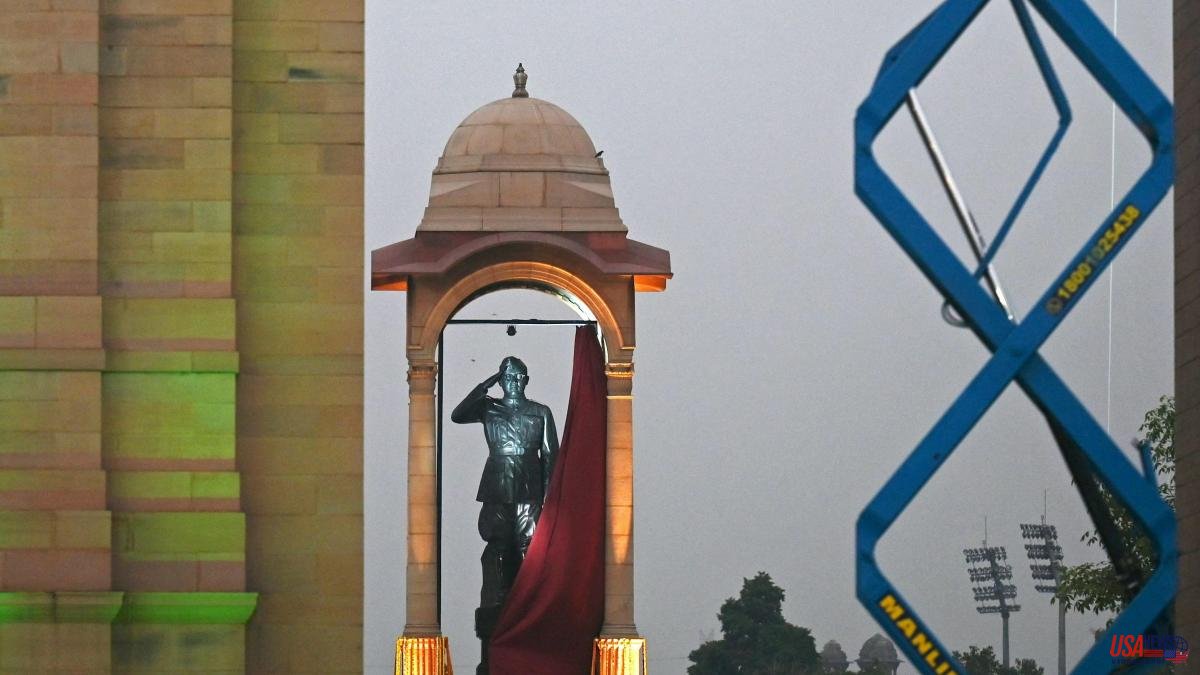 A king dead, king put, says the saying. But in the Indian Republic, the issue has more crumb. So much so that, since the statue of George V was evacuated from New Delhi's avenue of power fifty years ago, his stone canopy had stood empty. Chance has wanted its filling to be almost an act of voodoo.

The effigy of the anti-British fighter Subhas Chandra Bose was inaugurated, next to the renovated road, last Thursday, with a fiery anti-colonial speech by Prime Minister Narendra Modi. Minutes later Elizabeth II, granddaughter of Jorge V, passed away.

If someone trusted that the real gap would one day be occupied by a father of the country like Gandhi or Nehru, Modi was there to defraud him. The battle-hardened Subhas Chandra Bose was an uneasy inheritance for the Congress Party, but Modi's political tradition is another.

It should be remembered that Bose created in Singapore, with the support of the Axis, an Indian National Army that, in the antipodes of Gandhian pacifism, tried to expel the British by force of arms.

Nehru, an anti-fascist who got on well with the viceroy, Lord Mountbatten – and better with the vice-queen, Lady Edwina – always refused to erect a statue of Bose in New Delhi. Modi has not only rectified it but has given the insurgent the most symbolic place in the Indian state, soon flanked by new ministries.

It is the same dubious alliance with Hiro Hito that Aung San Suu Kyi's father sealed in Burma. Despite this, today's India worships the aforementioned Bengali politician without any misgivings and Modi, the great polarizer, has appropriated in this case a figure of consensus. His choice also abruptly reinterprets the most colonial of Indian avenues. His canopy is located just behind the India Gate, dedicated, to make matters worse, to those killed in defense of the British Empire.

"I congratulate my countrymen for freeing themselves from yet another symbol of slavery," Modi said in his speech, leaving no room for doubt about his purpose. Bose's presence, according to him, transforms "the spirit of the place", which has also come to be called Kartavya Path or path of Duty. The same golden mile that Jorge V baptized in his own honor as Kingsway and that, until last week, was called, in literal translation, Rajpath.

The prime minister also highlighted that Netaji – as the character is known – “unfurled the tricolor flag in Andaman” before independence. Four years ago, Modi already renamed one of the islands of said archipelago in honor of Bose.

His death is still the subject of conspiracy theories. Supposedly, he took a crashed plane in the Japanese colony of Formosa – today Taiwan – bound for the Soviet Union, in the last stages of World War II.

Modi's BJP vindicates Bose for the same reason that its parent organization – the RSS, founded in the 1930s – is interested in morning parades in khaki shorts. As a combative symbol, opposed to the supposed "effeminacy of the Hindu race", as it was said at the time. More or less the same in which Vicente Blasco Ibáñez portrayed a Calcutta in which a Muslim was enough to put a dozen Hindus to flight.

So New Delhi has killed the father, the King of England, on the same day his granddaughter died. The case becomes more Freudian when one considers that the creation of New Delhi, a mecca for the Indian political class, was George V's decision to punish unruly Calcutta.

Coinciding with the 75th anniversary of independence, the Indian Navy has also removed the cross of St. George from its insignia. "We must suppress any trace of the colonial mentality," Modi insisted, always in Hindi.

If in India a day of mourning has been declared for Elizabeth II, the requests for the return of the Koh-i-Nur diamond have also increased. And Modi himself lands today in Samarkand, to attend the summit of the Shanghai Cooperation Organization, along with Xi Jinping, Putin and Erdogan.