Nadal and the shadow of the father

Recently eliminated at Wimbledon, Paula Badosa denied that post-match statements are inevitably tedious, sometimes due to an excess of journalistic courtesy, others because many of those interviewed do not give more of themselves. 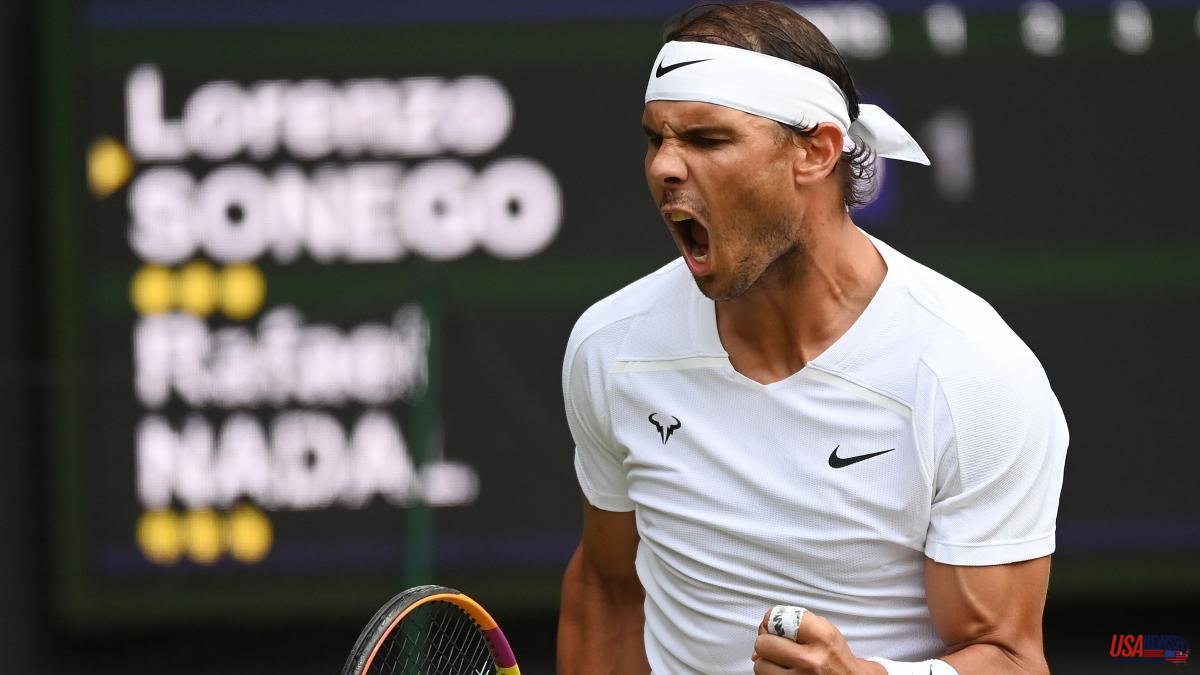 Recently eliminated at Wimbledon, Paula Badosa denied that post-match statements are inevitably tedious, sometimes due to an excess of journalistic courtesy, others because many of those interviewed do not give more of themselves. “I am not Rafa Nadal nor am I going to be. We have become spoiled in Spain. Hopefully one day I can do something similar, but I wish it was a little less demanding, ”she pointed out.

And there we enter a very fashionable concept, on and off the pitch: pressure. One understands Paula Badosa. She plays the same sport as Nadal, she is from the same country and she has a chance of reaching the top. That said, she can rest easy because it never occurs to anyone to expect her to be the female version of Nadal. Only Nadal demands so much and there he is, in the quarterfinals, giving daily recitals of what is, in theory, the sporting decline. Not even Messi –except for the golden bullet of the Qatar World Cup–, or Cristiano Ronaldo hurry the final stretch of his sporting life with as much fullness as that of Manacor.

Paula Badosa talks about an eternal, unsolvable and two-headed problem: do great champions, like relevant parents, weigh down careers or boost them? I don't think the matter is Iberian. France continued to wait for another Jacques Anquetil for decades, all hope for boxing in Italy was the new Benvenutti and Germany still hopes for a 21st century Boris Becker. What is Spanish is rubbing the virtues of the one who has left, but that is no longer putting pressure on it, but having bad milk...

Perhaps Paula Badosa should look at tennis references further back in time, such as Manolo Orantes, the left-hander who knew how to overcome the shadow of the great Santana, father and at times stepfather of Spanish tennis. All those who followed them and we are talking about half a century owe them a lot. There wouldn't be so many tracks or licenses or fans without them.

Nadal is a shadow as or more powerful than Santana in his day. With Santana, it seemed like either me or the deluge. And it was neither one nor the other because the best, the greatest, stimulate and that is where Orantes won the record.

No one expects Badosa or Alcaraz to be Nadal but to be them. That they exploit the talent without obsessing over Nadal. Otherwise, they are lost. Of course, they have had to live together and practice the same sport as the largest. A luck, not a problem.