The political climate does not accompany, but Òmnium does not give up its efforts to unite sensitivities within the independence movement that allow it to overcome the cycle of "paralysis" that the movement has experienced since 1-O. 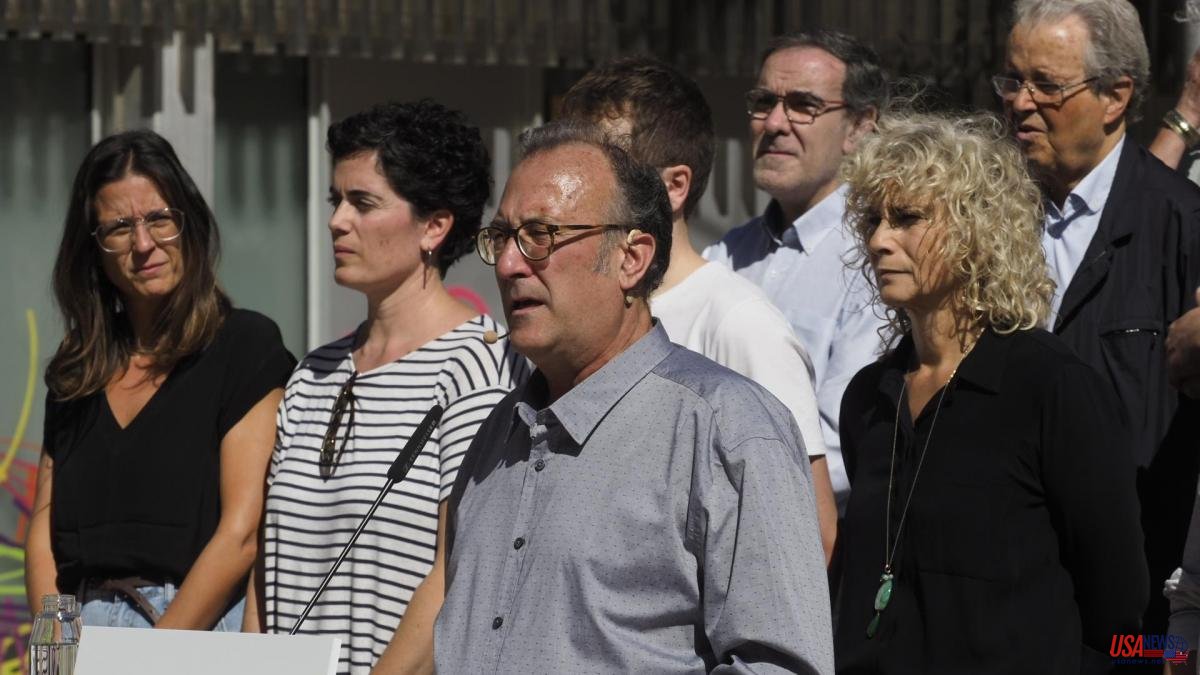 The political climate does not accompany, but Òmnium does not give up its efforts to unite sensitivities within the independence movement that allow it to overcome the cycle of "paralysis" that the movement has experienced since 1-O. Today he has commemorated the fifth anniversary of the referendum with a declaration in the courtyard of La Sedeta, in Barcelona, ​​with which he has claimed that "accumulation of collective power" to recover it and overcome the "inability to politically manage heritage", which has led to "discouraged, frustrated and disoriented".

Xavier Antich, president of Òmnium, spared no reproaches to the political class. "That power that we accumulate today is eroded and spoiled. The partisan battle, the confrontations between different strategies, the sterile dispute and the disagreement in the shared objectives have caused a situation of institutional paralysis and political blockage", assured the leader of the entity, at a time when the Govern ERC-Junts is in serious danger after the disagreements over the issue of trust that the postconvergents threatened to ask Pere Aragonès for, and the subsequent dismissal of Jordi Puigneró as vice president of the Catalan Executive.

For the leader of Òmnium, "it is urgent to unblock the paralysis, promote a new space for constructive discussion, create the conditions for a strategic agreement and propose to the country a concrete horizon for which it is worth fighting again."

"We have to get out of this cycle of frustration. We run the risk of giving the State our most important victory," he stressed, appealing to 1-O again.

And it is that Òmnium exposed the Onze de Setembre in public its will to bring together the independence movement in the same space to mark the strategy to follow to achieve self-determination. That is, to forge a new General Staff of the procés that expands its radius beyond the few entities and parties that in the shadows made 1-O possible. However, the current political situation, with Esquerra and Junts about to break with the Government, prevents any progress. In addition, it must be taken into account that in the last proposal that JxCat made to the president of the Generalitat to redirect the relationship, it has proposed that the Consell de la República, chaired by Carles Puigdemont from Belgium, be established as the center of this strategic direction. It is something that Òmnium does not see with good eyes and that Aragonès also completely discards. In fact, the Republican's investiture as president was jeopardized mainly by this issue.

In any case, Antich has assured that the page must be turned and another cycle opened for which his entity is willing to work "a new framework" of understanding "to move forward". "New leaderships are necessary", expressed the leader of Òmnium, borrowing the idea from Jordi Cuixart, former president of the association.

"Neither the Republic will arrive tomorrow, nor will the State give away the right to self-determination. Enough of false expectations and enough of renunciations. Principle of reality and determination" are three of the phrases that Antich has pronounced today in which between the lines a reproaches entities such as the Catalan National Assembly (ANC), which is committed to a DUI in the second half of 2023 - an option that has not been supported by any of the main pro-independence actors, but which is also a recrimination of the "paralysis" of the political parties. "Organized civil society is in a position to rebuild a shared strategy, as he demonstrated in 2017", he concluded by way of, once again, reproaching the political class.