Medvedenko, from winning two rings with the Lakers to defending Kyiv from the Russian invasion

Two decades ago, Stanislav 'Slava' Medvedenko was celebrating his second NBA ring with the Los Angeles Lakers along with stars like Saquille O'Neal or the late Kobe Bryant and today the former Ukrainian player, retired in 2007, is one of the volunteers who support the city of Kyiv against the Russian invasion. 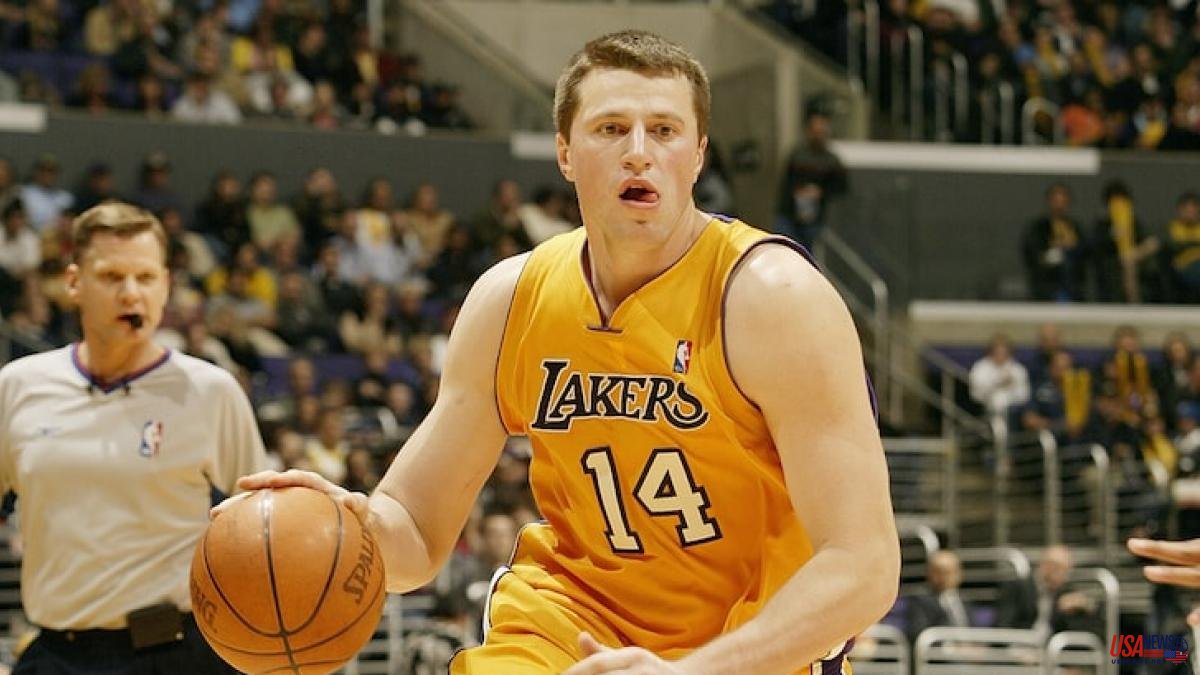 Two decades ago, Stanislav 'Slava' Medvedenko was celebrating his second NBA ring with the Los Angeles Lakers along with stars like Saquille O'Neal or the late Kobe Bryant and today the former Ukrainian player, retired in 2007, is one of the volunteers who support the city of Kyiv against the Russian invasion.

Accompanied by high-precision binoculars and an AK 47 rifle, the former center of the Los Angeles team (2000-2006) and the Atlanta Hawks (2006-2007) began his military experience as a manager in a guard post in a building located in the highest area of ​​the Ukrainian capital, where he lives with his wife and two of his children. As a member of the Ukrainian Territorial Defense Forces, which is the reserve unit of the country's army, he guarded the road along which Russian troops were supposed to advance for almost four hours a day.

The worst were the night shifts. “Are you sitting at a checkpoint and you see a huge fucking rocket flying over you?” explains Medvedenko, 43, in an interview with The Athletic where he reviews his experiences in the war. In one of the first night sessions he watched as 20 missiles tried to take out the Ukrainian radar system. "That was the first time I think the Russians understand that they can't break through our air defense system," he says.

In addition to his vigilante role, he also patrolled the streets of Kyiv in search of looters and saboteurs. For two months he acted as a member of the military police 24 hours a day, participating in daily meetings in a cafeteria turned into a self-defense office to strategize against possible attacks. Between his assignments, he dug holes for anti-tank mines and trained to shoot RPGs.

Now, after the Russian forces moved to the east of the country, Medvedenko is mainly carrying out aid actions, such as food deliveries. Moreover, he is creating a foundation to help Ukrainian children. "Slava was never afraid," explains a colleague in wartime who highlights his imposing two meters and eight centimeters in height. "When you're in this process, you don't have time to be afraid," acknowledges Medvedenko, who did feel terrified when he saw the missiles flying over his head.

The former NBA player, who averaged 5.4 points and 2.9 rebounds in 249 games in the North American League, began this terrible war chapter in the early hours of February 24, when he was woken up by the sound of Kyiv's anti-aircraft siren. The next morning he signed up as a volunteer and in the following days he saw how all the apartments in his 10-story building were abandoned.

The neighbors who remained created a chat group, first of a few and now of 1,500 people. The same thing happened to the civilians who joined the military group where Medvedenko was, which is officially the volunteer formation No. 29 of the 128th separate battalion for the territorial defense of Kyiv. "Within three weeks, we were like a police organization," he said.

Army representatives handed weapons to the volunteers. "He let everyone have weapons, that was the best decision of our president," explains Medvedenko, proud of his people: "The people of Ukraine surprised me, I saw how they united."

Medvedenko explains that he had the opportunity to flee to Europe or the United States, the country where he enjoyed basketball the longest, but he preferred to help his own: "I feel that I have to stay in Ukraine and help our country, our nation. We have to be strong. It is the opportunity to become stronger".

On the basketball court he was a pivot feared for his size and corpulence, but in the war his size is insignificant. "I try to be brave," he admits, though he explains that on one of his visits to Bucha, on the outskirts of Kyiv, where corpses pile up, he couldn't help but cry. "I saw body parts scattered around," he says. One of his consolations is staying by the side of his wife, Elena, who also helps the troops by tending a radio, and with two of his three children, Masha and Slava, aged 11 and 10, who since the beginning of the war and until three weeks ago they were with their grandmother in the west of the country, far from the fighting.