Marta Vieira and Christine Sinclair, the first to score in five World Cups (before Cristiano)

Cristiano Ronaldo (37) is making much of the headlines today after scoring the first goal for Portugal and becoming the first man to score in five different World Cups. 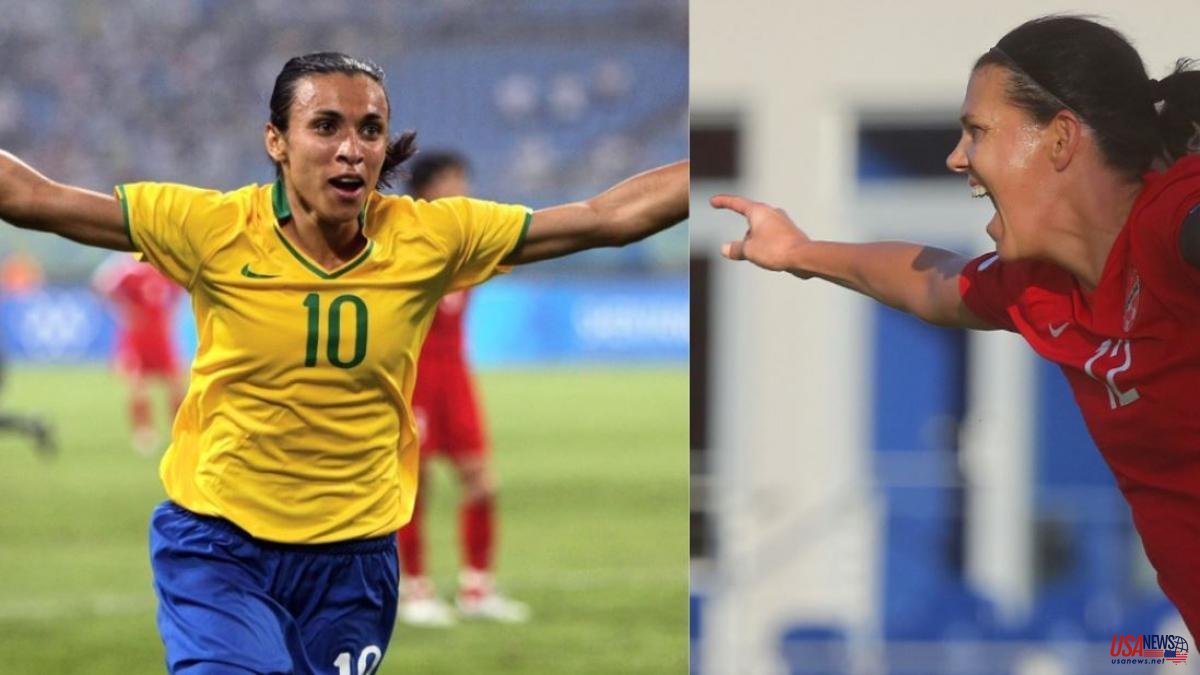 Cristiano Ronaldo (37) is making much of the headlines today after scoring the first goal for Portugal and becoming the first man to score in five different World Cups. What many media do not remember is that three years ago, the Brazilian Marta Vieira (36) was the first to achieve this, achieving this incredible feat during the World Cup in France. And she is not the only one in this select club, which also includes the Canadian Christine Sinclair (39). Both have participated, and scored, in the 2003, 2007, 2011, 2015 and 2019 World Cups.

Marta made her debut as a goalscorer at the World Cup in the United States in 2003, with three goals, but it was in China 2007 where she had her best tournament with a spectacular record of seven goals. Four years later, in Germany 2011, she added four more goals to her personal account, which was completed with a goal in Canada 2015 and another two in France 2019.

With 17 goals throughout these five World Cups, Marta Vieira is also the top scorer in the history of the World Cup competition, both for women and men, surpassing the German Miroslav Klose by a bit (16). The legendary striker is one of the stars in the history of women's football.

Six times recognized as the best soccer player by FIFA, she is a soccer player who already attracted all eyes when this sport was not so popular. With Brazil, she has scored 115 goals and her list will continue to rise, since at 36 she is still in top form. She plays in the United States, one of the most demanding leagues in the world, and her eyes are set on the World Cup in Australia and New Zealand next summer, the sixth in her long career.

Even more veteran is Sinclair, who at 39 years old proudly wears the captain's armbands of the Portland Thorns and the Canadian team, with which she has broken all possible records. She accumulates 190 international goals, far from the 118 scored by Cristiano Ronaldo, the top male scorer of all time. With an Olympic gold and two bronze medals in her showcase, Sinclair has celebrated ten goals in her five World Cups, to eight for the Portuguese striker.