An actress gets into what has to be the role of her life, the mythical Helen of Troy, for a movie. 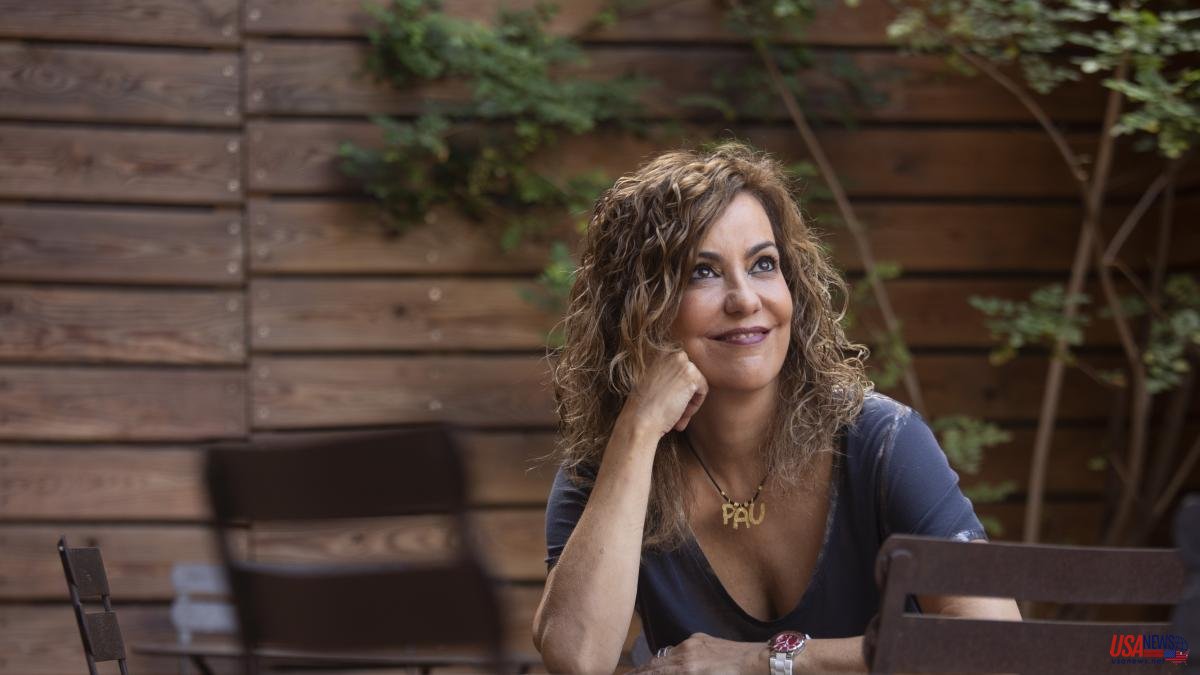 An actress gets into what has to be the role of her life, the mythical Helen of Troy, for a movie. Her relationship with her double in risk scenes is not, as it were, the best, and on top of that, an accident on set upsets the production plans and leads them towards an uncertain and unexpected future.

This is the start of the new book by Maria de la Pau Janer (Palma, 1966), All the Names of Helena (Destiny, Column in Catalan), which intertwines with her version of the Trojan War in her return to narrative after seven years without a new work. "In this time my life has changed a lot, many things have happened and some very hard, and that ends up affecting and influencing the writing," the narrator, who was widowed by Dr. Joan Corbella last year, told a press conference yesterday, to Who dedicates the book? "Corbella - she affirmed - accompanied a good part of the novel, he was reading it and making his comments, which I carry inside me, and all this accompanies me". "Now I hope that life does not have so many shocks," she stressed.

In the book, Janer alternates the two narrations building bridges between them and at the same time without being completely independent, because the classic story affects the current one, with some actors who succumb to the force of Helena, daughter of Zeus and "the the only mortal who can rival Aphrodite in beauty”, recalls Janer. "Helena also captivated me as a character," she says. A character "eternally divided, is a woman divided between two peoples, in which she was born and in which she took refuge, between gods and mortals, and between two loves", Menelaus and Paris, who used her as an excuse to make the war and “hide the ambition”. She is also an example "of the power that a legend can have, because the actors make it their own and the line between actors and characters is blurred."

In these two interrelated planes, Janer has wanted to focus a lot on emotions, and that is why the mythical war is for her "an example of all possible emotions, from anger and mistrust to desire, the desire for possession or fear. to loss." “War uncovers all the miseries and the great things,” he says. I have tried to explain it as it is, human beings who suffered to save or to conquer a city”, but offering a more focused look at the female characters.

“We have been sold the idea that women compete with each other and there is envy, and perhaps it is true, but I defend that there is another side to relationships between women, complicity, help, putting oneself in the shoes of another, that I've been interested in it for years and I claim it through my characters”. “The women in the current story are also very powerful, very strong and believable,” she notes. However, despite her predisposition towards female characters, the author ends up “present in everyone”: “I am also Hector, Achilles or Paris”.

For the Mallorcan writer, writing it “has been a challenge”: “Why complicate your life? I wondered, but I really did what I wanted, because as a writer I am selfish and ambitious to have a good time writing. My readers will recognize me, because I'm still me." She also points to a certain evolution in style, with short phrases, a desired precision, on the one hand because of the cinematographic reference and because she has come to the conclusion that “if an adjective is not necessary, it should not be written”. "I review each chapter many times, to refine the style and make it less bombastic."

The novel also includes some theme that already appeared in some previous work, such as the double –already present in Lola, the Ramon Llull Prize in 1999–: “Unconsciously it is one of my literary themes, women who physically resemble each other a lot. the others, although they have very different lives, and the complicity between them also appears”. A double game in which the relationship between the leading actress and her double, both under the shadow of Helena, could refer the male opposite to the Di Caprio-Pitt couple in Tarantino's film Once Upon a Time in... Hollywood, but in other coordinates, since, in addition, in the novel it has an evolution that marks the development of the plot.

Janer, who will soon return to 8TV to present an interview program, had been interested in mythology since she was a child, in an Olympus in which the gods "are the bomb!" like humans, "with its multiplied greatness, but also its miseries, in part precisely because of immortality, because the gods have time to remake it, even so it is not so important to them, instead the finitude of human life makes us keep in mind the effects of our actions. It is an idea that she reasons clearly: "If death were good, the gods, who take everything that is good, would be mortal." Luckily, she says, "there are many different ways of writing about death", and she gives the examples of Jorge Manrique, Lorca, Joan Margarit or Martí i Pol.

All this in a book written “so that the reader gets hooked”, although “it is not a love novel, but there is a lot; neither is it war, although there is; It's not psychological, but it's about emotions, thoughts, and it's not about mystery and intrigue either, but there's a lot of it”.