Marc Márquez wants to ride again this year, and although no return date has been set, if possible he will do so at the Misano test on September 6-7. 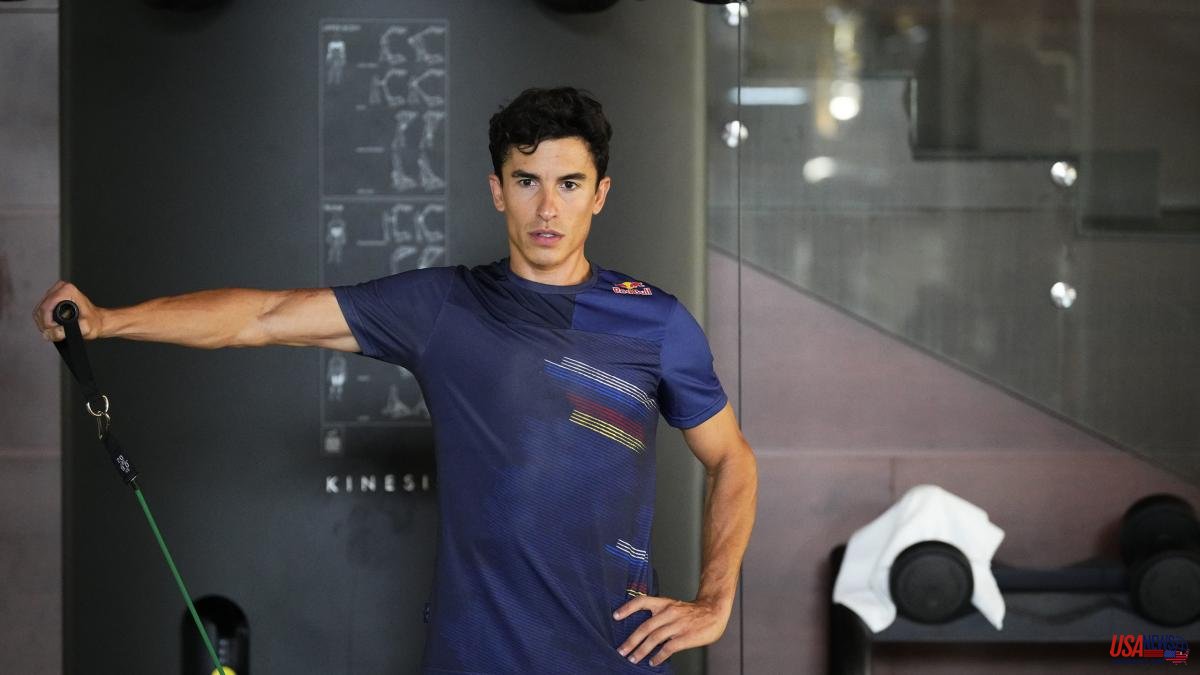 Marc Márquez wants to ride again this year, and although no return date has been set, if possible he will do so at the Misano test on September 6-7. It would be just three months after his fourth operation on his right arm, at the Mayo Clinic in the United States on June 2, after a hard phase of recovery and physical rehabilitation. "I'm optimistic, but I don't want to talk too much about the deadlines until we have the review; it's not the time to force it. I've waited a long time to have this kind of feeling," he explains through Repsol.

In an interview with his team's sponsor, Marc Márquez refers to his next medical check-up at the end of August as the crucial moment to decide if he can get back on the bike. "At the end of the month I have another check-up and from there we can go one step further with the rehabilitation and really start tightening and building the muscles," says Marc.

It has been 10 weeks since the fourth operation on the arm. "I feel good. Step by step I am feeling better and the bone is healing correctly, which is the best news of all. We are still in rehabilitation mode, I am working very hard on the cardiovascular aspect to try to be ready", comments the 93 in the interview, granted at his home in Madrid.

"Now I'm going in an easy mode. It's true that in the cardio preparation I've been working hard to try to improve and be ready. Now I'm running and swimming, working out in the gym with elastic ropes, lifting some very light weight on a special machine ", explains the Catalan.

"One of the key points at the moment is being my brother (Àlex). Because we live together, he trains and now that I have returned little by little I am going to train with him. If I lived alone it would be much more difficult for me to go to train. When you spend a long period of time on the sofa, you become lazy and it becomes more and more difficult," says the man from Cervera.

"It's been a fight, it's not been two days or two months that I've been fighting, it's been two years", comments the Repsol Honda Team rider. "Last year I won some races like that, but I had to fight a lot. In Jerez I realized that something had to change. It was tough and it's tough now mentally, not because I'm not racing, but because you always have this doubt about your arm. . I can't have surgery again. I'm convinced this one will be good, but these thoughts are always there in the back of your mind."

Márquez also referred to the "critical moment" that Honda is going through, without winning again since last year and with its riders lost. “Honda is at a critical moment. I am talking a lot with my team and trying to understand the 2022 bike, the situation and what is going on. That is why I will go to Austria, to talk to everyone and meet with the HRC staff from Japan. to work in the future. I'm also talking a lot with Stefan Bradl; we and Santi (Hernández, his chief mechanic) are working together and testing things, they both know how to drive. I want to stay connected. With the previous operation I disconnected too much and I want to be involved, so when I come back it's all fresh.