Marc Márquez announces his reappearance at the Aragón GP

Marc Marquez is back. 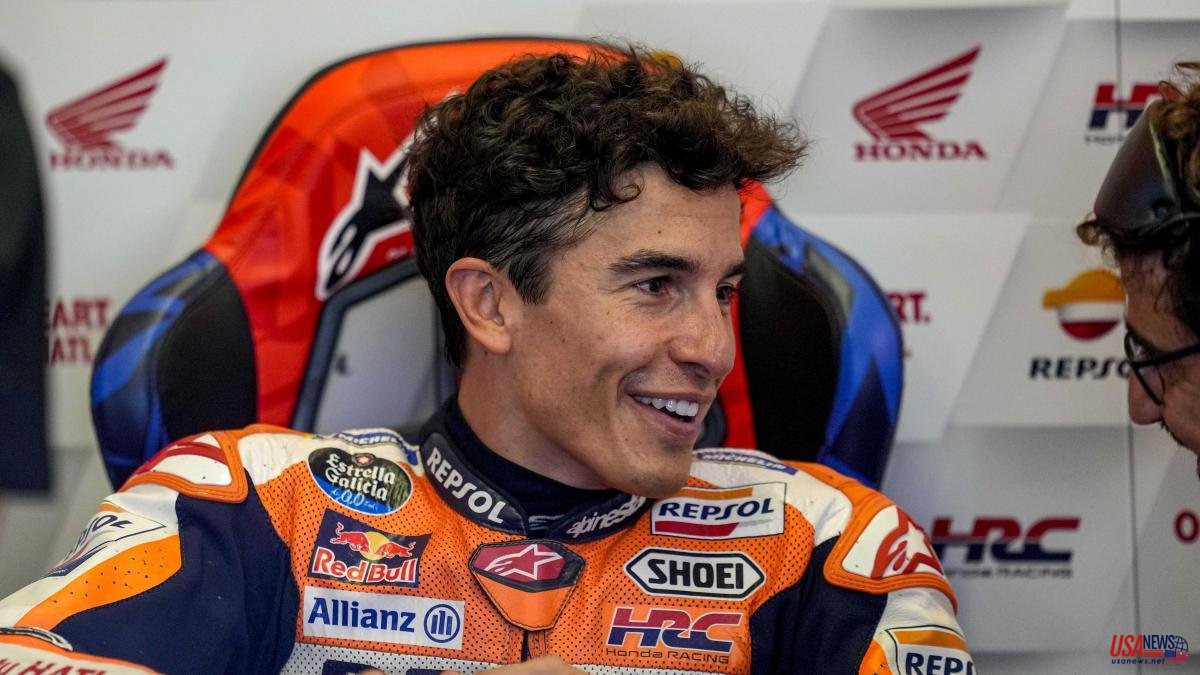 Marc Marquez is back. What seemed like a utopia when last June he decided to have surgery on his right arm is a reality. The eight-time motorcycling world champion will contest a grand prix again before he finishes the championship, something that was practically ruled out at that time.

It will be in Motorland, where this weekend the Aragon Grand Prix will be held. The Cervera rider himself confirmed it in a video on his social networks aimed at fans in which he appears with his characteristic smile from ear to ear. He has reasons for it.

"We will be competing at the Aragón GP. After talking with the doctors and the team, we have decided that the best thing for my recovery is to continue on the bike, accumulating kilometers for next year. To do it in Motorland, in front of the fans, it's priceless and I'm sure your support will help me endure the whole weekend. I'm looking forward to Friday to give gas", he explained.

The last time that Márquez had ridden a motorcycle was at Mugello on May 29. Three and a half months later, the Repsol Honda rider returns without setting any goals, beyond gradually regaining competitiveness.

Last Monday 93 was tested for the last time with a Honda CBR 600 street bike at Motorland and then he commented on the sensations he had with the Ruber clinical medical team and his circle of trust to decide to reappear in the MotoGP world championship.

He is expected to be one of the five drivers to appear at the official press conference next Thursday, before one of his favorite grand prix starts. And it is that in addition to racing in Aragón before a dedicated public, the circuit is doing especially well for the eldest of the Márquez, as evidenced by his five victories in eight races.

In addition, the layout is favorable for less aggressive driving for his right arm operated four times, since most of the corners are left.

Since going under the knife on June 2, Marc Márquez has been absent from six races: Catalunya, Germany, the Netherlands, Great Britain, Austria and San Marino.