Madrid won in the Metropolitano suffering only ten minutes

Real Madrid took all three points from the Metropolitano in a derby in which, even without Benzema, they were superior to Atlético, who did not find the pattern of play and was at the mercy of the whites' solidity, much superior in both areas , effective in the first part and strictly dedicated to defensive functions in the second. 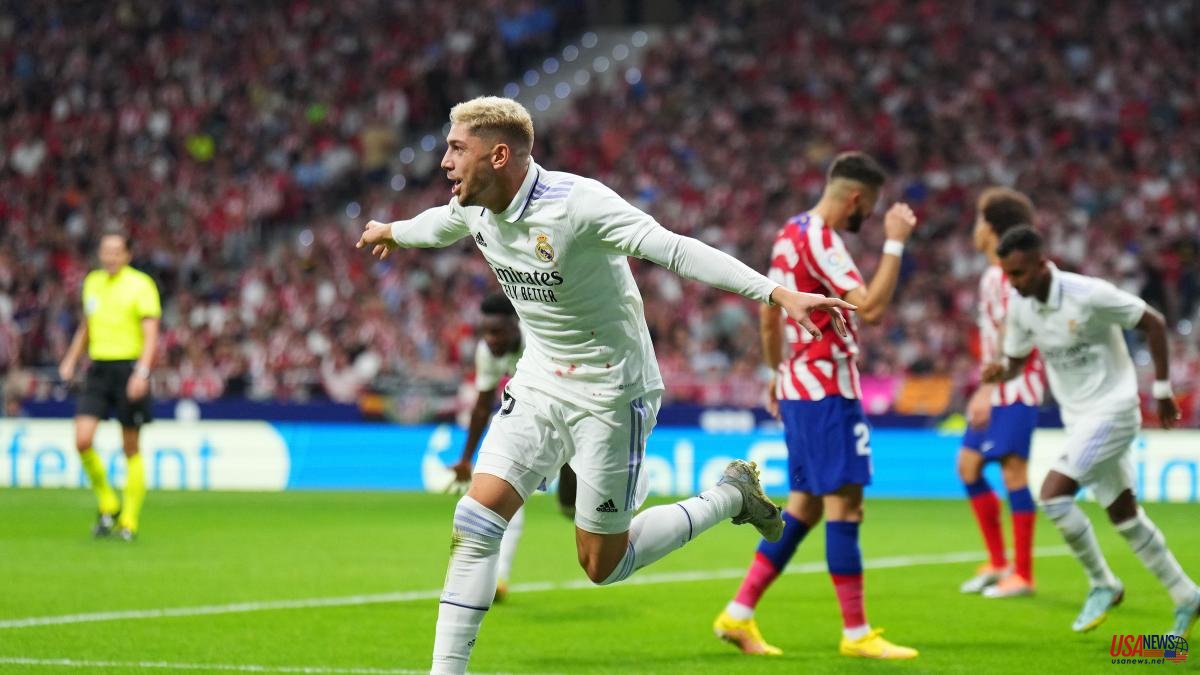 Real Madrid took all three points from the Metropolitano in a derby in which, even without Benzema, they were superior to Atlético, who did not find the pattern of play and was at the mercy of the whites' solidity, much superior in both areas , effective in the first part and strictly dedicated to defensive functions in the second. Quite the opposite of what had been offered until now. Atlético only really got into the game in the last ten minutes, when Hermoso closed the gap by scoring a goal with his shoulder from a corner. There wasn't much else.

The derby had the focus on Vinícius, who did not appear much, but when he did he was a knife that entered the mattress defense as he wanted. What the game did have was the tension that moved the stands, which insulted Vinícius with chants of “Vinícius, die” before and during the game, especially from the most ultra sector, that of the Atlético Front.

Vinícius fulfilled what was promised and in Rodrygo's first goal he joined his teammate's little dance. From the stands they threw lighters at him, among other objects, and at the request of the referee, from the loudspeakers they had to ask the public to refrain from throwing more objects onto the field of play.

Carlo Ancelotti planned the game as expected, with his gala eleven and Rodrygo playing Benzema. At Atlético Simeone was braver than usual and for the first time this season he took out Griezmann from the start alongside João Félix, but his team did not play with three points because Morata was on the bench.

Atlético's plan was to keep the ball with a very pressing midfield. As far as possession is concerned, the plan worked for Simeone, but he did not get the right returns because Madrid had much less of the ball to score two goals in the first half. The first came shortly after the quarter of an hour, a pass from Tchouaméni and a shot from Rodrygo Goes by the entire squad that left Oblak nailed.

Atlético responded with more courage than a good game. He had isolated occasions, more a product of his insistence. Felipe had the first, a header that went high; Griezmann the clearest, a distant shot that Courtois took with a great hand, another that took all the possible insults, like every time he returns here, and at the very end another one from Carrasco, covered again very well by the Belgian goalkeeper.

Before the break, in the 35th minute, Madrid's second goal came, a pass from Modric that allowed Vinícius to gallop. The Brazilian's shot deflected it to the Oblak stick but Valverde appeared irrepressible there to catch the rebound and send it to the net. The Uruguayan has scored in the last three games.

Atlético went all out in the second half with very advanced pressure. Madrid, either because they saw it very easy, agreed to fall back and live around Courtois.

At game time, Simeone introduced a double change: He brought out Cunha and Morata and retired João Félix and De Paul, thus going on to play with three forwards; two them nines. Then Correa entered for Koke, another striker.

The scoreboard seemed immovable but in minute 83 Hermoso scored with his shoulder after a corner. Atlético suddenly revived and the game heated up, with a brawl included. Hermoso saw the second yellow for a struggle with Ceballos and ended up being sent off. Madrid suffered until the end, but their goal was not in any more trouble. He has nine wins in a row and maintains the lead. After the national team break, Benzema will return. Everything works for Ancelotti.