Macron honors the president of the United Arab Emirates

Autocrats do not like to give explanations, even less so press conferences abroad. 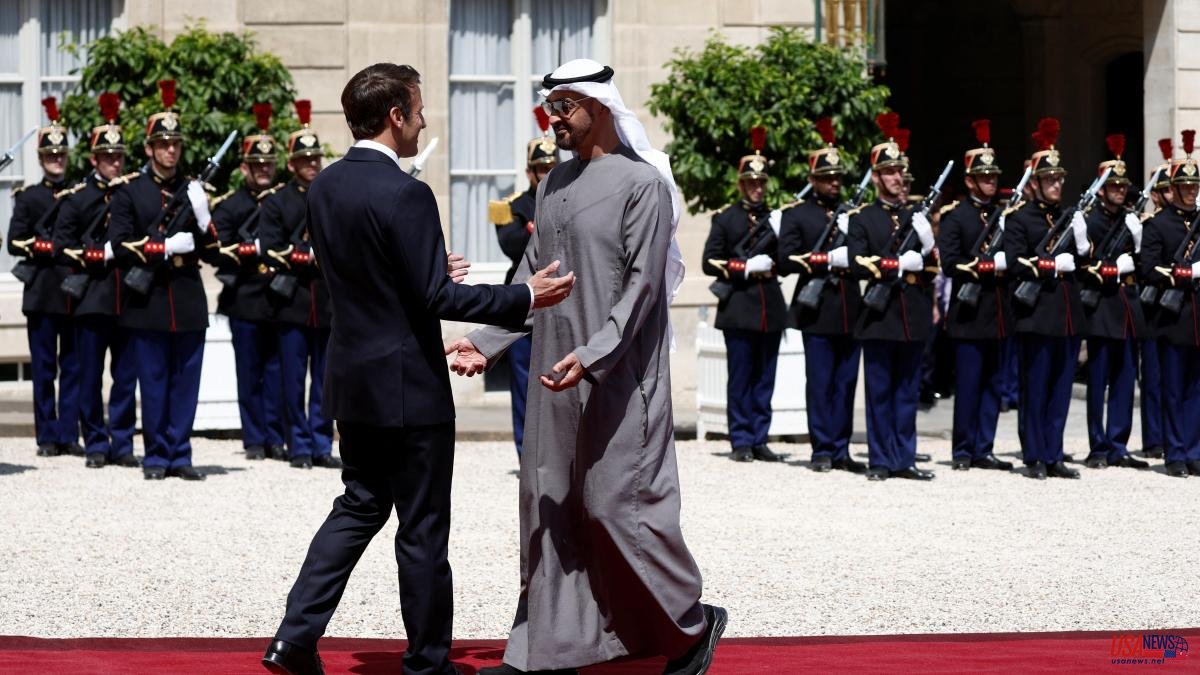 Autocrats do not like to give explanations, even less so press conferences abroad. Very uncomfortable questions could arise, for them and for their hosts. That is why there was no meeting with journalists yesterday during the visit to Paris of Sheikh Mohamed bin Zayed al Nahyan, known in the diplomatic sphere by the initials MBZ, who is emir of Abu Dhabi and, at the same time, president of the United Arab Emirates (UAE).

Emmanuel Macron entertained the guest as is done with strategic allies. In this case even more so, because he is an excellent client of French arms, a valuable investor and a large oil producer. Bin Zayed arrived at the Elysee with an escort from the Republican Guard, on horseback. In the evening they treated him to a "state dinner" at the Grand Trianon in Versailles.

A few days after Joe Biden's controversial fist bump in Yida with the Saudi crown prince, Mohamed bin Salman (MBS), despite the fact that the CIA itself considered him the instigator of the brutal murder of journalist Jamal Khashoggi in 2018, Macron has seen with MBZ, who is a close friend of MBS and his ally in the war in Yemen.

Pro-human rights organizations based in Paris cried out in heaven for the honors bestowed on the emir of Abu Dhabi. The International Federation for Human Rights (FIDH), the League for Human Rights (LDH) and the Gulf Center for Human Rights (GChr) asked Macron to evoke before the Arab leader the serious violations committed by his regime authoritarian and to request the immediate release of opponents and activists such as Ahmed Mansur, sentenced to ten years in prison in 2018 for having criticized the Emirati authorities and damaged the country's image on social networks.

Macron has stated on several occasions that he does not hesitate to raise human rights issues, however cumbersome, in his meetings with world leaders. But geopolitical and economic interests end up prevailing over moral conditions.

Relations between France and the UAE have been intense for decades in the economic, military and cultural fields. In 2017, for example, a branch of the Louvre museum was opened in Abu Dhabi, the most ambitious French cultural project abroad.

A milestone in the bilateral relationship was the announcement, last December, during a visit by Macron to Dubai, of the purchase by the UAE of 80 Rafale fighter-bombers, the jewel of French armament, produced by the firm Dassault, and of the missiles with the that are equipped, manufactured by MBDA. It is a multi-million dollar contract that ensures thousands of jobs in France for years and is a lever of French influence in the Middle East.

In addition to its importance as an energy supplier, the UAE is a global financial power through its investment funds. One of them injected 4,000 million euros in the French Public Investment Bank (BPI). There is a desire, confirmed by the last visit, for greater cooperation in the field of energy, new technologies (hydrogen) and food security.

Despite the volume of shared business, the harmony between France and the UAE is far from being absolute. The Emiratis remain uncritical of Moscow in the Ukraine war and have been reluctant to increase their own oil production to make up for crude that the West does not buy from Russia. It is not a matter of pushing the price down. But the most delicate point of the relationship is the war that has been waged for years in Yemen and in which the UAE are prominent protagonists. Paris insists that the weapons it sells to the UAE and its Saudi allies are not offensive, although there are more than reasonable doubts that this is the case. France prefers to look the other way. She might choose discretion, but she has compelling reasons to indulge MBZ with the utmost pomp and circumstance, including dinner at the Sun King's palace.