It is incongruous in Brazil, the country of the carefree “tudo bem”. 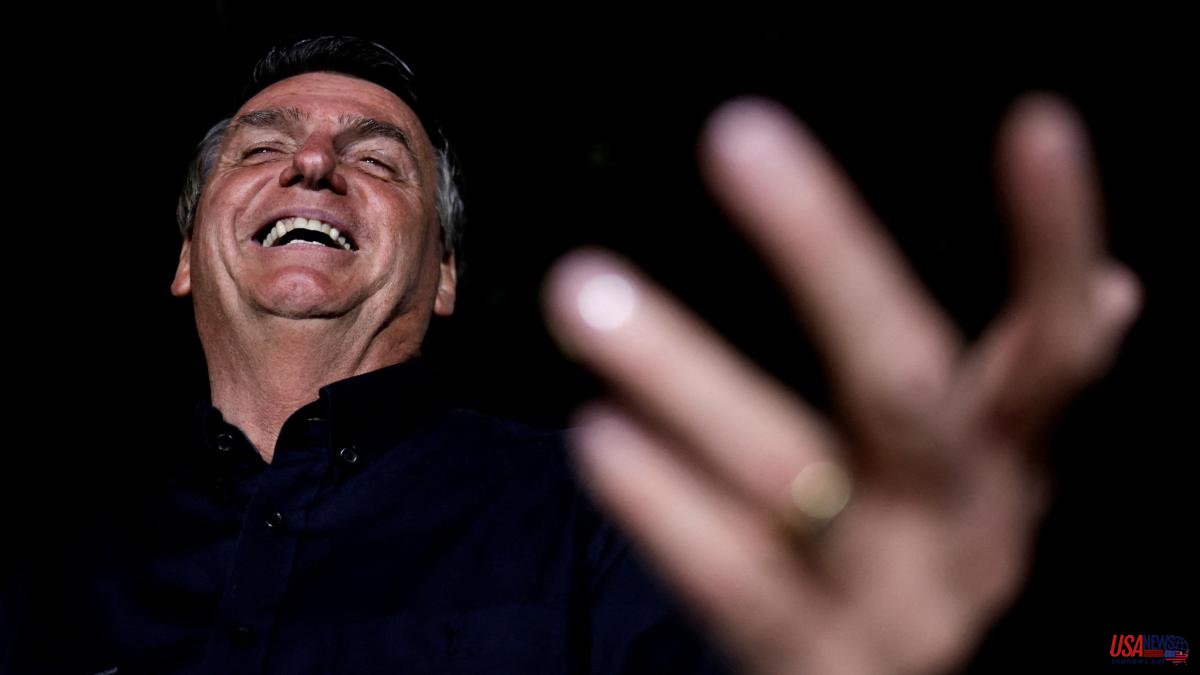 It is incongruous in Brazil, the country of the carefree “tudo bem”. But, after the narrow victory of the historic leader of the left Luiz Inacio Lula da Silva yesterday against the ultra-conservative rival Jair Bolsonaro in the first round of the presidential elections, the final elections on October 30 will involve a violent clash of ideologies without parallel in any other country.

In an epic battle between class politics and culture wars - with conservative Christianity already a potent force in these elections - Brazil has become the main laboratory of extreme global polarization. Given the importance of the Brazilian Amazon for the climate future, the second round will be of planetary importance.

Lula, who won 48% of the vote against Bolsonaro's 43.5%, a difference of more than six million votes, will be the favorite in the second round. In the current era of democracy since the end of the dictatorship, no candidate who won in the first round has lost in the second.

The former president has demonstrated his ability to build a large progressive coalition from his fiefdoms in poor northern and northwestern states to the enlightened urban classes of cities like Belo Horizonte, Rio, and, to a lesser extent, Sao Paulo. He now he will enlarge it. "We are willing to talk to anyone," he repeated at a rally in Sao Paulo, referring to the two candidates eliminated on Sunday, with eight million votes: Simone Tebet -4% of the vote- and Ciro Gomes -3%.

Lula needs 1.8 million votes to win in the second round and there is hope in the PT that Tebet - who stood out favorably in the television debates - can support his candidacy.

But the news on Sunday was the great resistance of Bolsonarism. Lula's victory was much narrower than expected in the polls of the big media groups. "Bolsonarianism, an ideologically oriented conservative movement, is already the political preference of half the population despite the pandemic that cornered the Bolsonaro government," says Lucio Rennó of the University of Brasilia.

After denouncing endlessly a conspiracy by the media establishment with the complicity of the electoral authorities, Bolsonaro rubbed his hands when checking the difference between the polls and the results. "We have defeated Datafolha's lies," he said.

Behind the large vote for Bolsonaro hide 51 million middle-class Brazilians who turned against the PT during Dilma Rousseff's presidency and who feel comfortable with a president whose far-right speech has turned Brazil into an international pariah. "With Bolsonaro we are discovering who we are," historian Antonio Jorge Ramalho in Brasilia said in an interview.

The Bolsonarist right did well in the elections for Congress and for governors in 27 states. Bolsonaro's party - the Liberal Party - already has the largest representation in the House, with 99 of the 513 seats, up from 77 previously.

In the Senate, the Bolsonarist parties already have 35 seats in the Senate compared to 11 for the Lulista bloc. The victory of the evangelical minister Damares Alves – very close to Bolsonaro and his young wife, the fervent evangelical Michelle – in the federal district of Brasilia, is a symbolic advance for right-wing Christianity. Likewise, although he is not an ally of the president, the election to the Senate of Judge Sergio Moro, who imprisoned Lula in 2018 in a trial later annulled for irregularities, confirms the strength of the new right engendered in the anti-PT wave of 2013. -2016.

The main battle in the second round will be fought in Sao Paulo, where Lula trained as a union leader in auto plants in the 1980s. Bolsonaro won the state by eight points. Of course, Fernando Haddad, the PT gubernatorial candidate and former mayor of Sao Paulo, managed to avoid being defeated in this first round by the Bolsonarist candidate Tarcísio de Freitas, and may have a chance in the second round.

Instead, in Rio de Janeiro, where Bolsonarism is linked to paramilitary groups, the current governor, Claudio Castro, an ally of the Bolsonaros, swept the first round against his rival, the lawyer Marcelo Freixo, party partner of councilor Marielle Franco. , assassinated by these same paramilitaries.

In the midst of the surprise at the strength of the Brazilian right, it is not convenient to underestimate the resistance of the PT, a political actor on the way to extinction four or five years ago. Lula's party has raised his presence in the Chamber from 56 to 68 seats out of a total of 513. Bolsonaro outlined his future strategy in Brasilla on Sunday night. "I understand that there is a desire for change in the population, but changes are not always good," he said. “Look at Argentina, Chile, Colombia”, he repeated three times.