Luis García Montero: "Some speak of freedom with the same impudence as the Stalinists of socialism"

Luis García Montero (Granada, 1958), poet, director of the Cervantes Institute, widower of Almudena Grandes, brings together his texts in a book, from theater to poetry and essays, around the figure of Prometheus, the titan who stole fire from the gods to deliver it to humans, suffering for centuries the fury of the divinities. 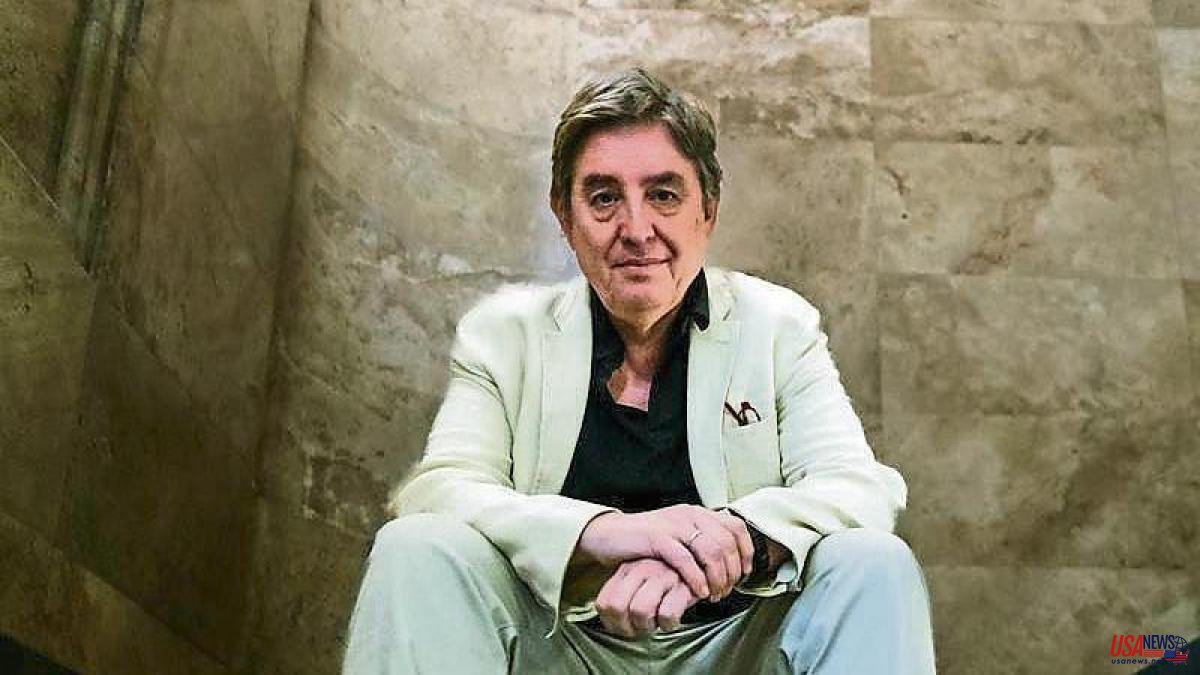 Luis García Montero (Granada, 1958), poet, director of the Cervantes Institute, widower of Almudena Grandes, brings together his texts in a book, from theater to poetry and essays, around the figure of Prometheus, the titan who stole fire from the gods to deliver it to humans, suffering for centuries the fury of the divinities. In Prometeo (Alfaguara) García Montero wonders if the titan's bravery was worth it, he attacks postmodernity that has paved the way for neoliberal economics and advocates giving the Enlightenment a second chance.

He denounces that postmodernity has been decisive for the current neoliberal order. Why?

Postmodernity, which began as a critique of the failures of modernity, became an invitation to go free. Modernity, very proud of itself, could believe in immutable truths that hid the legitimacy of exploitation, machismo and colonialism. There critical awareness was very necessary. But if the critical conscience goes from being a questioning to an absolute discredit, the law of the strongest is finally invited: this has no fix and free hands to do what we want. It is the America in which Derrida's ideas of deconstruction triumph that Trump wins as well. And the idea that institutions are bad and true freedom is not having institutions. When Trump assures that his are not lies but alternative realities, I think of a deconstructive postmodernity where it is believed that there is no truth and the word has no substance and everything depends on the reconstruction that we want to make of the content of the word.

Neoliberal culture has sought that. Absolute relativism and even the negative aspect of everything that is not relativistic. Everyone is equal does not happen only by saying that everyone steals the same thing but that everyone has marked ideas and submits us to those ideas without respecting the relativity of the world, each one according to their interests. And what ends up being paid is a bill that is disbelief in collective navigation and in ideas and institutions that collectively protect the common good.

He affirms that the neoliberals speak of freedom with the same unbearable impudence that the Stalinists spoke of socialism.

There are people who use the concept of freedom with the same impudence that the Stalinists used the word socialism to impose their terror and obtain their benefits and their forms of control. Socialism is a very respectable idea that I share, but a socialism that does not want to coexist with freedom ends up in horrible tyrannies. And a freedom that does not want to coexist with mechanisms of equality ends with the impoverishment of the majority that produces the excessive profits of the elites, a dynamic that produces thousands of deaths. The law of the strongest applied to the economy generates terrors as shameless as those generated by Stalinism in the name of socialism.

It advocates recovering the enlightened civilization that postmodernity has attacked. How?

I believe that reason and modernity should be given a second chance rather than put an end to it. What is needed is a critical conscience that settles accounts with its errors, but also a conscience that knows how to vindicate its values ​​because barbarism remains outside of them. The most serious thing in modernity has been the separation between reason and the heart. The reasons without feelings end up in barbarism and vice versa. Making a speech that avoids the bankruptcy between reason and heart is essential. Reason has failed, but in the name of its failures, assuming and exalting the patriotic sentiments that subject human rights to flags seems extremely dangerous to me. Feelings have failed, but distancing technique and science from humanistic feelings and culture leads us to weapons of mass destruction and concentration camps.

Why do you think the pandemic has ended postmodernity, has buried it?

I thought that but the Ukraine war has been a jug of cold water. I think modernity is inseparable from European culture and I think that it responded very well to the pandemic, it understood that the solution was collective and that countries should help each other. And Europe became aware of European measures. That gave an opportunity to care and the idea that what unites us is not arrogance but the feeling of weakness. But the war in Ukraine arrives, the 21st century is getting old before it is 22 years old and I don't think Europe is going to come out stronger. Solidarity with Ukraine and Putin's denunciation are fundamental, but what the pandemic meant for the European project was blown up with Putin's bombings because they have once again submitted us to American interests. I don't think Europe should be at the service of the US, it should think about its own future.