LPFF and RFEF fail to unblock the arbitration strike: "There is no agreement"

Four days before the start of the second day of the competition there is still no agreement between Liga F and the Federation to unblock the strike of the arbitration group. 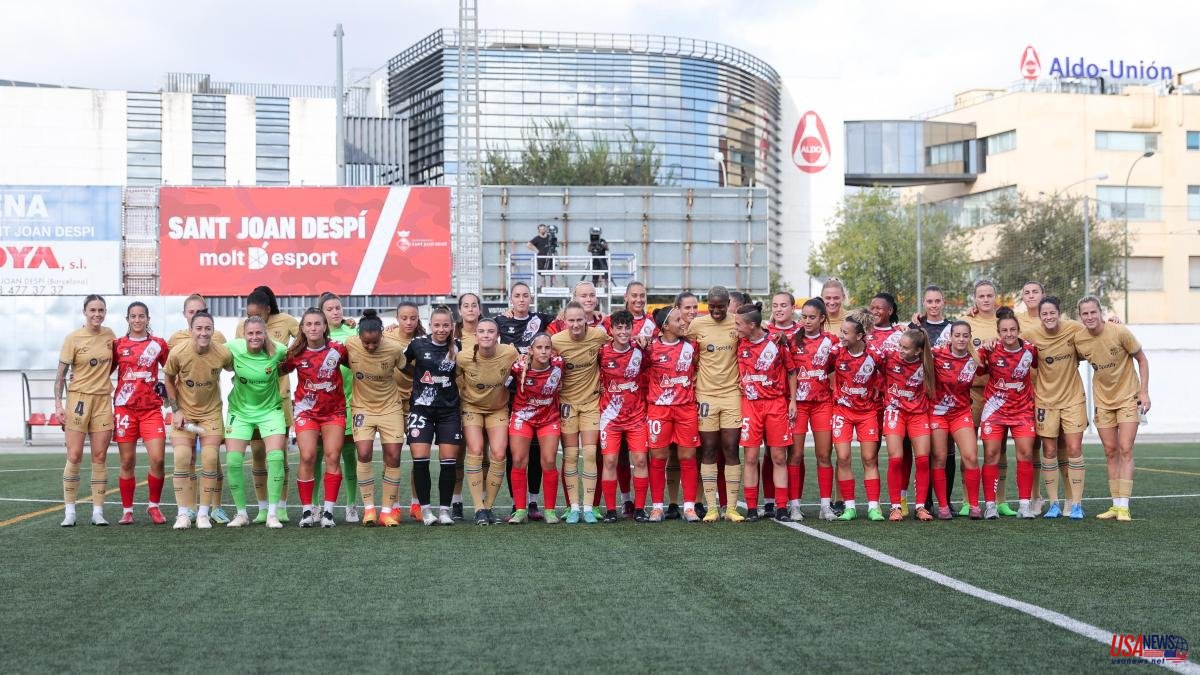 Four days before the start of the second day of the competition there is still no agreement between Liga F and the Federation to unblock the strike of the arbitration group. After an unsuccessful meeting this morning, the Higher Sports Council (CSD) has urgently summoned the parties to try to find a solution once and for all. There have been more than two hours of meeting in which the CSD, headed by its president, José Manuel Franco, has mediated offering a proposal to both parties.

The CSD proposes to maintain the gross salary for the main collegiate members at 25,000 euros per year, but raises that of the assistants to 16,000, two thousand euros more than what the Professional Women's Soccer League (LPFF) had offered until now. The proposal has been accepted by the employers, confirmed its president, Beatriz Álvarez: "We are willing to make an effort." But it does not seem to be enough for the Federation: "We will transfer it to the referees now, but the difference today is very minimal and yesterday they already stated that they felt undervalued with that proposal," warned Yolanda Parga, head of female refereeing at the RFEF .

Hours later, the refusal of the arbitration group to accept this proposal, which they see as insufficient, was confirmed. The referees feel that they are being treated "unfairly" and would even be willing to go "to higher instances", such as the Ministry of Equality, according to the Cope chain.

The only thing on which both parties agree is that the sensations after the last meeting "are similar" to those of yesterday, that is, that the positions are still very far apart. "The competition must be sustainable," Álvarez remarked. Along these lines, the CEO of the F League, Pablo Vílchez, has pointed out that the context of the competition must be taken into account: "We have to know where we came from in the refereeing receipt and where we are now". Vílchez has broken down the figures, pointing out that a main referee would go from charging the current 300 euros to 1,666 per game (25,000 per year), while an assistant would see her rate raised from 168 euros per game to 1,066 (16,000 per year), noting that This is a remarkable rise.

For his part, Parga did not want to reveal whether the referees have sent them an economic proposal different from the 50,000 euros per main referee that they claimed yesterday and explained that the Federation has been willing to reduce the RFEF's arbitration expenses by 650,000 euros. , those related to travel, diets, seminars... and has assured that they are "trying to reach an agreement and be as flexible as possible".

The next meeting is scheduled for Thursday, at the headquarters of the Higher Sports Council, but it remains to be seen if there are movements beforehand, taking into account that the referees would be willing to go to higher instances than the CSD to mediate between the parties.

Time is short if you want to save the second day of the League. At the moment, in addition to the first day of the F League, the Queen's Cup has also been affected by this strike. In the first round of the cup competition, the duel against Levante Las Planas in Tenerife could not be played, nor will it be played tomorrow -if there is no agreement- that against Alhama, the two First Division teams, those in which the collegiate must also be of the highest category and, therefore, are on strike. Yes, the rest of the clashes with rivals from lower categories have been played normally.